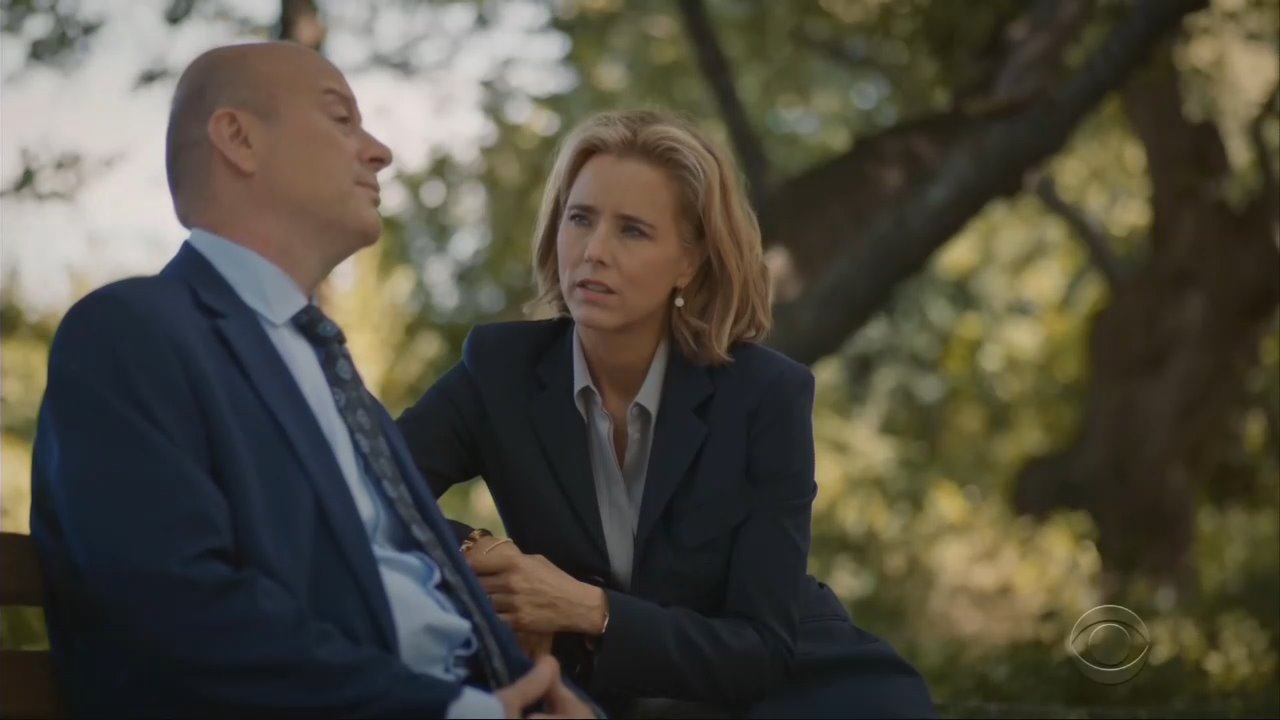 CBS’s Madam Secretary already hit peak liberal fantasy with Hillary Clinton herself gracing the small screen last week. However, that won’t stop the show from pushing left-wing propaganda in other areas. Buckle up, everyone, we’re in for another crazy Russia conspiracy, this one involving the far-right in Poland and white nationalists in America.

The October 14 episode “The Chaos Game” follows up on the recent attack on the White House by the white nationalist group Aryan Popular Force. When a young member is arrested with the ingredients for a bomb, the CIA discovers a connection between the supremacist group and an outlandish far-right Polish politician named Alek Starowolski. Considering the politician is, as Secretary of State Elizabeth McCord (Téa Leoni) describes, “anti-immigrant, anti-Muslim, [and] anti-Semitic,” it seems only obvious to them that there’s a conspiracy involved with the youth who decries the “liberal fantasy about diversity and multiculturalism.”

As the episode continues, a new wrinkle is found regarding this connection. It appears that both the Polish politician and, to a lesser extent, the white nationalists are funded by…Russia. I’m surprised they haven’t blamed global warming on the country by now. They have found a way to tie them to the Confederate flag, though.

Elizabeth: So the whole time Starowolski's been out there railing against the great Russia threat to Polish Independence, he's been on the Russian payroll?

Jay: Russia does know how to play a deep game.

Elizabeth: The Russian part, that doesn't surprise me. Alek Starowolski, leader of a metal band, rises to Parliament. An ego like that, letting himself be bought out? That's surprising.

Daisy: Especially knowing the whole time this could bring a mob to his door if it ever got out.

Jay: This was taken at a far-right rally in Warsaw this spring. Nazi imagery is restricted in Poland, so this is what they're using instead.

Jay: What if this is Russia using our own history to drum up some kind of global conspiracy of far-right lunacy against us?

Daisy: Okay, but there's nothing here to suggest Russia knowingly funded the attack on the White House.

Elizabeth: Unless the Russian connection gives us a way to contain it.

It’s no wonder liberals believe that the 2016 election was hacked. After all, “there’s nothing to say they didn’t,” and apparently Russia can do anything now. I, for one, would love to have seen how Hillary Clinton would have saved the day on that.

Furthermore, it’s interesting to note that they even manage to give some blame to the Confederate flag, of all things. Along with the racist image they force on the flag, Madam Secretary now paints it as a symbol akin to “Nazi imagery.” Even worse, it somehow drums up far-right sympathies worldwide which is posing a problem to their international alliances. Russia can be the evil mastermind, but sadly those alleged Southern racists still can’t be left off the hook. Leftist derangement clearly knows no bounds.

That ridiculous mindset is on full display again when Elizabeth’s husband Henry (Tim Daly) interviews the white nationalist suspect Nathan Cleminger (Gus Halper). Although the young man spouts many nonsensical beliefs, the scene also makes sure to highlight what he doesn’t believe. Namely, anything liberal. Let the record show that this series has no idea how a real right-winger behaves. He prefaces his ramblings saying that “I know the liberals want to pretend like we're all one happy family, but it's not true” and it goes on from there.

Nathan: All we're trying to do now is just stand up for our people, our culture.

Henry: You feel that your culture is threatened?

Nathan: Every day. Every minute. Multiculturalism is a travesty whose entire aim is to eradicate my culture, my people, my history. And we'll rise up against any -- any person or institution that threatens our dominion.

Henry: Including the U.S. Government?

Nathan: If it fails to protect our security and our borders, yeah. That's in the Declaration of Independence, man. It's the duty of people to rise up.

Henry: So, would you call yourself a revolutionary?

Nathan: Your word, not mine.

Once again, the true heroes of the show turn out to be the left-leaning Secretary of State's office. The episode ends with Elizabeth boldly standing up to the Russian Foreign Minister regarding this connection, vowing “no reckless attack on our democracy will ever shake America's commitment to her core values.” This is supposed to be inspiring, but all I’m seeing is someone playing in a fantasy world.

Madam Secretary keeps trying to play to the world it wishes we lived in rather than the one we have. If their dream world involves omniscient Russia and bomb-making white racists, I think I’m happier staying back in reality.