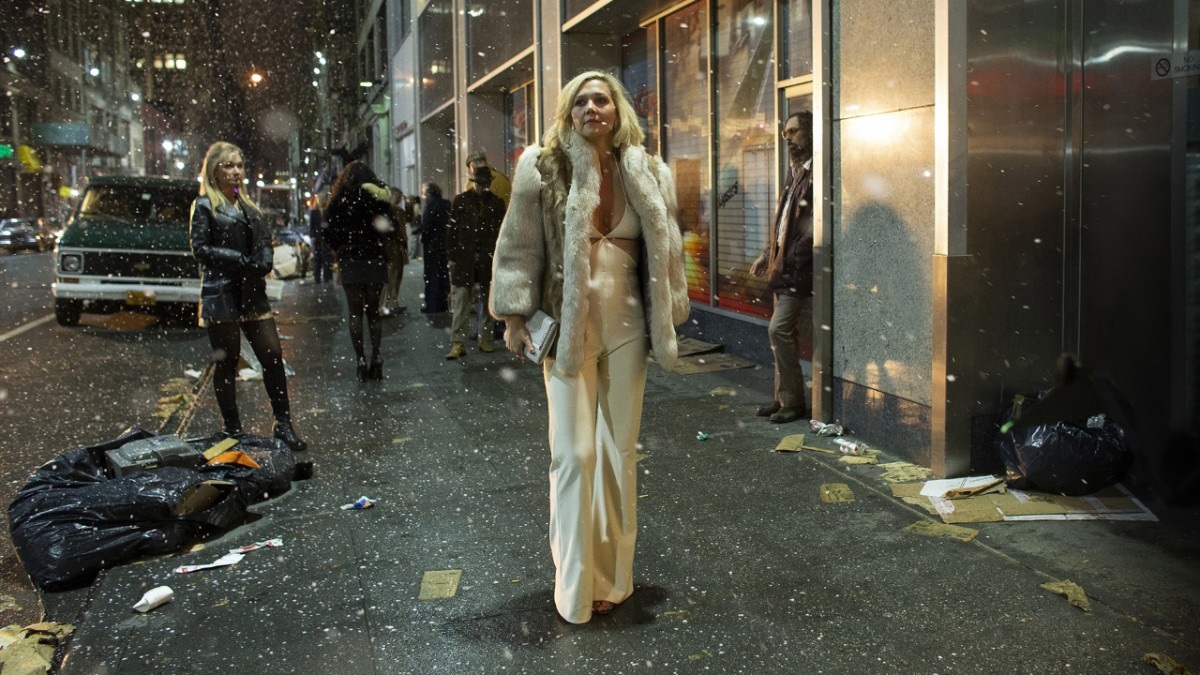 Contrary to popular Hollywood belief, our country’s not going down the tubes because our president is Donald Trump. Our country’s going down the tubes thanks to shows like HBO’s The Deuce being renewed. The David Simon-produced, James Franco-led series continues to exploit its MA-rating under the guise of being edgy television. Even more shocking, they seem to be getting away with it!

The September 9 premiere, titled “Our Raison d’Etre,” fast forwards the series from 1972 to 1977, but very little has changed in its structure. There are still numerous scenes involving nudity, sex, exploitation, and lewd images (including one distasteful shot of penis Christmas decorations). In fact, the season 2 premiere goes further by once again displaying gay sex, this time for no plot reason at all. No main character is involved, we just walk into a gay club. Heaven forbid we go one minute without thinking about sex or seeing unnecessary graphic depictions.

At the center of all this is the plot of Vincent (James Franco) looking for his twin brother Frankie (also James Franco) to pay back their debt to the mob. This might be the height of the show’s irony considering James Franco alone has had multiple sexual assault accusations, including from actresses who claimed he acted inappropriately in sex scenes with them. But apparently, the #MeToo movement wasn’t enough to affect the series since Franco not only retains his roles but gets a sex scene in the final moments of the episode. Hypocrisy doesn’t begin to describe something the New York Times simply calls “the elephant in the room.”

Harvey: What are we doing here? Come on. So now we're making art?

Harvey: It's too cutty. You're all over the fuckin' place. You're never anywhere long enough to focus. As soon as you're settled into one shot, you are racing to something else.

Candy: Well, it's the road to an orgasm.

Man: I think it works, man. I mean, it's based on the cemetery scene from Easy Rider. You know, the acid trip.

Candy: It's the TV repairman.