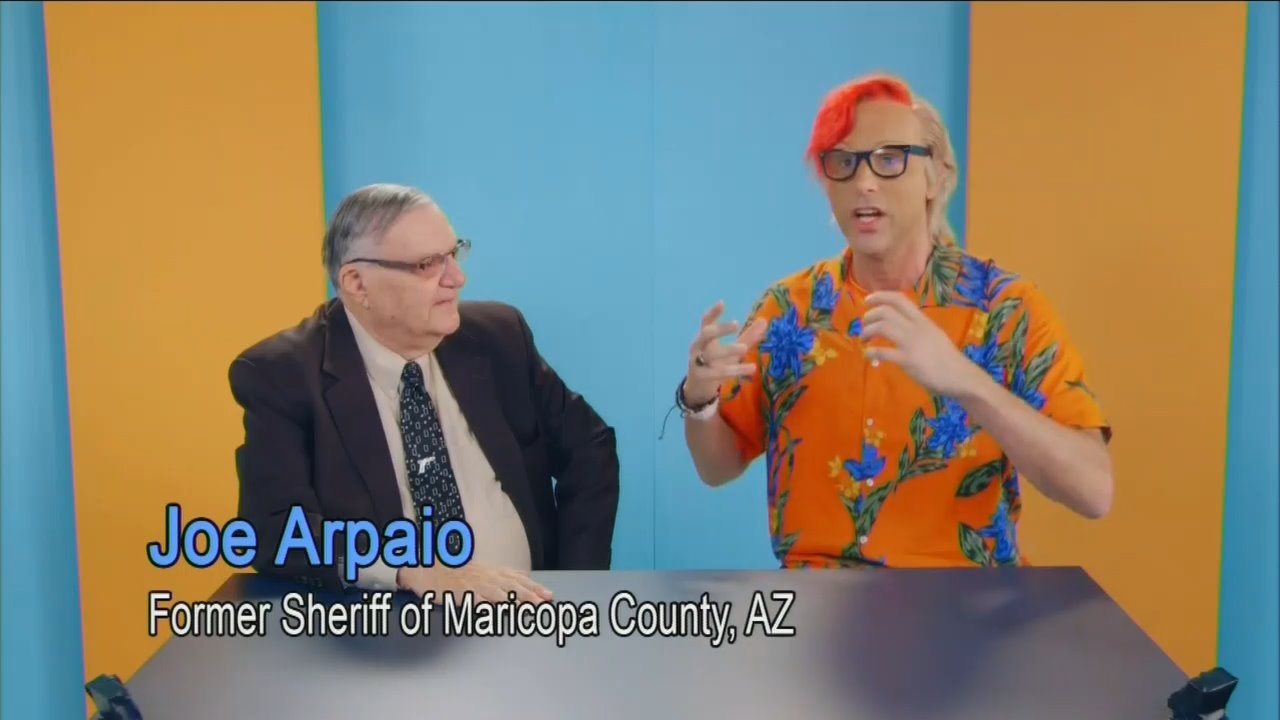 Showtime’s Who Is America continues to document Sacha Baron Cohen’s appalling targeting of conservative figures disguised as entertainment. Of course, the result is not entertaining in the slightest which explains why hardly anybody watches it. The latest episode follows the downward spiral by lumping in former Sheriff Joe Arpaio and the golden shower tapes.

The August 5 episode features a surprising appearance by Sheriff Joe Arpaio who was pardoned by President Trump in 2017. In the scenario, Cohen plays a YouTube personality known as “Omgwhizzboyomg” who talks to the sheriff as he unboxes a Shopkins package. Naturally, Cohen quickly aims to portray Arpaio as a blustering idiot by having him lecture a toy on gun rights.

Joe Arpaio: Of course I know him.

Joe Arpaio: Great man. I've been with him, introduced him, from day one, from all the campaign.

Joe Arpaio: Oh, he's got money, but, you know, he doesn't act like he's rich.

Omgwhizzboyomg: So, do you think President Troomp -- He's your friend. Do you think he might have had a golden shower?

Omgwhizzboyomg: Or in America. In Washington. In the White "Hoose"!

Joe Arpaio: Well, I'll -- I'll tell you one thing. If he sees this, uh, and the way you're speaking, he's gonna like you, because you're -- you think like he thinks. And this is very, very interesting. And -- and let me tell you, I became sheriff when I was 60 years old.

Omgwhizzboyomg: My first job was a hand job from my mother, and it was newspapers. What was your first hand job?

Joe Arpaio: So, let me say this. Me. Whatever I did in my life, I always did that extra. It gets me in trouble sometimes.

Omgwhizzboyomg: You wanted to give the best hand job possible.

Joe Arpaio: I may have to say yes.

Liberals never seem to let that golden showers story go. Never mind that there’s no proof of it being true. All that matters in the end is if it makes Trump look bad.

Likewise, Cohen continues to do everything in his power to make conservatives look bad through deception and mockery. It doesn’t matter if the truth gets buried so long as he can laugh at the people tricked to speaking with him.

As usual, there are no segments mocking extreme liberals despite there being no shortage of material in real life. The show portends to ask the grammatically incorrect question “who is America?” and it appears their America is one in which conservative figures are humiliated for the crime of thinking differently. Sounds like the perfect platform for the DNC nowadays.