'For The People' Lawyer Admires Obama, Claims 'I'd Be Better' Than Ted Cruz 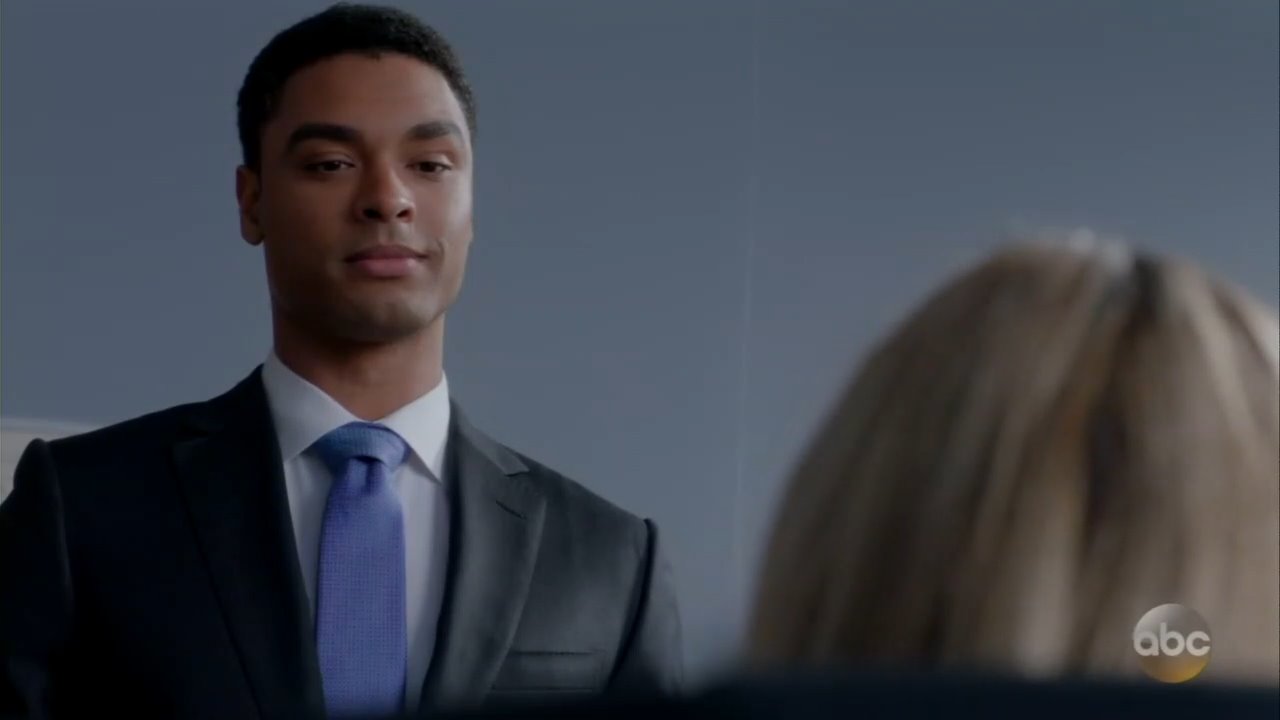 ABC’s For The People finally finished its first season, and once again, it’s no secret how these people will vote come November. Over the past ten weeks, we’ve covered racial bias (twice), a defense of Kathy Griffin, and even a clear rewriting of political history, so what could the finale have in store? The answer is one last moment of respect for the first black president, with a jab at a Republican thrown in for good measure.

In the May 22 finale “This Is What I Wanted To Say,” prosecuting lawyer Leonard Knox (Regé-Jean Page) meets with his senator mother as she discusses an opening position up the political ladder. Although Leonard is still relatively new to his current position, his mother favorably compares him to another famous figure who rose to the top with little experience. I guess we couldn’t escape one season of a new Shondaland show without one reference to the great Barack Obama.

Leonard: So, what's the word? Who's the AG looking at as a replacement?

Leonard: You're not leaving the Senate.

Senator Knox: He's looking at me for names. And I only gave him one -- you.

Senator Knox: Well, at least we know you'll be able to find your office.

Leonard: Is it too soon? I just got to the Southern District.

Senator Knox: Barack Obama had just gotten into the U.S. Senate when he ran for President. Opportunity is opportunity. This –

Leonard: Is an opportunity.

Senator Knox: You did your time in New York. You come home to Texas. Accept the Attorney General's appointment as Solicitor. You do the job we both know you can do. Then you use it to launch yourself into the United States Senate.

Leonard: I'm really settling in at this office. Some of the people I work with, we're starting to click.

Senator Knox: I'm sure they'll forgive you when you invite them to the White House. Because that's where you're headed.

To those of us who actually paid attention to Obama's awful eight years as president instead of simply fangirling, citing his meteoric political rise is a cautionary tale that should give anyone pause.

Just in case that brief reverence of President Obama wasn’t enough, the episode follows up with a name-drop of Ted Cruz. This one, however, is a lot less admirable. The Next President Obama thinks he's better than him.

Leonard: I have a job offer.

Kate: You were going after Max Gillespie's job in Public Corruption.

Kate: Y-you have an offer to be the Solicitor General of Texas?

Leonard: I'm only a few years younger than Ted Cruz was when he had the job. And I think I'd be better.

Kate: So you're gonna take it?

Yes, Barack Obama is a perfect inspiration to be emulated while Ted Cruz's impressive achievements can be easily bested. At this point, subtlety’s hit the bricks in favor of scoffing, but it’s hardly anything more than what we’ve been through this season. Let’s just hope it doesn’t get any worse come season two.