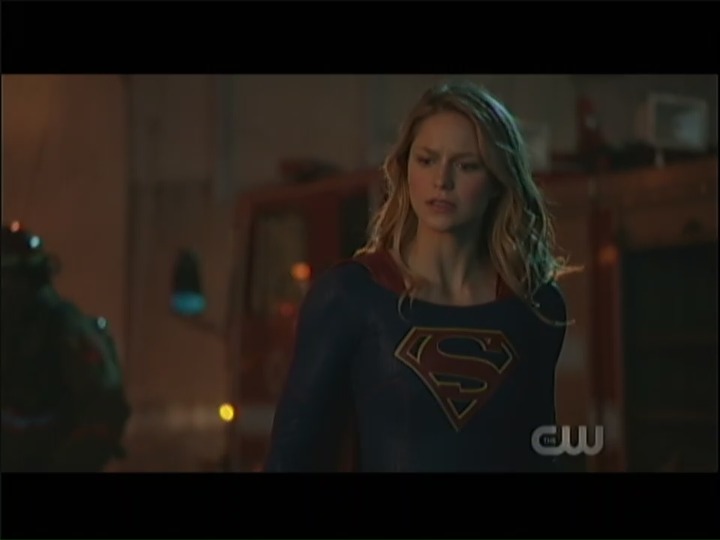 With the CW’s Supergirl having gone more than a month without a major issue revealing its liberal bias, I was hoping we could finally get at least half a season focused on things like plot and character. Unfortunately, the latest episode breaks that trend and returns to another hour of basic SJW propaganda. I guess America is so racist that we needed not one, but two episodes about it.

The May 21 episode “The Fanatical” has a cult escapee named Tanya (Nesta Cooper) looking to Supergirl for help. When she is being kidnapped by other cult members, Supergirl’s friend James Olsen (Mechad Brooks) arrives on the scene as his vigilante alter-ego Guardian. Although his mask is shot off, he nearly subdues the crooks until the police arrive. At that point, it turns into another liberal BLM talking point, down to the “hands-up” approach.

Olivia: No. She needs to finish what she started.

James: I am not armed.

Of course, the police have to be so racist that they let the people with weapons get away no questions asked and just assume the criminal is James simply because he is black. Tanya laments to James, “I've seen it happen to my father, my brothers. I just...never thought it would happen to Guardian.” But no one even seems to stop and think that any vigilante would be stopped by the police. For goodness’ sake, the Arrow finale just had police arrest their very white vigilante protagonist. If there’s one thing that’s been popular in edgy modern superhero stories, it’s the police being distrustful of vigilantes, black or white.

Later, James reveals his own racism story about being arrested when he was seven for playing hide-and-seek with his family, worrying “how people are gonna react when they realize that their neighborhood vigilante is black.” Considering the second-highest grossing movie of 2018 stars a black superhero and the CW recently aired a series about a black vigilante, I think people would react just fine, almost like race doesn’t matter.

Supergirl tries to make me believe a woman can fly, but it’s even more delusional if it wants me to think America can’t handle a black superhero.