NBC’s Law & Order: Special Victims Unit has been particularly biased this season, and the latest episode is no exception. Not only do we experience some full-on propaganda for transgenders in the military but a Twitter jab at the president, as well. It’s about time, I suppose. 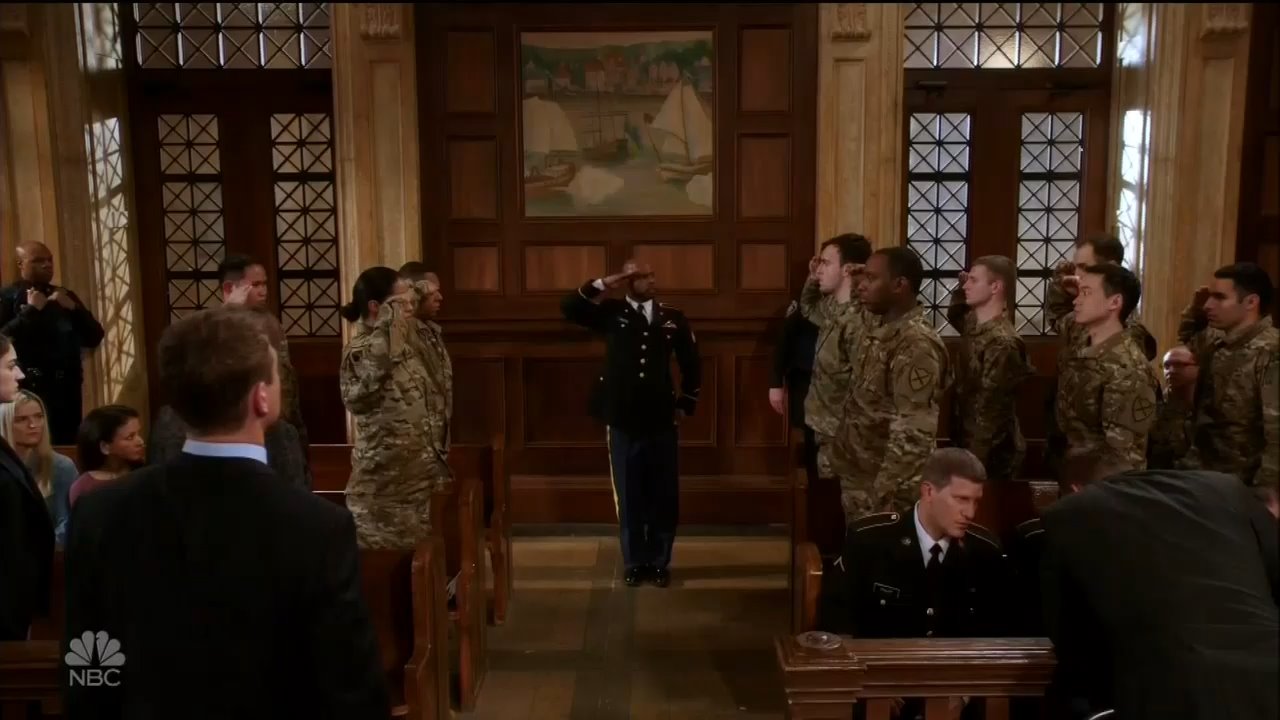 The April 11 episode “Service” involves a case of a prostitute being beaten, raped, and left for dead in a seedy hotel. After some investigation, the Special Victims Unit discovers that the suspects behind the woman’s attack are actually members of the United States military, and they are eager to protect each other from prosecution based on military code. Already, we’re off to a less than admirable depiction of America’s finest, but the story goes further.

It turns out one of the accused sergeants has an additional reason to keep quiet on the case. "His" DNA on the scene reveals that "he" was born female, making him a transgendered man serving in the military. Testifying against his superior officer would likely out him to the public. Just like that, the episode focuses on an entirely different victim.

Jim: I didn't do anything, Lieutenant. I didn't touch her.

Benson: I know that, Jim. I know. I bet when you enlisted, you were in high school.

Benson: You could have done anything with your life, and you chose to serve your country.

Jim: And if I testify, my country will attack me.

Benson: Not your country. Some closed-minded people who work for—

Jim:…a difference without a distinction. I'd like to help you put Staff Sergeant in prison, but if I do, I'll be putting myself in a prison of my own making.

Benson: Kind of like the one you're in now? You're worried how your fellow soldiers will see you?

Jim: I'm so far beyond that. The least of my worries is having people laughing at me behind my back, craning to get a look at me in the shower. But once I'm outed to officials, there's no going back in. And by the stroke of a tweet sent from Air Force One, I could lose my job. My career. Everything I've ever worked for.

Benson: I know that things feel... uncertain. But do you get any comfort knowing that that tweet did not become a law?

Jim: Today maybe. What about tomorrow? I don't know what's gonna happen. Do you?

Jim: Look at me! I'm a soldier, Lieutenant. A damn good soldier. I couldn't stand being stuck behind a desk. I love what I do. This job is who I am.

It’s just like a liberal program to work in a sappy story for the cause. They even managed to insert Donald Trump without mentioning his name. After all, Trump was the one who recognized that it might be more important for the military to protect the United States than worry about diversity quotas. To the far left, he might as well have reignited the Third Reich, even though the military is already highly discriminatory and the law, as they say, was never enacted. It doesn’t matter since the narrative of “Trump hates the LGBT community” hasn’t moved an inch.

It’s surprising, though, that the military suddenly gains a more favorable view based on their stance with their transgendered friend. Eventually, this sergeant does testify against his superior office and outs himself to the court. However, in true sentimental fashion, the officers in the court give him a rousing salute, signifying the solidarity with their comrade that the president apparently does not have. Less than one hour after we’re told that military members will defend each other in the case of rape, we now applaud them for accepting transgenderism. This could not be more confusing.

But one thing is clear. This was a moment of pure propaganda. We see the struggle of this one officer and assume any argument against transgendered people serving must be bigotry. There are no facts regarding the small amount transgendered people who serve in the military or the potential health cost of enlisting more. All we have is heartfelt platitudes and a Trump jab. Color me shocked that minds won’t be changed.