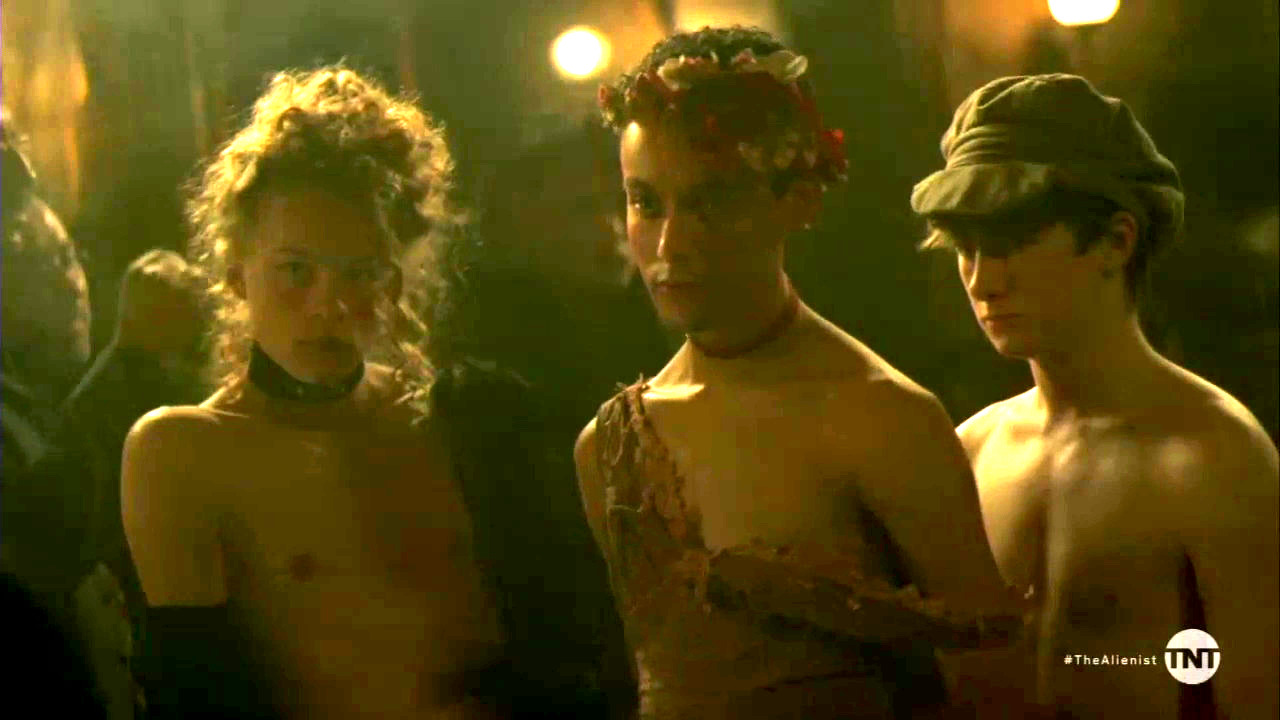 Last week, I mentioned that all did not bode well for traditional values in TNT’s latest series The Alienist, and the second episode already confirms my worst fears. We have gone from implying “progressive” behaviors to actually showing them in a way that has me giving up my faith in human decency. After all, it’s clear that The Alienist gave up on that a long time ago.

The January 29 episode “A Fruitful Partnership” continues the plot of Dr. Laszlo Kreizler (Daniel Brühl) investigating the murder of an impoverished boy with the help of his associates John Moore (Luke Evans) and Sara Howard (Dakota Fanning). Because the boy was discovered to be a transgendered prostitute, the group look into similar cases, leading Moore to an actual child prostitution ring.

There we are treated to several uncomfortable minutes of underage boys (some played by underage actors) wearing dresses with makeup and offering themselves for sexual pleasure.

It’s honestly hard to imagine that in a time where complimenting women can be seen as harassment, dressing boys up like female prostitutes, having them act and speak like girls, can somehow be considered good television. The show clearly paints the act as sad and pathetic, but apparently it’s fine when it’s done for art. That is, if degrading young boys can still be considered art. Somehow, I doubt there will be any Twitter movements regarding this unsightly treatment. After all, that would have to acknowledge two things modern-day feminists refuse to consider. One, that boys can be mistreated, and two, that boys can be (way too) oversexualized.

The scene continues further as Moore offers one of the boys money in exchange for information rather than affection (which the boy is quick to offer). Unfortunately, that ends with Moore’s drink being spiked and him being at the mercy of corrupt police offers and the brothel "girls." If you can manage to read those sentences without bemoaning “Where have we gone” over and over, you’re probably stronger than I am.

Man: Why did you bring her here? She is in need of God, not a doctor.

Priest: The body's the temple of the Holy Spirit. It is a blessed gift not to be defiled by lust.

Kreizler: Whoever does not love, does not know God, because God is love. Yes, I, too, learned Scripture when I was young. But instead of answers, I found only questions. Why does God allow us to feel both pleasure and pain? Why has he given a young girl like Berthe impulses and desires she cannot begin to fathom or control? Is this the God of who we speak? This is a sanctuary for the young. I will not tolerate its trespass, neither by man, nor by God. Now, please, remove yourselves from the premises.

Unfortunately, that’s where liberal shows like this take us. They pronounce how morally superior they are over religion, denigrate themselves for sex, and then still have the nerve to call us “backwards” and “hypocrites.” With several more weeks of The Alienist, I can only hope that this is the worst it gets.