Former Priest Comes Out of the Closet on 'The Exorcist' 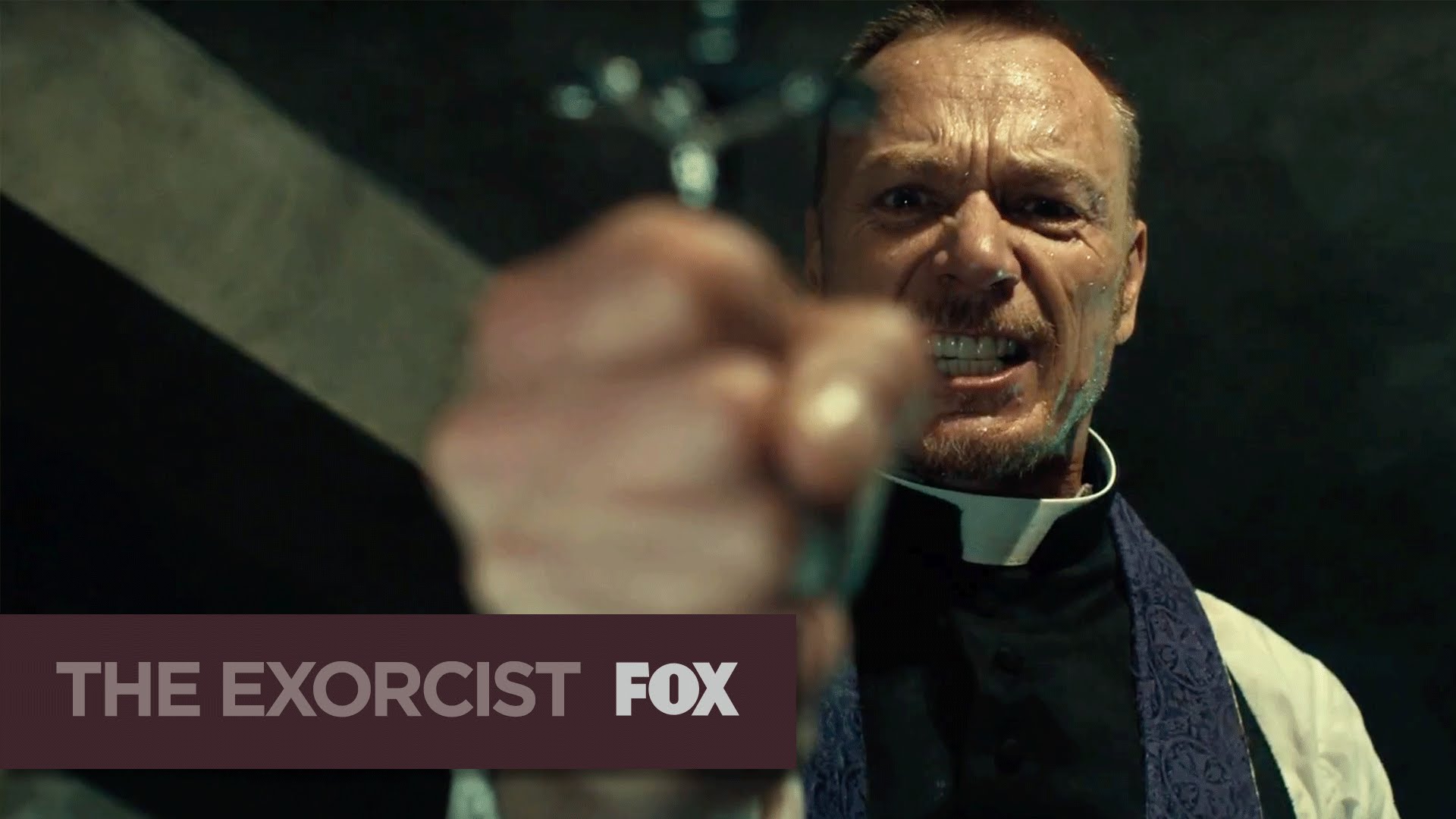 So far Fox’s The Exorcist has been flying just below the radar with its new season. However, considering its previous slip-ups regarding the Catholic faith, it was bound to mess up sooner or later. I am sad to report that this week is that time.

The November 3 episode, “There but for the Grace of God, Go I,” continues the new mission of Father Tomas (Alfonso Herrera) and excommunicated former priest Marcus (Ben Daniels) as they travel to a remote island to exorcise a demon. As they both investigate paranormal activities on the island, Marcus comes across a local on the island named Peter (Christopher Cousins), and the two begin sharing old stories as well as lips.

In a show where the lead priest openly commits adultery with a married woman, having a former priest making out with a man seems almost like the next logical step to its moral degeneracy. On the other hand, it could explain why Marcus was excommunicated in the first place. That story makes sense, too, since nearly every show is now required to have at least one gay character. Why not go for the cliché and make that character a priest?

On the other side of the story, we have the foster family of Andrew Kim (John Cho) going through their own issues as Andy works with a social worker to ensure his home stays open for use. Within the family, teenagers Verity (Brianna Hildebrand) and Shelby (Alex Barima) argue over the existence of God with Verity revealing the reasons behind her disbelief in a higher power. Unsurprisingly, it involves a gay cliché too.

Shelby: Have you noticed anything weird happening around the house?

Verity: "Supernatural"? Dude, you have got to stop hanging around those dumbass priests.

Shelby: Right, right, because religion sucks and everyone's an idiot. You know, V, some people actually just want to help other people.

Verity: Like the counselors at my camp? They couldn't wait to help me pray the gay away. That's why they strapped me to a bed. Sprayed me with freezing water. Told me I was an abomination in the eyes of your awesome God. To help.

Shelby: Hey. I'm sorry for what they did to you. But they were misguided.

Verity: I'm so glad I tried to take my life three times because they were so misguided.

Shelby: Hey, no, not misguided. Evil. But they didn't work for God. They work for the other guy.

Verity: Oh, what, 'cause you read a sad Bible story?

Shelby: I was 2.4 pounds when I was born. Methadone all in my system. It was my first birthday present from my mom. And right now, every one... every one of my brothers and sisters is dead. Except me. 'Cause I found something to hold onto. I mean, we all got parents that mess us up. But God isn't one of them. He knows you're perfect because that's the way He made you.

Shelby: Yeah, me too.

Once again we have the show with a priest for a main character undermining everything that’s part of the Christian religion. Is it any wonder we have people turning against television now?