Netflix’s hit series Narcos premiered its third season on September 1 and, after two seasons of a violent, semi-historical account of the war against drugs in Colombia in the 1980s and '90s, the show decided to go one step further by highlighting and focusing on infamous drug lord Pacho Herrara’s homosexual orientation. Because even in September 2017, critics still consider that “amazing to watch.” 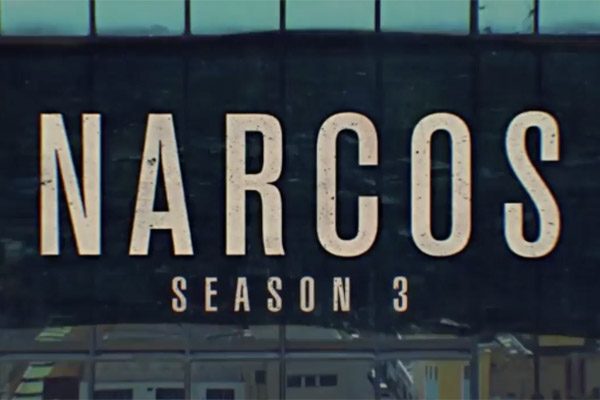 In season three, the drug world attempts to move on after the death of Columbian drug lord Pablo Escobar (Wagner Moura). This includes the rise of the Cali cartel with four new drug lords, including one Hélmer "Pacho" Herrera (Alberto Ammann). To highlight the new rise in power, in the first episode, Herrera takes to a bar and shows off his stance by romantically dancing and making out with a male partner before brutally killing a rival.

Pacho Herrera legitimately did lead an openly gay lifestyle, so this depiction does not necessarily have to bend history to liberal values. In fact, it’s this adherence to this "trailblazing" experience that has critics talking.

Decider notes that “watching a gay man portrayed with the same perverse reverence that TV has lended to classic antiheroes like Walter White is amazing to watch.” Yeah, I remember critics raving about Breaking Bad because of the overwhelming heterosexuality of Walter White. It’s weird how limiting people or even characters to one quality is a-okay when it involves a gay romance scene. Otherwise, sorry Pacho, no one would care about you.

What’s worse is praise for the “bravery” of the brutal drug lord. Complex's article titled ‘Narcos’ Season 3 is Revolutionizing What it Means To Be a Powerful Gay Man refers to the sexual portrayal as “crucial” since the show is set in the mid-90s which was an “era that was not always friendly to the LGBTQ community.” The actor who portrays Pacho explains further:

“We have a lot of problems with this stupid discrimination around the world,” he says. “In the narcos world, it had never happened in this way with a boss in a cartel. That made this character so interesting to me and a way to understand how far this guy could go.”

And he’s right. Pacho may have been a blood-thirsty monster and the coming-out story he reflects upon during this season ain’t exactly rosy, but Narcos’ depiction of him is an important part of LGBTQ representation on TV.

That’s right, they are praising a murderous drug lord for being out and a cartel for apparently being more accepting than 2017 society. These illegal mobsters threaten families, viciously kill rivals, and distribute addictive substances throughout their countries, but at least they never thought only men and women should have sex!

Liberal darling Bustle raves that Pacho is an "unexpected trailblazer." Their closing paragraph pretty much sums up the “best” of these critical reactions:

By accurately portraying Pacho's sexuality, the showrunners of Narcos are respecting the truth of the real people in their story, which is a mission that extends to touch the rest of the show's many characters. Pacho Herrera is by no means a hero, but sometimes the stories of those on the wrong side of the law are just as important as those in the right.

But I suppose the importance of historically accurate depictions of "those on the wrong side" doesn't go for those who lived through the Civil War. Liberals seem okay with tearing down statues of Confederate leaders without regards for “respecting the truth of the real people,” even if they actually did something valuable with their lives after the war. Maybe if Robert E. Lee was gay his statue would be protected.

If being portrayed as an illegal cartel leader on television is really considered a touchstone in LGBTQ representation, then we’ve really hit the bare minimum of grievance here. And if your newest golden form of representation is a criminal, maybe it’s time to stop complaining about conservatives’ moral judgment.