The season may be almost over, but the CW’s Supergirl isn’t prepared to let go of its liberal bias, even at the end of the world. In the confusingly backwards minds of their writers, an administration like Trump's is as bad as an alien invasion to the point where a president hiding the fact that she's an alien is ok - so long as she's still a Democrat, of course.

In the May 15 episode “Resist” (very original title there, Supergirl), Supergirl (Melissa Benoist) faces off against an alien invasion led by Daxamite Queen Rhea (Teri Hatcher) who fires a weapon against Air Force One which holds pro-alien refugee President Marsdin (Lynda Carter) and media mogul Cat Grant (Calista Flockhart). The plane is shot down right as Supergirl flies in for the rescue, only to discover the beloved pro-alien president is actually an alien herself!

Marsdin: Uh, I suppose I owe you an explanation.

Cat: Well, at least tell me you're still a Democrat.

Is anyone else bothered by the fact that the president in this universe is a disguised alien? The media goes after our current president for having two scoops of ice cream, but breaking one of the two requirements to become a U.S. President is fine here. Sometimes I wish I was so blindingly supportive of such things. It would make the next eight years of news coverage so much easier. The only saving grace of this situation is that now I can joke how Supergirl went full-Hillary Clinton with their first female president, scales and all.

But that scene is just the tip of the iceberg when it comes to the blind support the show gives in favor of their Democrat heroes. You see, it’s not enough for liberals just to elevate their political heroes. They must demonize their political enemies to the point of…well, nothing short of pure evil. And that is the subject of Cat Grant’s inspirational speech to the people.

Rhea: And so, in my power as acting regent of the Daxamite Empire, it is my duty and my honor to proclaim you...

Cat: (Over tv) Good evening, National City. It's Cat Grant. Yes, I've been away for a while, but I'm back. Now, I can imagine that you're feeling afraid, and feeling like your world is spinning out of control. But, believe me, you have power. And right now, you have a job to do. Resist. Resist these invaders with everything you've got. They come with empty promises and closed fists. They promise to make our world great again, and yet they know nothing about the people who make this world great. They think they can con us. And if that doesn't work, what? They're going to beat us into submission? They have no idea who they're up against. Aliens and humans, we need to band together and we need to stand up and fight back. Everyone needs to be a superhero. Everyone needs to get up and say, "Not in my house." Let's prove to these thugs that we are strong, and we're united, and we are not going to be conquered. And, Tiara Woman, if you and your little minions happen to be listening, you have come to the wrong town. Yeah. I'm Cat Grant. Not going anywhere. 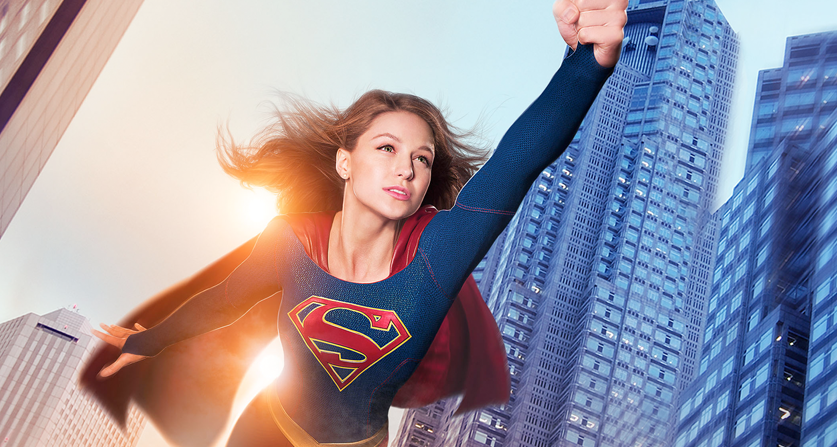 Wow, where to start? Unlike fellow DC show Legends of Tomorrow, this show doesn’t even care to be subtle. First the phrase “Make America Great Again” was linked to slavery, now the people boasting it are apocalyptic alien invaders. And in our real world where Trump and the Republicans are not blasting people with giant lasers, how does this call in any way apply to us? Then again, that doesn’t stop some sore losers from fighting back and rioting anyway. Way to go, Supergirl, you made the phrase RESIST even more ridiculous than when it was spelled out by a flash mob on a Trump golf course.

I would have some hope that the show can finally put this agenda aside for the season finale, but after viewing the episode's title - "Nevertheless, She Persisted" - I plan to see you all next week. Same super-time, same super-channel.