We’ve finally come to the end of the presidential election nightmare storyline on ABC’s Scandal which means a return to plots that don’t have to do with elite bureaucrats for once. Unfortunately, that just gives the show more opportunities to return to its liberal talking points - I mean roots. This week, it’s the unfriendly message that apparently Trump supporters are potential racist church bombers.

In the May 11 episode “Head Games,” Olivia Pope Associates (OPA) research a case for the President Grant’s final pardon in office. One case that the team thinks deserves a pardon is of a black man serving a life sentence for killing a "bigot" who we later find out was a supporter of the show's Trump-parody candidate Hollis Doyle. If that’s not enough to give you pause (and it was for me), just wait until you learn more.

Charlie: Bobby the Bigot? You want the President to pardon a church bomber? I know we like the challenge, but –

Quinn: No, not the bigot -- Shaun Campbell, the one serving a life sentence for killing the bigot.

Shaun: Bobby Barnes put that pipe bomb under a pew right before a Sunday service. I heard the explosion from my house. He killed eight people -- women, kids. We all knew someone who died. We all knew who did it.

Quinn: But despite all the evidence against him, Bobby the Bigot was acquitted by an all-white jury of his peers.

Huck: This is my surprised face.

Charlie: I knew this sounded familiar. This is from that podcast, right -- "An Eye for an Eye"? 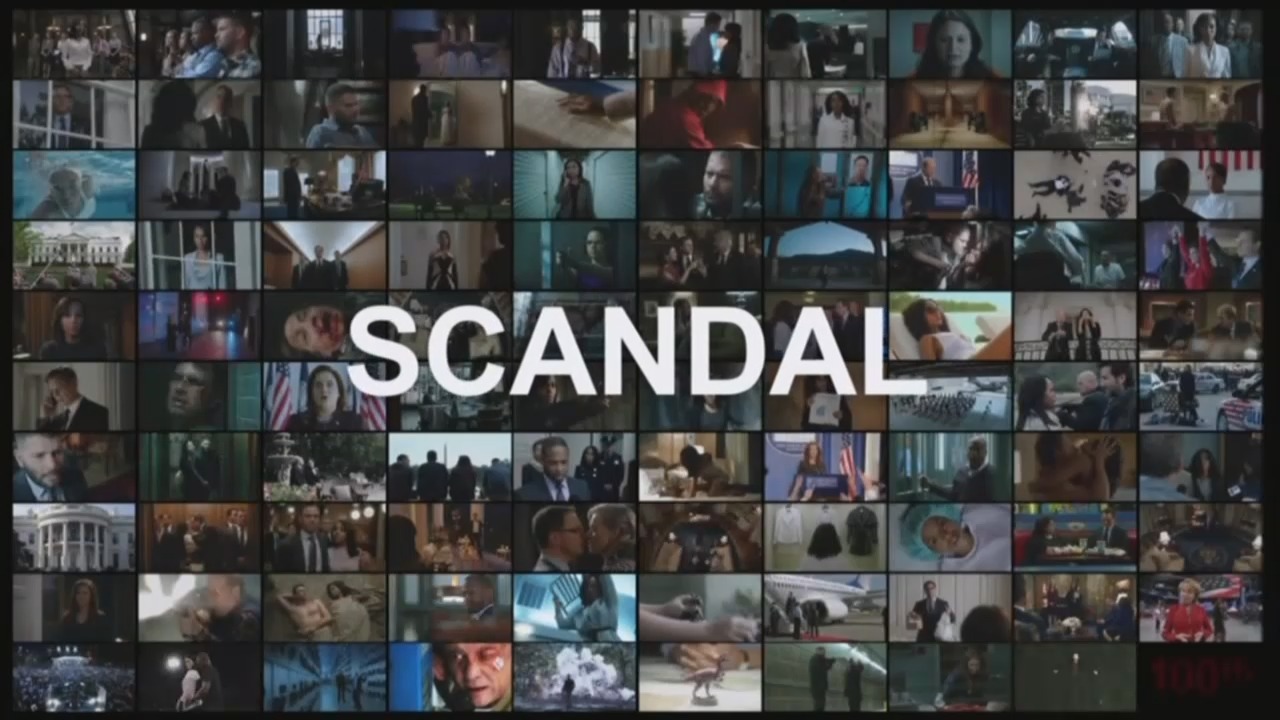 Shaun: He was a terrorist and he walked. I guess where I'm from, we should be used to that kind of thing, but it didn't change the fact that we wanted justice. We were hungry for it. The cops knew it, and so did Bobby. And he -- he rubbed our faces in it.

Quinn: Bobby the Bigot returned home to a hero's welcome among his fellow bigots. It didn't take long before him and his white-power posse were running around town like the bad guys in "Road House."

Huck: One night they walked into a bar where Shaun was having a drink.

Quinn: Tell me about the bar fight.

Shaun: T-that's what that wack podcast called it, but it didn't get that far. They made it clear I wasn't welcome there, words were exchanged, and I walked away before anything really happened. And that was the last time I saw him, I swear.

Quinn: The next morning, Bobby the Bigot was found hanging from a tree.

Olivia: He was lynched? That is –

Quinn: All the cops had was the word of the drunks at the bar, and Barnes' pal Donny Logan, the bartender.

Huck: Logan said he saw Shaun near the woods where the bigot was found. He was the prosecution's entire case.

Quinn: They didn't need any. Shaun was black.

Huck: And from the same part of town as that church.

Charlie: Guys, I think there might be something wrong with our justice system.

Huck: It gets worse. Because of the lynching, they charged Shaun with a hate crime, making it a federal offense.

Charlie: The bigot's murder was the hate crime? That's too much irony, even for me.

Shaun: I didn't hang him from that tree. I wouldn't. I-I've seen the pictures, I've heard the stories. Only an animal like Bobby would kill someone that way.

Huck: Shaun has lost two appeals, and the Supreme Court refused to hear his case. A pardon is his last shot.

Shaun: You tell the President -- This pardon? It's not just for me. It's for all those folks back home. They need justice, too, Ms. Perkins. Don't let him forget that.

Quinn: Look, it's high-profile, it's a gross miscarriage of justice, and I know we'll find something that proves Shaun's innocent because he is.

I don’t even know where to start with how wrong this scenario is in so little time. First, “Bobby the Bigot”? The writers must have assumed we’d be too dumb to catch on their not-so-subtle political jab. Second, Charlie (George Newborn) may remark on how there’s “something wrong” with the justice system, but that’s nothing compared to how wrong that case sounds. Does the show really think so little of the justice system that someone could literally be thrown in prison based on ONE person’s claim and the suspect’s race in this day and age? Apparently so, because this is the plot now.

Third, the fact that a black man apparently lynched a white man and was then charged with a hate crime. In light of our reality where even the slightest hoax can be deemed a “hate crime,” while the media has to be dragged tooth and nail to call a live Facebook torture of a disabled white man as “hate,” this episode becomes even more unbelievable.

The icing on the cake is that the show seems way too eager to paint supporters of Trump's doppelganger Doyle as racist bombers (even though violent Trump protestors vastly outnumber supporters). I understand that real life makes it difficult for that image to be true, but do they have to be so eager to use that as the OPA’s big angle? As the episode continues, we learn that the real culprit behind the murder of Bobby the Bigot was a fellow bigot whom the gladiators interrogate later at his bar which is graced with a "Dare To Be Great Again" banner to support Doyle, despite his loss in the primary. Charlie even sneaks in wearing a blue hat with the same phrase, because the show can't leave one "Make America Great Again" smear unturned. No, they are really milking the "Trump supporters are evil racists" angle for this episode.

Yes people. That is straight up a Hollis Doyle For President poster in this scary little dive bar. Telling, yes? #SCANDAL #TGIT

Where do they even get the image of violent supporters anymore anyway? Because I haven’t seen any local stories about Trump supporters bombing churches and riding around like they’re in Road House. If the people on this show spent two minutes in the real world, they would know that, too.