I have to give it to The Simpsons on this one. They know when something is clearly past its time. This week’s episode of the Fox sitcom tackles two things that just didn’t die fast enough: the Pokémon Go fad and Hillary Clinton’s campaign.

On the April 30th episode “Looking for Mr. Goodbart,” Homer (Dan Castellaneta) becomes obsessed with the latest online fad Peekimon Get, an obvious parody on Pokémon Go, which leads him on a similar path to ridiculous and sometimes dangerous locations just to catch digital creatures. One of the spots includes a graveyard (where else?) where the show gives a brief blink-and-you’ll-miss-it memorial to the Clinton campaign in the bottom right corner. 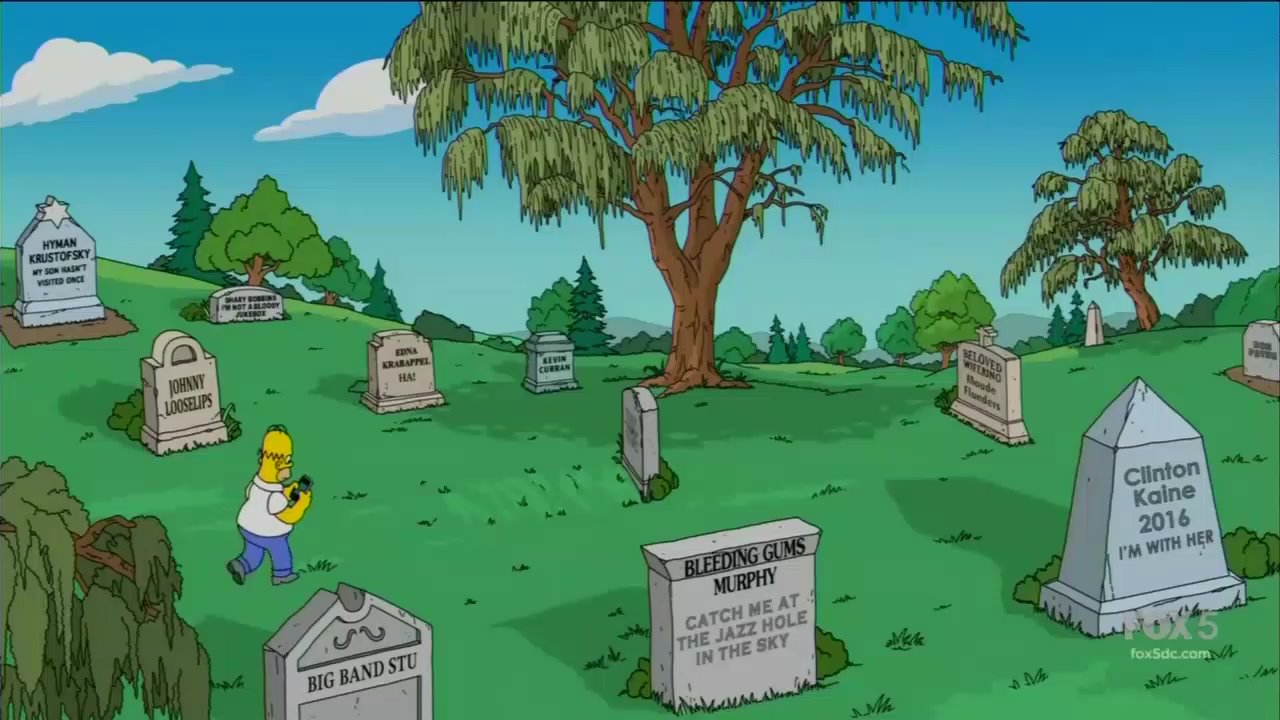 What a pleasant reminder that the Clinton-Kaine ticket lived as it died: as the butt of a brief joke.

Watch the last time the two fads crossed paths. It’s as hilarious as any sitcom.