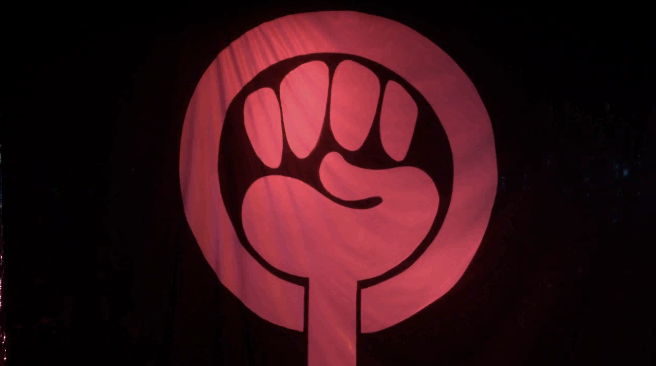 ABC’s Imaginary Mary is…well, you can just judge by the title and the concept of a grown woman with a cartoon imaginary friend how dumb it is. The show is about Alice (Jenna Elfman) trying to adapt to a relationship with a man, Ben (Stephen Schneider), who has kids. What has so far been a lame late-season blended family sitcom sunk even further with one of everyone’s least favorite modern subjects: feminism. This time, it’s in the form of a student-written high-school play which, so far, has never in history made anything better.

In the April 11 episode “The Parent-y Trap,” the school puts on the musical Grease, which teenage feminist Dora (Matreya Scarrwener) calls, "A classic tale of misogyny and female degradation." Since that unoriginal train of third-wave feminism thought isn’t enough for the show, Dora decides to put on her own version of the story to rival the school’s - starring her 16-year-old brother Andy (Nicholas Coombe), who didn't get a part in the school's production, as her "post-feminist hero, John Newton Olivia." The result should basically get Dora ready for a gender studies university art show.

Alice: Oh, Andy.
Ben: I know, but let's keep perspective, this isn't the worst thing that's ever happened to him.
Andy: This is the worst thing that has ever happened to me!
Both: Andy, they don't know - Oh, buddy
Andy: I've been such a tool for the patriarchy, making you change for me? A real man should love you just the way you are. I'm a greaser no more.
Gigi: Oh, baby, I'm so happy you turned your back on society for me. I'm going to work now, where my pay is equal to my male colleagues.
Ben: What the hell is going on?
Dora: Andy, this is hard for me to say because you're my brother, but that was amazing.
Andy: Really?
Dora: You are my post-feminist hero, John Newton Olivia!
Andy: Can you believe that? I'm John Newton Olivia!
Alice: Of course I can believe it! I'm so happy for you.
Andy: I know this wasn't our original plan, but after I crushed that audition and didn't even get a small role, I said, "Mr. Doyle, screw you." Five minutes later, I apologized. I was raised right. The man's got a lot on his plate. 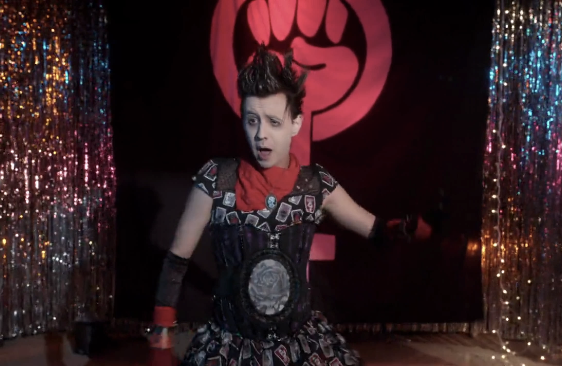 Ben: And now you got your first lead.
Alice: First of many.
Ben: Easy.
Andy: Thank you, Alice. I-I couldn't have done it without you.
Dora: Come on, I want to get you fitted. First dress is in a week. Also, you'll be wearing a dress for the final number.
Andy: Cool.
Alice: Oh, my God. What a roller coaster. I feel like I've had a heart attack, walked a tightrope, and won the lottery, all at the same time.
Ben: Uh-huh. There's a word for those feelings parent-y.
Alice: Ugh. All the children have the power to do that?
Ben: Yep, even Dora.
Alice: Oh, boy. Now I get why you tried to stop me.
Ben: I'm glad I couldn't.
Alice: For the record, I may be feeling a little parent-y, but I did not cry.
Ben: No, you didn't.
Alice: I didn't.
Andy: There's a long list of things that I like about you and appearance is not numbers one on through 22. Some men like a woman with a sexy rear...
Alice: Are you getting this?
Ben: Oh, I'm getting it.
Alice: Look at Bunny with the spotlight - like a pro!
Ben: Right? Said it was an important job and I meant it.
Mary: He's a star! Sure, of a garage play, but still!
Ensemble: Whoo-hoo! - Equal pay Equal pay - Equal pay!
Mary: I don't know what I'm watching, but I love it!
Ensemble: Equal pay, equal pay Sha-la-la-la-la-la

Even if you can get past the boy in the dress or the lyrics regarding equal pay, which I’m pretty sure was dated even when the original Grease premiered, the play is just awful. The one upside to this is that even Dora’s seven-year-old sister Bunny (Erica Tremblay) says the play was terrible. I’m glad that there is at least one sensible thought in this fictional world, but, with our current run of feminist plays where the Vagina Monologues is too conservative for people, I can’t say the same for the real world.