'The Mick' Features Second Scene of Little Boy in a Dress

After the outrageous season trailer promo for Fox’s The Mick went viral, I almost thought they would be shamed into cutting the image of a seven-year-old boy wearing a dress, but apparently that image is still alive and well in this most recent episode, albeit in a different dress.

In the February 21st episode “The Baggage,” Mickey (Kaitlin Olson) dates a new guy who seems to be getting along with the kids and her, to the dismay of her other suitors. And you can tell he’s serious because even he gets in on the dress-wearing action with Ben as they play tea party. That may sound cute, but after the trailer practically calls him trans and has him wearing a dress, saying, "It kind of breezes on my vagina," The Mick has lost the benefit of the doubt. I'm sorry, but there's nothing cute about trying to normalize this gender confusion. Not even in tea party form.

Unfortunately, The Mick has been renewed for a second season, so it has yet another year of putting children in even more inappropriate situations, if that can still be possible. 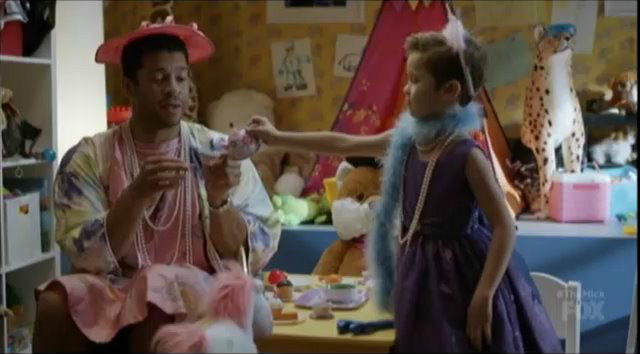