ABC's Black-ish: 'A Vote for Trump Is a Vote for Racism' 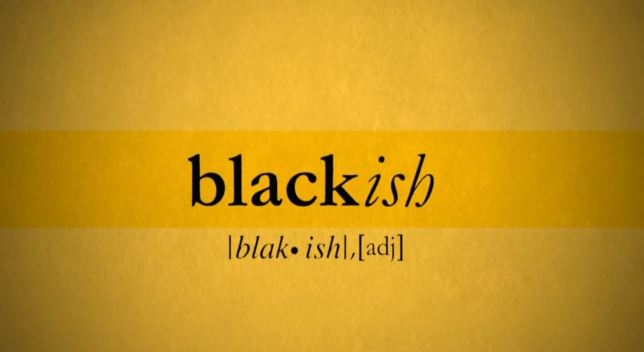 I suppose none of us will ever forget where we were on November 8, 2016, because liberals will never stop grumbling about it. Beyond the Golden Globes, the tip of liberal Hollywood outcry would have to be Wednesday night’s episode of Black-ish on ABC. Get ready for all of your favorite liberal cliches in a convenient and obnoxious thirty-minute package.

In the episode “Lemons,” all of the characters have to deal with the aftermath of Hillary Clinton losing the 2016 presidential election. Now, Black-ish has sympathized with President Barack Obama and boasted multiple liberal leanings, from proclaiming “black people aren’t Republicans” to portraying police as thugs, so this loss is treated every bit as the ongoing tragedy that MSNBC would have us believe.

For example, here’s the morning after at the Johnson house, where Bow is decked out in liberal gear and the kids have a day off for "reflection" and preparation for a "healing rally."

Dre: It had been over two months since the election, but everyone was acting like it had only been two minutes. Bow, what's going on, dude? Seriously? What? Everything you're wearing is from an NPR commercial.

Dre: Really? Yeah. These UNICEF flip-flops are from a Barney's sale?

Dre: Uh-huh. And why aren't you guys dressed for school?

Zoey: We don't have school today.

Junior: They gave us a day of reflection.

Bow: It's a lot to think about.

Junior: Much needed, if you ask me. My first 90 days as student-body president have been rough. Valley Glen Prep is a pressure cooker about to blow.

Joey: And he tried to tell me I stole his phone.

Joey: "No, I didn't steal your phone. I stole your computer."

Gomez: Joseph Peterson, will you please get back in your seat?

Joey: I don't have to listen to you, Ms. Gomez. They're about to ship you back to your country. [ Students gasping ] Ship her back. [ All chanting "Ship her back" ]

Junior: To be fair, Ms. Gomez is from Spain, her Visa is expiring, and she is looking forward to seeing her abuela. But I'm pretty sure those kids did not know that at that time.

Zoey: They did not.

Junior: So, yeah, we got the day off to prep for the Healing Rally. They asked me to read MLK's "I Have a Dream" speech at it, so I'm trying to memorize it.

Dre: Healing Rally? Day of reflection? Are they gonna prorate your tuition?

Dre: Bow, that school is not cheap.

Dre: What? I don't need comforting?

In an election between two parties, there will undoubtedly be one winner and one loser, and the losing side has a right to feel a little upset. But in the realm of liberal politics, they still need days of reflection 64 days after the election for "hate crimes" that have turned out to be hoaxes so many times they should start a reality show catching these fakers. I mean, chanting “ship her back”? It sounds fake even on television.

The fact that Black-ish felt the need to work on an episode about the November election at all is a pretty gutsy and lofty thing to do at this point. Now, I understand that all shows, even sitcoms, are written and filmed well in advance, so this was likely done way back when the election was still fresh in people’s minds and news feeds. However, using November arguments for a time when Donald Trump is less than two weeks from being sworn into office only props up ignorant and mostly whiny sentiments.

Like this scene at Dre’s office. Lucy very reasonably states her case for voting Trump, while her co-workers heckle her and call her a racist. They even call Trump the devil and question whether Ben Carson is really black.

Stevens: Lucy, you sound stupid, okay? There's all this yappity-yap about female empowerment, and still you don't care enough to elect the first female president?

Lucy: Of course I want a female president. I just didn't want it to be her.

Lucy: You guys just said that you would've voted for anyone who was black, but what if instead of Obama, it was Clarence Thomas or Herman Cain or Ben Carson?

Dre: Definitely not that fool.

Curtis: Dude is a weirdo.

Lucy: Yeah, exactly. Well, in my mind, Hillary Clinton is the Ben Carson of white women.

Dre: Is Ben Carson even black?

Lucy: Look, as stupid as those comments were, and they were, at least I know he says what's on his mind. Who knows what Hillary's actually thinking? What was she even about?

Josh: Oh, my God. Stop it! What was she even about? She was the most qualified candidate to ever run for president.

Stevens: No, he is the devil, and I should know.

Lucy: But look, Hillary's no angel, either. I'm not some crazy right-wing nut, you guys. I voted for Obama twice. I even got my Republican parents to vote for him. He felt different. I believed he was gonna change stuff. He did! But it's eight years later, and my dad's still out of work, my hometown's about to go under, and Hillary comes out saying she's basically gonna keep everything the same. I'm sorry, but that doesn't work for me or my family.

Josh: Okay, I-I-I hear what you're saying. But what about all the other families that are gonna be affected -- Gay families, Muslim families, immigrant families?

Connor: And we're in here fighting against the greatness of America again, aren't we?

Stevens: Pumpkin, that is not how I raised you.

Connor: What? I was allowed to hit the help.

Stevens: Uh, that was just exercise. You were pudgy.

Connor: I'm sorry, but just think about it for a second. This country at its core is just a company. I mean, I know we don't like to think of it that way, but America is a corporation, okay? It's the world's biggest and most important corporation. So is it so crazy to think that maybe a businessman, who runs big corporations, might not be such a bad idea?

Daphne: He runs them into the ground.

Lucy: Well, guess what. He won, okay? So can we please give this man a chance?

Stevens: Chance to what?

Connor: At least give him a chance.

Dre: Guys! Guys, the pitch is today, all right? Can we get back to work?

Daphne: Fine. As long as she knows that a vote for Trump is a vote for racism.

Lucy: I have black friends.

Josh: She said it. It's racist to say that.

By the end of the episode, Dre (Anthony Anderson) twists the election sentiment into a racial issue, comparing the shock to the country waking up and suddenly “knowing what it felt like to be black.” Huh, comparing one candidate losing one election is the same as going through slavery and the Jim Crow laws now? That is a new one, I’ll give them credit, and they really hammer home the point with Junior (Marcus Scribner) giving MLK’s “I Have A Dream” speech.

Of course, by the end, Dre gives another speech to his co-workers where he advises people to “stop calling each other names” and “start trying to have those conversations.” It’s pretty fluffy stuff, again two months old, and the sentiment is akin to basic human decency. The problem is, I don’t need Black-ish to tell me that. I need Black-ish to show me that.

Give me a show where a Trump voter can voice his or her opinion without being shouted down or called a racist. Give me a show where conservative black men don't have their race questioned. Give me a show where real issues can be discussed instead of sound bites and biased reporting. When that happens, I’ll consider the show to be a remarkable step in the right direction. Until then, it’s just another lecture, something voters didn't like from the news and most certainly wouldn't enjoy from sitcoms.

Of course, liberal TV critics LOVED the episode. TV Guide called it “a startlingly relevant take on the impending Trump presidency that may go down as the definitive pop cultural artifact from the surreal, uncertain time between Nov. 8, 2016 and Jan. 20, 2017.” Vulture said it was an "extraordinary" episode "that feels like it's becoming part of history right before your teary, weary eyes."

And yet, this episode reminded me of an important fact. It has been two months since the election, and everything is still the same. I wake up. I see my family. I go to work. A win is a win while a loss is a loss, but everything eventually passes. So, too, will Donald Trump's presidency. The important thing is to keep that in mind even when others disagree with you.