Ah, church. A perfectly unremarkable event that can be pretty much replaced with anything that makes you feel good. At least that’s what liberals would have us believe. Regular Catholics would just call that “blasphemy,” but The Real O’Neals on ABC can never resist the urge to once again mock one of the most regular staples of society and religion. 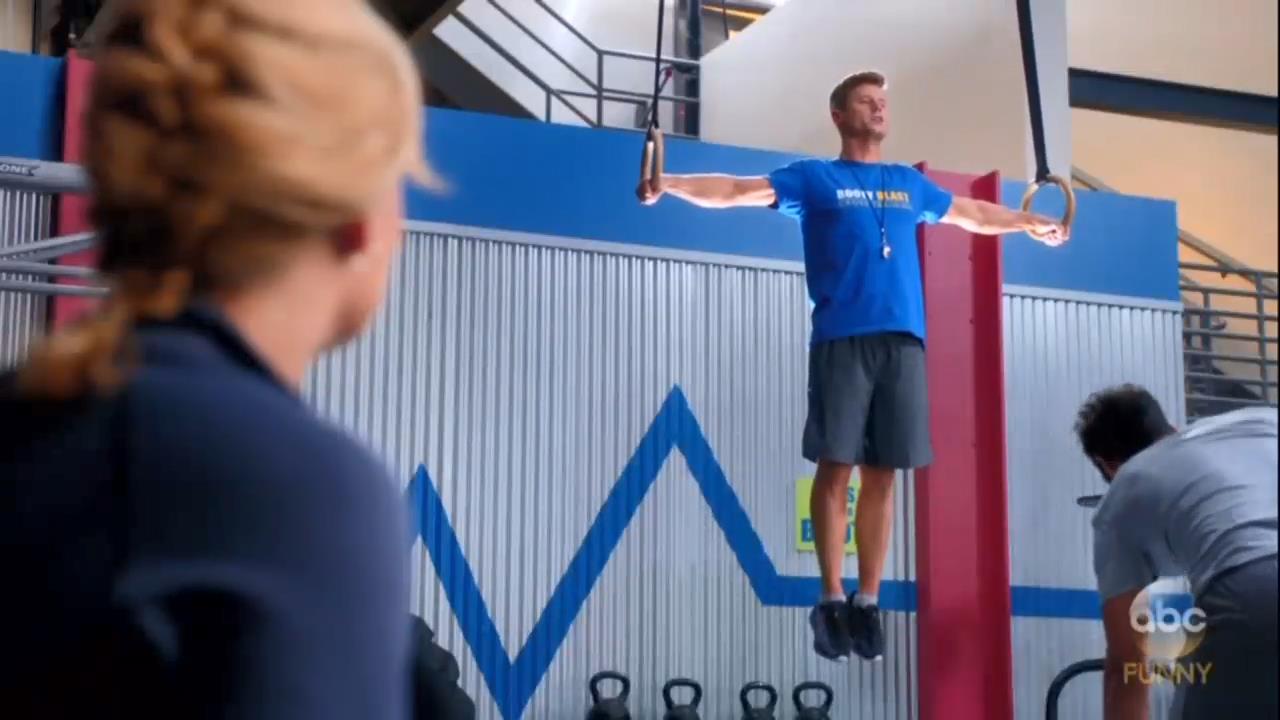 On Tuesday night's episode “The Real Fit,” Kenny (Noah Galvin) wants to join a new CrossFit regime to flirt with hot trainers, so Eileen (Martha Plimpton) steps in with him to stop anything from happening. However, she soon becomes obsessed with the training herself, nearly missing her regular Sunday mass just to exercise.

From her obsession, Kenny soon discovers that she is simply switching out attending church with exercising in order to avoid her own guilt from her upcoming divorce and budding new relationship. And we know it’s bad when the stock gay character lectures us on religion. Just take a look.

Body Builder: Oh, Lord. Is that sinner's mix? I hope you enjoyed that carob chip.

Eileen: I just snuck a couple of handfuls just to keep my energy up.

Body Builder: And what else?

Eileen: Yesterday, I drank a Yoo-hoo in my car... ...Through a Twizzler.

Together: Crawl out stronger!

Eileen: Oh, my Josh. I mean, gosh. Kenny was right.

Eileen: I don't know. I'm not feeling like the greatest Catholic lately.

Kenny: Why? 'Cause you're dating vp Murray?

Eileen: And my divorce isn't final yet. Church just doesn't feel right to me. I feel like a hypocrite. I guess I threw myself into this because I thought it'd give me all the structure and community without all the guilt. You know, kind of like Diet Catholicism.

Eileen: But the guilt came with me anyway.

Kenny: And so what if you're not the Catholic you used to be? Things change, but God still shows up for you. Trust me.

Come on, The Real O’Neals, mocking the church is so last year, especially with something as nonsensical as CrossFit. But I guess the real thing I couldn’t stomach (worse than the mock “penance”) is why Eileen replaces church with exercise. She remarks that she wanted "all the structure and community without all the guilt. You know, kind of like Diet Catholicism…But the guilt came with me anyway.” And Kenny, of all people, has to lecture her about religion? Please, spare me.

If there’s any show that could stand to feel some guilt, it’s The Real O’Neals. Guilt means some knowledge you’re doing wrong. But this show would rather wallow in its “tolerance” by mocking Catholicism. To people who have probably never stepped in a church, apparently it’s nothing but guilt mixed with, as Kenny says, “[T]he sayings you're always repeating,” and “the getting yelled at by judgy men.” No wonder they find it so easily replaceable. That idea’s terrible and as bland as they come, just like Diet Coke.