Actor Dean Cain calls himself “pro-choice,” but that didn’t stop him starring in an upcoming film revealing the horror story of Philadelphia abortionist Kermit Gosnell.

Cain stars as Detective James “Woody” Wood in Gosnell: The Trial of America's Biggest Serial Killer, which opens in as many as 750 theaters October 12. MRC Culture interviewed Cain Sept. 21 at Family Research Council’s 2018 Values Voter Summit. He called Gosnell’s crimes “absolutely ghastly” and guessed that the media’s silence surrounding Gosnell was because “abortion’s a bad word.” 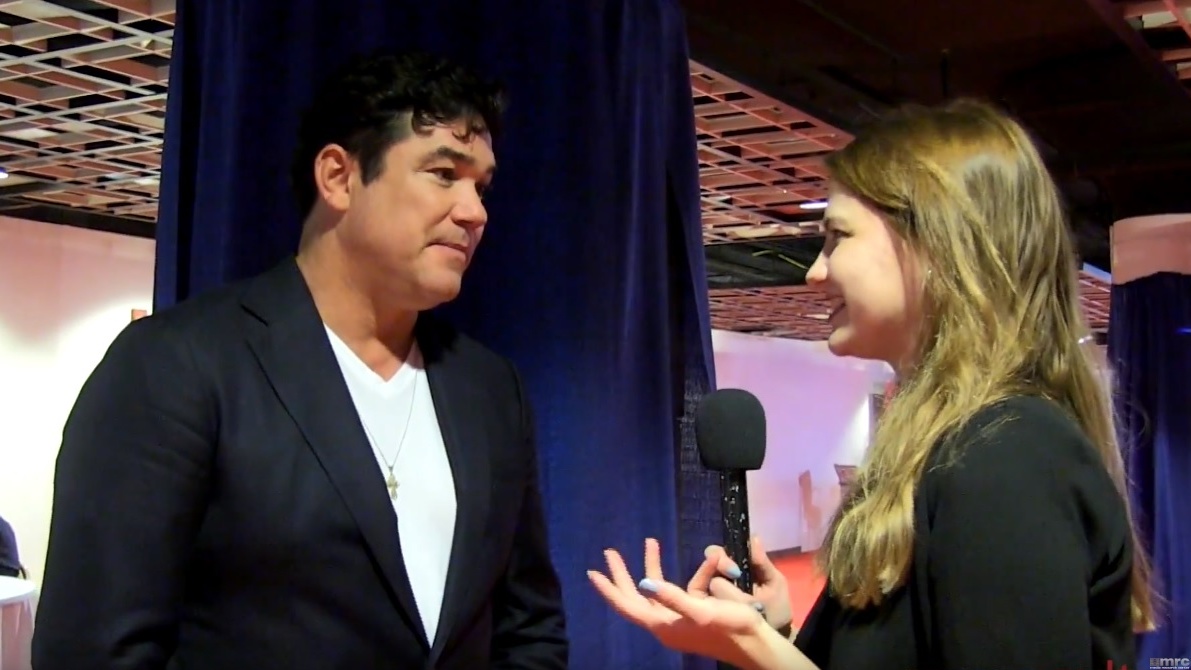 Among other things, Gosnell was convicted May 2013 of one count of involuntary manslaughter and the first-degree murder of three babies (while the Grand Jury report, The Hollywood Reporter has noted, “alleges Gosnell killed hundreds of infants by sticking scissors into their necks”).

Cain said the script originally inspired him to be in Gosnell.

“It was a very compelling story for me,” he said, before describing his initial reaction to it. “I said, ‘This is a great story to tell, and a great character, and I want this story out there, and I’m happy to jump into it.’”

But it was not an easy story to jump into.

“This guy was – is – an abortion doctor and he was killing live babies, and that’s just murder,” he added of Gosnell. “I don’t care how you slice it, the babies were born alive and he was killing them and it’s absolutely ghastly.”

Regardless, the media were hesitant to cover the story. The trial of Gosnell, in which witnesses described baby abortion survivors “swimming" in toilets “to get out,” attracted a mere 12 – 15 reporters (many of whom were local). Only after 56 days did all three broadcast networks report on Gosnell. Cain guessed that was because “abortion’s a bad word.”

He believes both sides of the abortion debate can agree on Gosnell – he knows because he himself identifies as “pro-choice.”

“We’re not taking sides in this film” or “trying to preach to anybody,” he said at one point, but instead “we’re telling the story.”

“If I were in a situation where there was a surprise pregnancy, I’m 100% for having the child,” he clarified. “I would never abort, or want my own child to be aborted. But I don’t want to tell anybody else what they can do.”

Except, perhaps, later in the pregnancy.

And Gosnell, Cain stressed, was performing abortions after 24 weeks. “They could prove three,” he said of babies Gosnell killed, but he guessed that there “were hundreds and hundreds of these that he most likely did.”

While he said he hadn’t encountered pushback from the media or Hollywood yet, he said “I’m sure I will.” But to anyone who wants, he said, he’s happy to talk about it because “that’s where I think the solution lies, in having a discussion.”

“I’m not going to demonize other sides,” he added, “but I’ll tell you, you kill a live child, I got a problem with that.”

But Gosnell, he said, saw it a different way.

“I think he still thinks he did nothing wrong,” Cain said, which is a “level of psychosis that I don’t understand.”

If media were to report one thing about movie, Cain said he would “want them to say it’s an important film, it’s something that happens more often in this country than probably we suspect, and just watch it for the education.”

Directed by Nick Searcy (The Shape of Water), Gosnell was filmed in Oklahoma. Filmmakers Phelim McAleer and Ann McElhinney are experts on the story after interviewing Gosnell, and have even written a best-selling book on the abortionist, published by Regnery. Former employees have confirmed what the filmmakers say: Gosnell’s abortion clinic was a house of horrors.

“The movie is as much as exposé of the media as it is of abortion,” McElhinney said in exclusive statement to MRC in June. “The media who ignored the story will have to explain to millions of people who will see the movie why they censored this story."

In addition to Gosnell’s trial, the filmmakers say they themselves faced challenges in the media as well as the legal system and Hollywood, for their upcoming movie. The filming of the movie itself, sponsored by a crowd-funding campaign, faced censorship. But after raising $2.3 million, Gosnell became the most successful crowdfunded movie on Indiegogo.