A new Supreme Court action could potentially prevent future abortions. So of course feminist writers are calling it “absolutely tragic.” 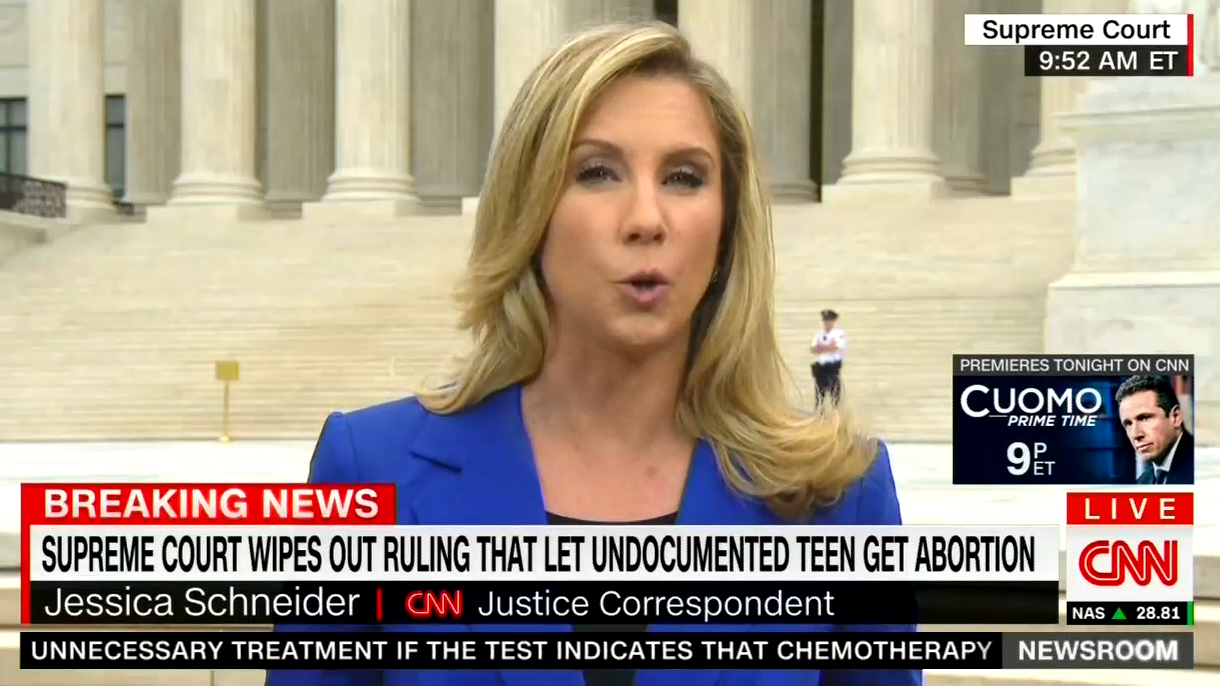 On Monday, the Supreme Court of the United States released an unsigned per curiam, or unanimous decision erasing a lower-court ruling that allowed “Jane Doe,” a 17-year-old immigrant who entered the country illegally, to obtain an abortion.

The move represents a partial win for the Trump administration which argued against the abortion. That’s because the ruling eliminates a legal precedent for similar, future cases. But the action also refused to discipline the American Civil Liberties Union, which represented Doe, after Justice Department attorneys claimed it misled them on the timing of the abortion.

Regardless, according to many feminist writers on Twitter, the move was a total disaster.

Lauren Rankin, who writes for outlets like Allure magazine and while also volunteering as an abortion clinic escort, bashed the “ominous ruling that shows the Court has little regard for reproductive or immigrant rights.” 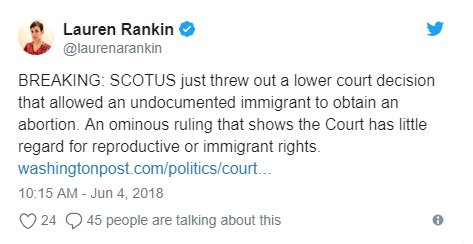 “SCOTUS essentially just wiped out the legal precedent that pregnant people in custody have a constitutional right to an abortion,” she warned. “And this likely will not stop at undocumented immigrants or people in custody.”

She concluded, “Human beings aren't illegal and neither is abortion.” 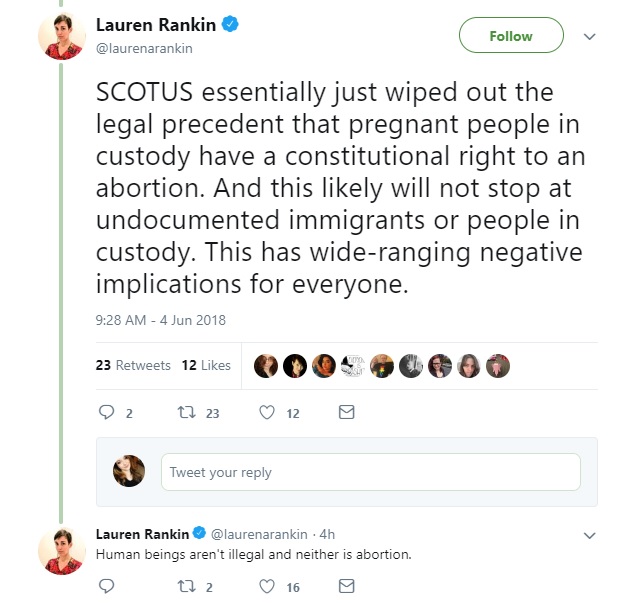 “The Supreme Court just sided with Trump in the case of Jane Doe, an undocumented immigrant teen who the government prevented from getting an abortion,” she elaborated. 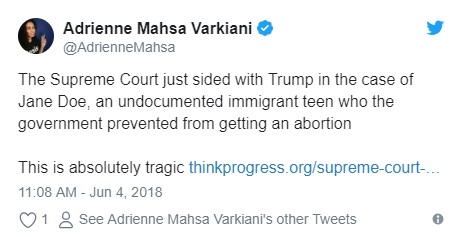 Editor-in-chief of Girl Talk HQ Asha Dahya reacted, “ARE YOU KIDDING ME?!?”

“Donnie it's cool to jail immigrant women when they try to get an abortion?” she asked of President Trump. “God forbid they have their own rights over their own bodies. If the trump admin doesn't want immigrants, they should get to dictate what choices they make either [sic].”

According to her, "it seems we have lost the Supreme Court for a whole generation now." 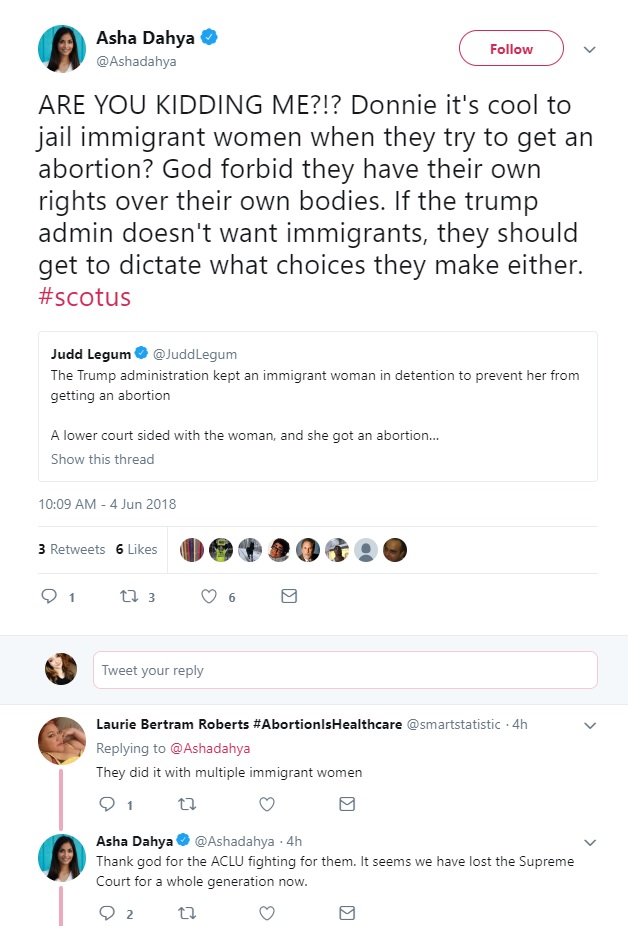 This isn’t new for the media. Last year, Hollywood and many in the media celebrated “Jane Doe” and her abortion immediately after it happened. At the same time, many in the pro-life movement warned of taxpayer-funded abortions for immigrants here illegally.