Planned Parenthood has always boasted close ties to the media – but not this close. A media figure is now in charge of finding the next president for America’s largest abortion provider. 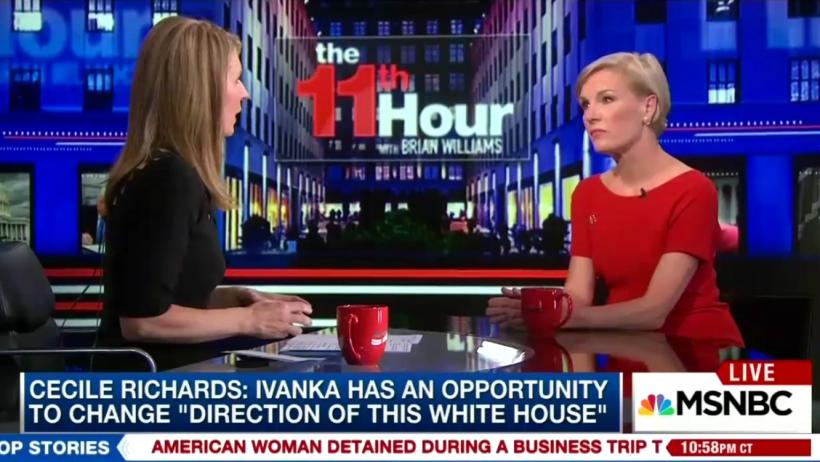 In a Wednesday press release, Planned Parenthood Federation of America announced that its president, Cecile Richards, would step down from her position in May. Board chair Naomi Aberly named those conducting the “search” to replace her “outstanding and dynamic leadership.” That included former New York Times and Newsweek op-ed columnist Anna Quindlen.

Aberly congratulated Quindlen, a columnist and author who has previously served as a Planned Parenthood board member.

“We couldn’t be more excited that Anna has taken on this important role,” praised Aberly. “Anna’s unique voice on behalf of women has motivated us for decades. The board is grateful for her willingness to help us find our future leader.”

Other members of the “Search Committee” came from Planned Parenthood:

Iris Harvey, CEO of Planned Parenthood of Greater Ohio; PPFA Board of Directors

In the media, writers for The Huffington Post and Rewire are calling for a “black woman” or a “woman of color” to replace Richards. This comes after Richards scolded white women at the Women’s March rally in Las Vegas.

Richards’ departure date coincides with the publishing of her upcoming memoir. Media have already begun to mourn her loss and express hope that she runs for office. In contrast, leaders of the pro-life movement noted the “trail of misery” “this most devoted practitioner” of abortion leaves, including 3.8 million lives destroyed in abortion during her twelve years at Planned Parenthood.