There are a lot of reasons people don’t like President Trump’s idea of having a military parade, but if you’re one of those troubled about the expense, national radio host Dana Loesch has a solution. Just redirect the federal money poured into the country’s largest abortion provider.

“Why does a parade cost $12 million?” host Martha MacCallum wanted to know of the high cost. “Can anybody answer that question?”

Her number likely came from a 1991 parade under President George H.W. Bush to celebrate success in the Persian Gulf War. According USA Today, the event cost roughly $12 million or “about $21.8 million in today's dollars.” 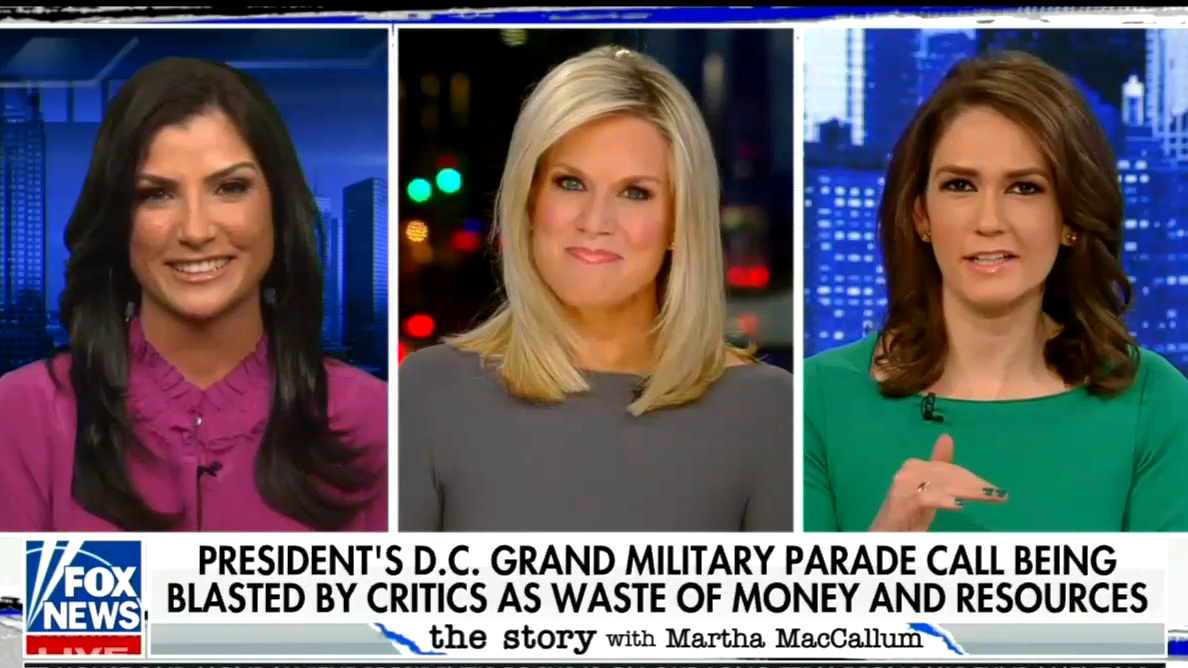 “I have a great idea as to how we could pay for this,” she began. “We could just cut government funding to Planned Parenthood, and it’d be covered right there.”

After Tarlov called it a “really bad idea,” Loesch continued.