Liberal Media Scream ‘F**K Off’ Over ‘Abortion Memo’ in NYT

The liberal media are all for tolerance – but all bets are off when op-ed columnists question adherence to abortion.

On Thursday, The New York Times published op-ed columnist David Brooks on his “Abortion Memo.” In his “imaginary” memo on “late-term abortions,” a Democratic consultant advised Democratic leaders to end the party’s obsession over abortion. 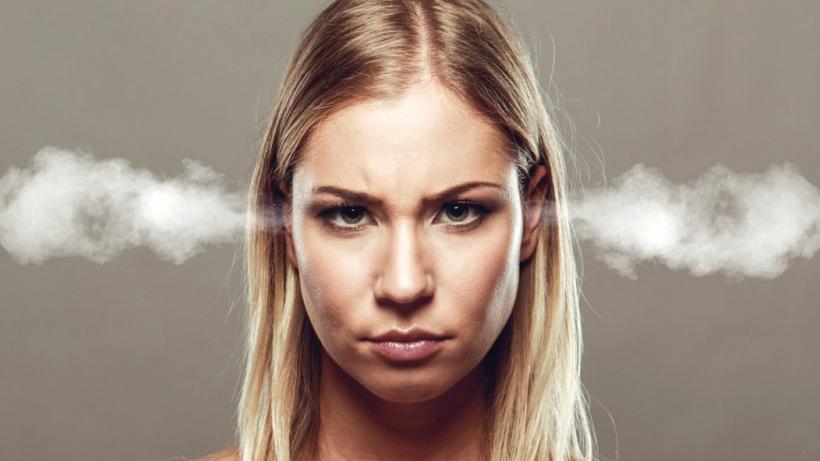 “How much is our position on late-term abortions hurting us?” the consultant began, referencing a recently failed attempt by lawmakers to ban abortion after 20 weeks. “How many progressive priorities are we giving up just so we can have our way on this one?”

He credited pro-life voters for the elections of both Ronald Reagan and Donald Trump to the presidency, and asked the Democrats to imagine “what would happen if Roe v. Wade was overturned.”

But instead of taking the “memo” as food for thought, media figures and commentators went berserk on Twitter.

“I'm so fucking done,” began feminist and Guardian columnist Jessica Valenti. “Honestly, FUCK this dishonest bullshit. You know what I'm not willing to tolerate? Dead women. Women being forced to carry dying fetuses.” (Forget that the 20-week ban included exceptions for life of the woman.)

Foreign Policy and New York Times contributor Bethany Allen-Ebrahimian added, “If this doesn't make any sense to you, let me explain: David Brooks has never been pregnant.” Her Foreign Policy colleague, Shelbie Bostedt, continued, “hey david brooks how about you fuck right off.”

hey david brooks how about you fuck right off https://t.co/JT0GMDYcn8

For her part, Aubrey Hirsch, who has also written for The New York Times, added, “FUCK YOU, David Brooks.” Similarly, Courtney Enlow, who has appeared in outlets like Bustle and Glamour, continued, “Just...like...fuck you David Brooks” and worried that her “throbbing vein behind my eye” might “explode.”

How about men DO NOT GET TO SPEAK ON THIS EVER. FUCK YOU, David Brooks. How dare you? And shame on you, @nytopinion. This is humiliating for those of us who actually have uteri to listen to those playing with house money speak on something that has NOTHING to do with them. https://t.co/kqcnlOyBEe

Fuck you, David Brooks, with a coat hanger

Seems to be a theme here, doesn’t there?

Rewire analyst Imani Gandy hoped “he has to pee every 15 minutes and during his 5th trip to the can, his toilet gets clogged.” She later also hoped he “finds a fly in his soup at lunch today,” or, rather, an “infinite number of flies.”

Good morning to everyone but David Brooks, who I hope finds a fly in his soup at lunch today.

An infinite number of flies, actually.

Every time he picks one out, a new one appears.

Former Guardian writer Alana Massey posted a picture of a hole in the wall with the caption, “I am invoicing David Brooks for the hole I literally just kicked in my wall reading this.”

I am invoicing David Brooks for the hole I literally just kicked in my wall reading this. pic.twitter.com/ONYKNCIH8x

Huffington Post columnist Jamil Smith bashed the “rubbish.” Reporting for HuffPo, Laura Bassett referred to the piece as a “waking nightmare.” Another colleague, Emma Gray, charged that “his writing indicates he hardly recognizes that women are full human beings.”

GQ Magazine writer Nathaniel Friedman declared that Brooks “has absolutely no idea what he’s talking about here.” His colleague, Jay Willis, offered $5 to the heroic NYT employee who locks David Brooks out of the CMS,” or content management system for posting stories.

Making fun of the recent attempt by pro-life lawmakers to ban abortion after 20 weeks, Allure magazine editor Hayley MacMillen called for a “a ban on David Brooks columns after the first 20 words.”

A ban on David Brooks columns after the first 20 words

Biggest mistake of the day: reading David Brooks after 10 PM. Now I'll be up all night, fuming.

The Root and ThinkProgress writer Preston Mitchum “almost stopped breathing from how ridiculous it is,” while BitchMedia columnist Britni de la Cretaz was “so angry” she was “shaking.”

I am so angry about the David Brooks op-ed that I am shaking.

New Yorker editor Lauretta Charlton responded with a “memo” about Brooks’ “pie hole” while Bleacher Report writer Natalie Weiner concluded that Brooks “should not have a job writing op-eds.”

This isn’t the first time the media have viciously bashed New York Times columns against abortion. Last year, media shrieked “fuck off” another op-ed said Democrats “must stop being the “Abortion Party.” A few months later, feminist media attacked what they called a “bullshit” pro-life op-ed written by “terrorists.”