Love is the answer to the question of abortion, according to one pro-life organization.

On Tuesday, the March for Life Education and Defense Fund held a briefing on Capitol Hill to announce the theme of the 2018 March for Life: “Love Saves Lives.” In an interview with MRC Culture at the event, Jeanne Mancini, the president of the March for Life, stressed that “love is really the DNA of the pro-life movement, not judgement” and that abortion “creates another problem” instead of solving one.

As the largest annual march in Washington, D.C., the March for Life condemns abortion and celebrates human life on or around the anniversary of the Supreme Court’s 1973 Roe v. Wade decision. Regardless of the weather, the march regularly attracts tens of thousands to hundreds of thousands from across the country. Still, the networks have routinely overlooked the event in years past.

Serving as the group's president, Jeanne Mancini publicized that the 45th annual March for Life will be held on Jan. 19, 2018.

“We gather every January to march because we know that abortion is the single most significant and horrific human rights abuse of today,” Mancini stressed. “As a country, we’ve lost over 59 million Americans since January 22, 1973 and many mothers carrying the war wounds of choosing abortion. That’s why we march.”

For the upcoming march, as with every march, Mancini said that her organization attempted to “choose a message that we believe is most needed” for the theme. That led them to decide on “Love Saves Lives.” 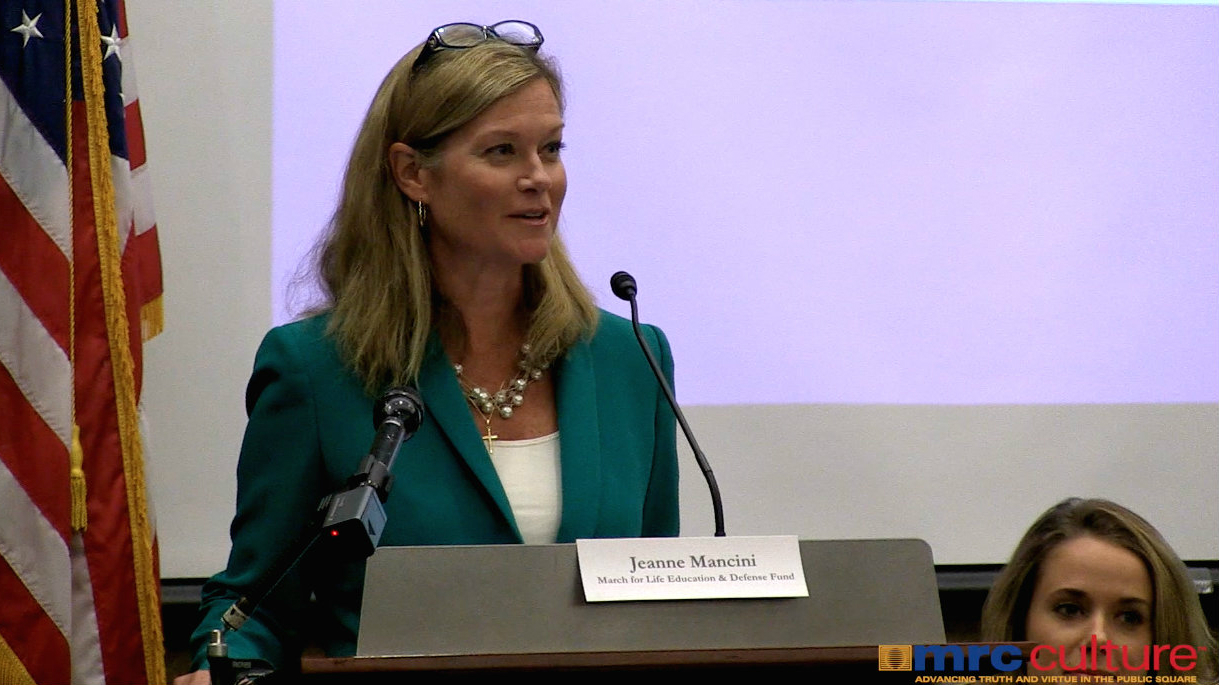 “I don’t know about you, but I think our culture needs love, real sacrificial heroic love, more than anything else right now,” Mancini urged.

She elaborated on the decision.

“Love is universally attractive, right? Because it’s directed towards the other,” she said. “We find ourselves, we find fulfillment, we complete who we are made to be, in giving of ourselves. Choosing life, as we all know, is not always easy. But it is the loving, empowering, and self-sacrificial action.”

She called stories of love saving lives the “DNA of the pro-life community,” from parents who adopted children out of foster care and a woman who dedicated her life to the cause as a Sister of Life to other parents who refused abortion and began a maternity home.

But Mancini anticipated critics of the theme.

“To those of you who might disagree with this premise that love saves lives, we don’t solve one problem by creating another,” she responded of abortion. “Society is right to work to address poverty, economic inequality, healthcare coverage and other really important challenges. But we believe that abortion will never be a solution to these issues.”

Instead, she concluded, “love is the answer.”

“[I]t is the case often that an unexpected pregnancy is pretty scary and it’s kind of messy,” Mancini admitted. “But that choosing life is beautiful and it’s empowering and that there’s so many resources out there that can give a woman what she needs to be able to choose life.” 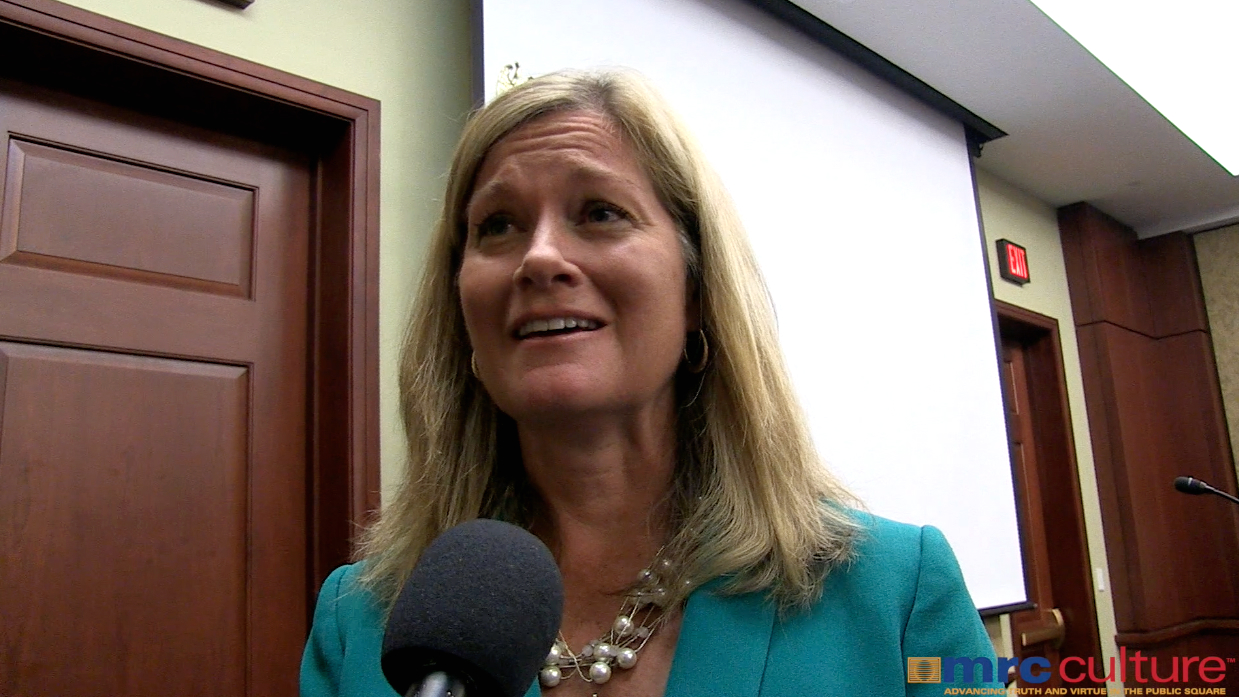 Furthermore, she said, women “have it in them.”

“Women have that incredible strength in them to choose life,” she continued. “And often, that’s just all they need to hear, is ‘You’ve got this. You can do this.’”

In regards to the media reporting on the theme, Mancini hoped for more coverage on pregnancy centers.

“What I really hope for, Katie, is that we work ourselves out of a job pretty soon, right? Like that we don’t need to keep marching,” she told MRC Culture. “So my hope this year is that we really inspire and motivate the participants in the March for Life and even people who can’t come but wish that they were there, to make a difference in their local community because really it’s only going to be then that we end abortion in this country and that we build a culture of life.”

Previous March for Life themes have touched on adoption and the value of every human person.