It’s called adding insult to injury: pro-life women (and men) have not only been rejected by the Women’s March on Washington but also by the liberal media.

This month, two similar events are happening in Washington, D.C. Both pertain to women. One attracted an estimated 500,000 Americans this year, the other boasts tens of thousands to hundreds of thousands marchers every year. But one main difference – a difference the media care about – is agenda: one is pro-abortion, the other is pro-life. 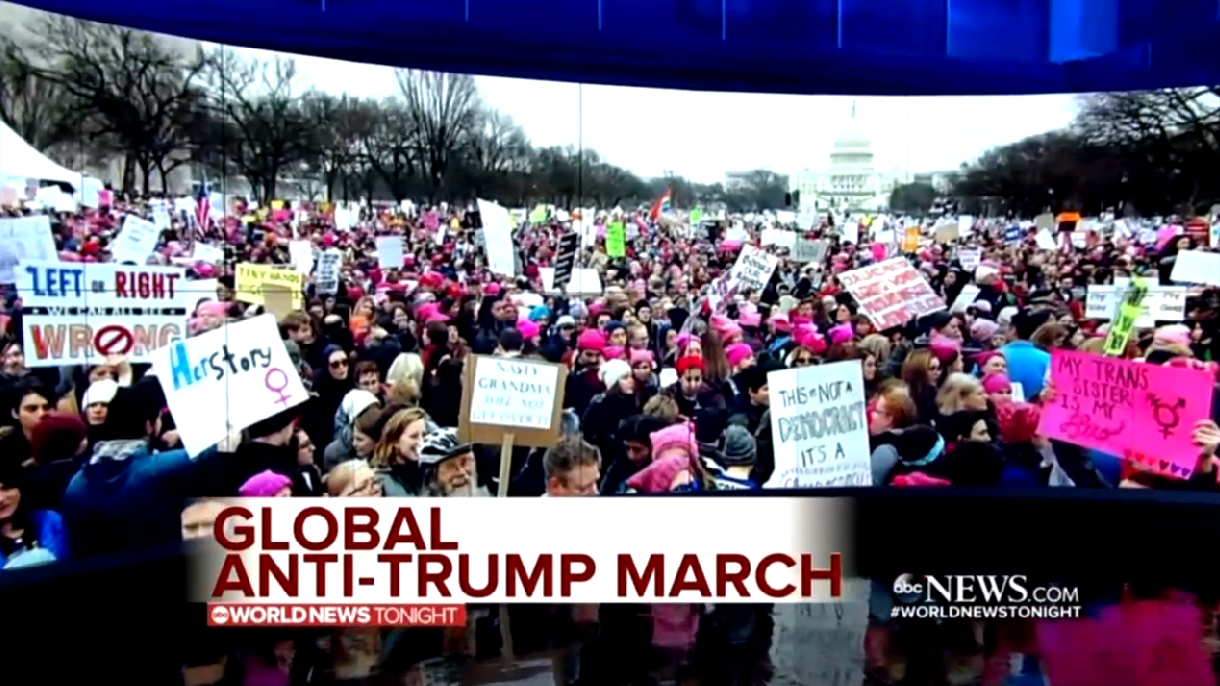 During their morning and evening news shows, the three broadcast networks (ABC, CBS, NBC) covered the women’s march 129 times more than they did the 2016 March for Life last year. And it’s anyone’s guess as to whether or not they will cover the 2017 March for Life Friday.

Held the day after the inauguration, the women’s march brought hundreds of thousands together (millions worldwide) to tell the new administration that “women’s rights are human rights.” Except, according the march’s pro-abortion platform and its behavior towards pro-life organizations, “women” doesn’t include all women. That became even clearer when organizers removed pro-life group New Wave Feminists from its partner list.

As the largest annual march in Washington, D.C., the March for Life laments abortion and celebrates human life on or around the anniversary of the Supreme Court’s 1973 Roe v. Wade decision.

ABC, CBS and NBC spent at least one hour, 15 minutes and 18 seconds on the women’s march. But for the 2016 March for Life, they devoted an embarrassing 35 seconds (22 seconds following the march, 13 before).

Before the women’s march even happened, the network news shows had devoted nearly 23 minutes to the event.

The networks first advertised the women’s march this year beginning on Jan. 6. NBC Today host Matt Lauer commented on an “embarrassing mistake” by the Washington Post’s Express for placing the male symbol on its cover for the women’s march.

By Jan. 19, all three networks had covered the women’s march, with NBC correspondent Stephanie Gosk predicting a “sea of pink” (a reference to women marchers planning to wear pink “pussy hats” to protest President Donald Trump) at the march during Nightly News.

Even up until Tuesday morning, CBS covered the march by playing clips of late-night hosts talking about the protest during This Morning’s “eye openers.”

On Jan. 23, following the march, CBS This Morning still touted the event, with co-anchor Norah O’Donnell commenting that “Organizers of the women’s marches are taking steps to transform the energy from the weekend protest into action.” Her colleague, Charlie Rose added, “Could it take – begin there and become something larger in terms of the empowerment of women in terms of the whole range of issues that are crucial for women and their place and their opportunity to participate in the world that we live in?”

That same day, during Evening News, CBS anchor Scott Pelley called the marches “extraordinary” and wanted to know, “So, what happens next?”

Echoing CBS, ABC anchor David Muir asked about the march during World News Tonight “Can they sustain the momentum turning those marches into a movement?” 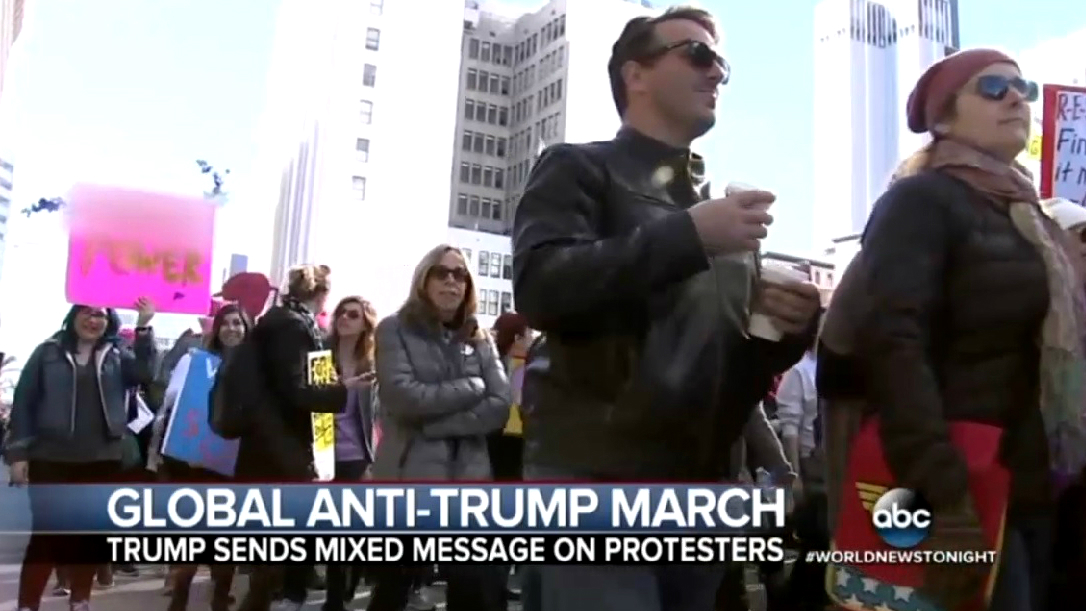 Not once did a network news show mention the exclusion of pro-life women from the women’s march. And while ABC, CBS and NBC hyped the march, multiple news shows blurred words on the signs the marchers carried because of the vulgar language on them.

Of the broadcast networks, ABC was the only one to report on the 2016 March for Life. In a casual reference to last year’s January blizzard, Good Morning America reported on a “group of high schoolers trying to get back to Kentucky after visiting D.C. for the March for Life.” That mention amounted to 22 seconds.

For that same show, the morning of Jan. 22, co-anchor George Stephanopoulos on the March for Life “set to take place today, despite the storm warnings” with an expected “tens of thousands” to “protest abortion.” That amounted to 13 seconds, or 35 seconds total.

The broadcast networks and news outlets have long misrepresented the March for Life. In response, the Media Research Center, along with other organizations, formed an Alliance for Fair Coverage of Life Issues to hold the media accountable.

On Wednesday, the alliance announced its second annual #CoverTheMarch campaign as MRC President Brent Bozell and other leaders in the pro-life movement called out the media for their coverage.

The alliance encourages the public to contact the broadcast networks and details the outrageous March for Life coverage in past years:

Since 2013, the networks have devoted just 100 seconds to the March for Life in following news shows – slightly more than they might have spent broadcasting a couple of burger ads.

This year, the March for Life is more relevant than ever.

This year, it’s time for the networks to stop censoring the news and to tell the truth about the March for Life.

Methodology: MRC Culture searched for the term “march” in morning and evening network news show transcripts from ABC, CBS and NBC from Jan. 1 through Jan. 24 (in 2017) and “march” from Jan. 1 through Jan. 31 (in 2016). In addition, MRCC watched the most recent network news shows not yet transcribed. Local news played over CBS This Morning for Jan. 21, so MRCC searched for West Coast segments online. According to transcripts, CBS Evening News Jan. 20 briefly mentioned the women’s march. MRCC found no mention of the march in recordings. There was no CBS Evening News Jan. 22 because of NFL football.