Many in the media race to label conservatives fighting for the unborn as “extreme.” But when it comes time to report on liberals pushing for taxpayer-funded abortion or Democrat-mandated abortion support, the media refrain from name-calling and, oftentimes, from covering the story at all.

In late April, DNC Chairman Tom Perez insisted that “every candidate who runs as a Democrat” and even “every Democrat, like every American” should support abortion. Those comments sparked controversy in the political world – and even online where The Huffington Post recognized Perez as the “first head of the party to demand ideological purity on abortion rights.” But the broadcast networks haven’t reported the news once. 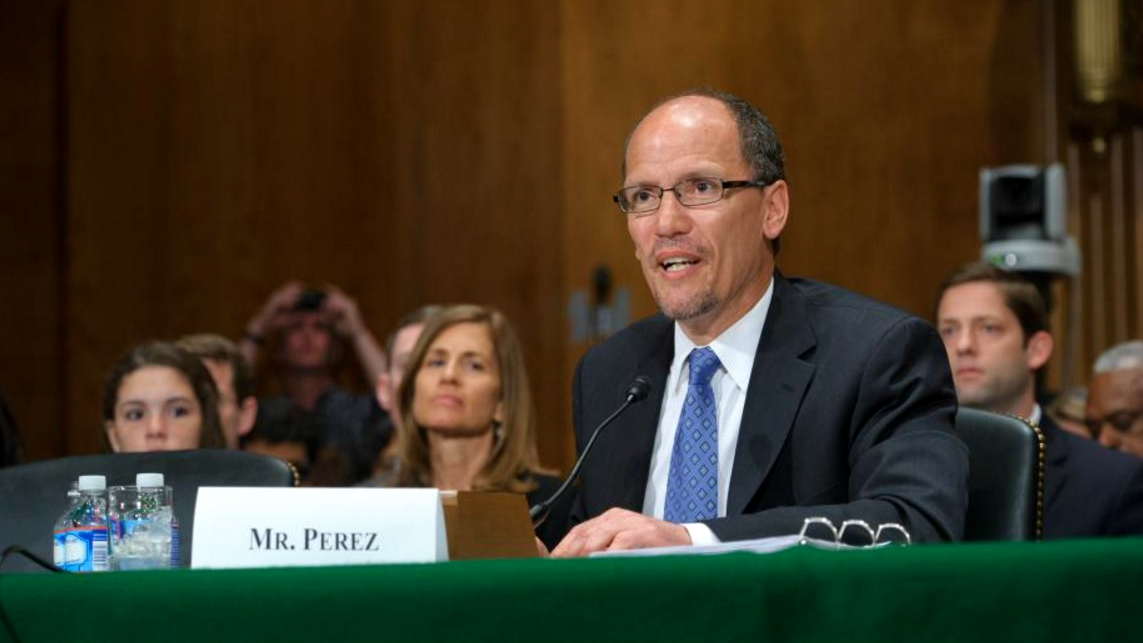 More than a week later, the news shows of ABC, CBS and NBC have yet to tell the American public that the Democratic Party is not only alienating the pro-life movement as a whole, but also cutting off millions of its own members.

Just days before his controversial comments, Perez initially claimed, “If you demand fealty on every single issue, then it’s a challenge” in regards to abortion. But that was a “challenge” he pursued in an April 21 statement, when he openly attacked Heath Mello, the Democratic candidate running for mayor in Omaha, Nebraska.

Perez appeared to take offense at Mello’s past pro-life legislation as a Nebraska lawmaker, which includes serving as a sponsor for a 20-week abortion ban. It didn’t matter that Mello had already promised to “never do anything to restrict access to reproductive health care” as mayor.

In his statement, Perez stressed that he “fundamentally disagree[d]” with Mello’s “personal beliefs about women’s reproductive health," although he admitted Mello's decision to back "women's fundamental rights" if elected mayor was a "promising step."

"Every candidate who runs as a Democrat should do the same because every woman should be able to make her own health choices," he concluded. "Period.”

But he didn’t stop there. Perez stretched his comments to include all Democrats – and even all Americans.

“Every Democrat, like every American, should support a woman’s right to make her own choices about her body and her health,” Perez added. “That is not negotiable and should not change city by city or state by state.”

But many Democrats begged to differ. Speaking as the executive director of Democrats For Life of America, Kristen Day told CNSNews.com, a division of MRC, that they were “severely disappointed” by Perez’s comments and called them “foolish” in regards to “coalition-building for winning elections.”

“There are 21 million Democrats who consider themselves Pro-Life,” she added. “We're supposed to be the party of inclusion and diversity, and this flies in the face of that.”

As Jeanne Mancini, president of March for Life, wrote in an op-ed for The Hill, Perez “made the conscious decision to alienate the 23 percent of Democrat voters who identify as pro-life.”

Ignoring extreme liberal positions on abortion isn’t a new practice for the media. Last year, the broadcast networks didn’t bat an eye at the new Democratic Party platform which called for the repeal of the Hyde Amendment, which currently prevents federal funding (aka taxpayer funding) from going towards abortion (with a few exceptions).

Methodology: MRC Culture searched for terms “Perez” and “abortion” in network morning and evening news show transcripts from ABC, CBS and NBC from April 21 to May 1.