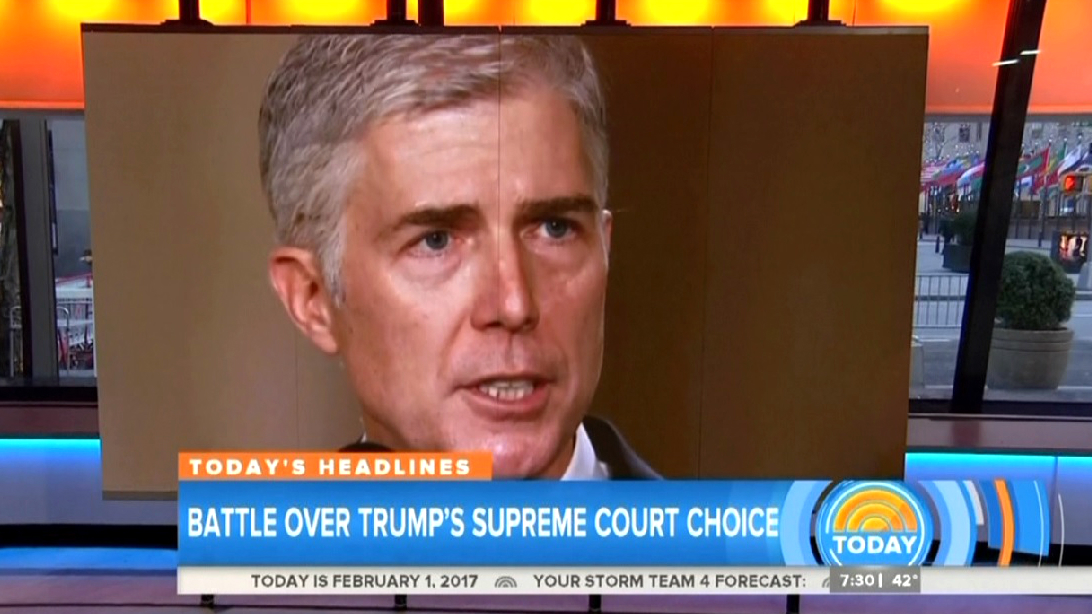 According to the liberal media and Hollywood, the president’s new Supreme Court pick can be defined as “anti-choice” and “mentally unbalanced.”

Tuesday evening, President Donald Trump nominated Judge Neil Gorsuch to the Supreme Court. While he has written against assisted suicide and sided with Hobby Lobby and the Little Sisters of the Poor as they challenged Obamacare’s contraception mandate, the judge has never decided an abortion case. But that was still enough for the liberal media (along with some in Hollywood) to attack him on Twitter.

As a politics writer for Salon, Amanda Marcotte took to Twitter to bash the president’s pick.

“Headline writers are disappointing me,” she began. “Not a one notices that Gorsuch’s legal philosophy can be boiled down to “grab ‘em by the pussy”.

Headline writers are disappointing me. Not a one notices that Gorsuch’s legal philosophy can be boiled down to “grab ‘em by the pussy”.

In another tweet, she found him an “illegitimate pick” and a “vile person.”

My take on the (BLANK) things you should know about Gorsuch piece: 1) He is an illegitimate pick and a vile person. 2) Repeat to word count.

Rolling Stone opinion writer Jesse Berney crassly asked for someone to tell the judge that “abortion is actually good.”

If anyone knows Neil Gorsuch can you get a message to him that I said abortion is actually good? Thanks.

Anna Fitzpatrick, a Toronto-based writer published by outlets including the New Yorker and Rolling Stone, took the opportunity to call him “anti-choice.”

oh he's anti-choice, what a surprise

Huffington Post video journalist Alex Berg did the same while reference the judge’s daughters and added, “Now women's rights hang in the balance.”

My heart skipped a beat when #NeilGorsuch mentioned daughters. He's anti-choice all the way. Now women's rights hang in the balance. #SCOTUS

So, Gorsuch is 49. That's an anti-choice judge for a lot of years.

International Business Times reporter Jason Le Miere similarly tweeted, “Can you imagine still having an anti-abortion justice on the court in 2050, more than 75 years after Row v. Wade? [sic]”

Can you imagine still having an anti-abortion justice on the court in 2050, more than 75 years after Row v. Wade? https://t.co/W9i4Cp0Ju0

A sex and relationships editor for Cosmopolitan, Hayley MacMillen worried that the judge’s record would “chip away” at “abortion access.”

As senior writer for art and tech blog Laughing Squid, Lori Dorn told her followers to take action against Judge Gorsuch with Planned Parenthood in the name of “safe abortion.”

Tell the Senate: when it comes to the Supreme Court, #NoRoeNoGo. Stand up for safe and legal abortion: https://t.co/tAkF0HOuKe via @ppact

Shortly after the nomination, actress and writer Megan Neuringer argued that it was “super crazy dumb” that Christian conservatives oppose abortion when it decimates those with differing ideologies.

Musician Steven Van Zandt declared that anyone against both abortion and contraception must be “mentally unbalanced.”

Only the profoundly mentally unbalanced could be against abortion AND contraception!

Tuesday evening, other celebrities used the “#StolenSeat” to tweet their fury over the nomination.