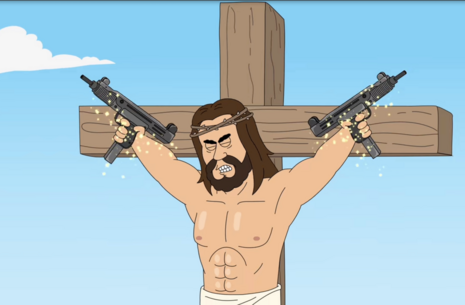 The crazy, over-the-top animated series was released on March 12 and took on the topic by ridiculing white male gun owners for using guns as a replacement for testosterone in Episode 4, titled “Trigger Warning”. Paradise’s police chief confesses to needing a gun to get an erection and the head of the NRA says the initials stand for Nards Removed Association. The script is off the wall, even for this totally unrealistic series.

Officer Kevin Crawford (voice of David Herman) watches an anti-gun video by super liberal Michael Moore and is so impressed that he wants his father, Police Chief Randall Crawford (voice of Tom Kenny) to watch it. Randall refuses. Kevin tells his father, “Dad, there’s no good reason why we can’t have sensible gun control.” Officer Gina Jabowski (voice of Sarah Chalke) pushes back by saying, “Give it a rest. I’m sick of you liberals acting like guns are the only dangerous thing in society. Mayonnaise kills people.”

Mayor Karen Crawford (voice of Grey Griffin), the wife of Randall and mother of Kevin, thinks the town has a gun problem, exemplified by children shooting at a pinata to bust it open at a birthday party. She frets that gun incidents keep happening yet no one does anything. At that point, the chief says he tweets “thoughts and prayers”, a common complaint by real-life gun-grabbing liberals who ridicule Second Amendment supporters during times of tragedy. Gina says, “Thoughts and prayers? What more could a grieving family want?”

Kevin tells his mother that she should do something. The chief says before she turns Paradise into “Communist Canada”, he’ll take them on a tour of the NRA. Kevin agrees to go in exchange for his father watching the Moore video.

The tour includes a gun pit with a dead kid buried in it and the corpse of Charlton Heston used as a statue, complete with a quote – “Pry this gun from my cold, dead hands and win a Republican Senate seat.” The head of the NRA, Mr. Chip Fuck-Yeah, shows them a video using Jesus as a prop to show how "guns make a better world." The video is horrifically offensive, with Jesus coming down from the Cross to kill his persecutors with machine guns then have sex with two women.

The NRA has developed smart guns called Mr. Bang-Bang. The organization wants all guns to be smart guns and mandatory for everyone. The catch is that, by everyone, he means white people. In order to sway the mayor, she is offered a suitcase of Russian money and she takes the bribe.

The guns take on the personality of their owners. The NRA programs them to shoot anyone deemed a threat. When a black officer walks into the room, for example, the guns turn on him. Kevin shows Mr. Bang-Bang articles on the internet about school shootings to convince the smart gun that guns don’t make everything better. The smart guns have an epiphany – just take out the ammunition and the gun is rendered safe. Kevin becomes pro-gun with this idea.

The gun control measures that Kevin and the smart guns decide are reasonable include 30-day waiting periods to buy a gun and an AR-15 ban. Gina objects, citing the Second Amendment. The chief, who has turned more liberal, says the Founding Fathers never anticipated the guns we have today so the Second Amendment isn’t relevant to the modern-day. This, too, is a common argument put forth by anti-gun liberals.

This episode is Hollywood’s idea of reaching a compromise on gun control which means tossing out the Second Amendment as irrelevant in today’s world. It’s malarkey, yet it is something to watch as the new administration continues on a far-left course in Washington.

Conservatives Fight Back: Contact Netflix to let them know your outrage over their release of such a blasphemous scene during Lent! 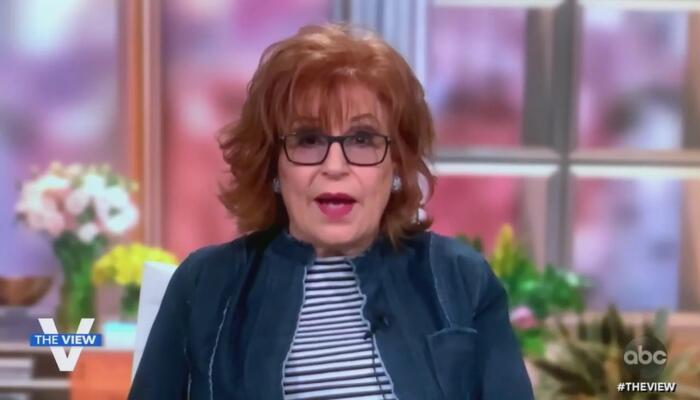 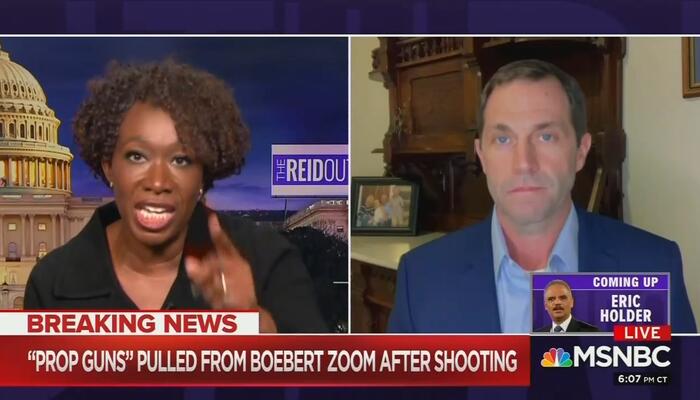 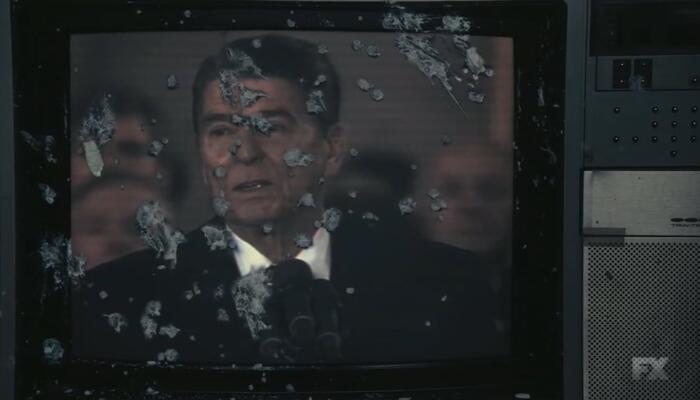 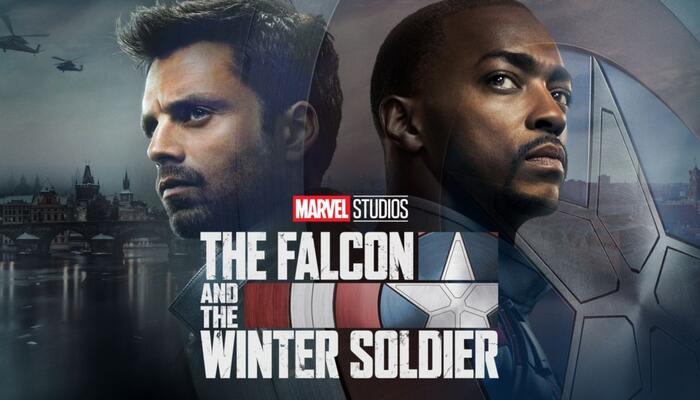 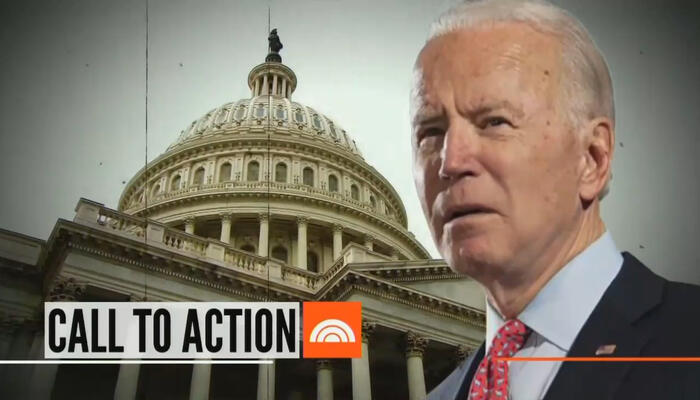 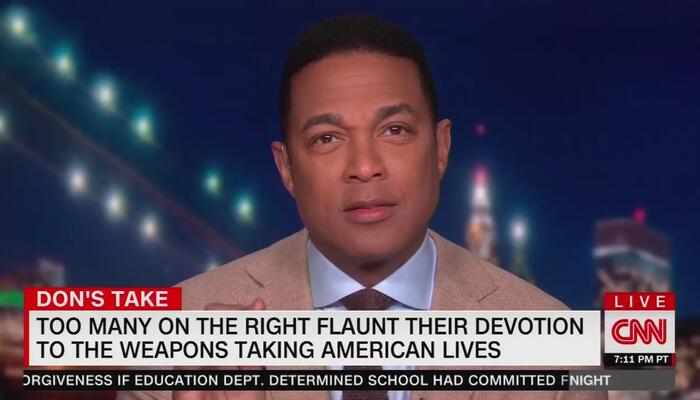 Lemon: GOP Wants to Take Away Your Vote But Won't Protect Your Life 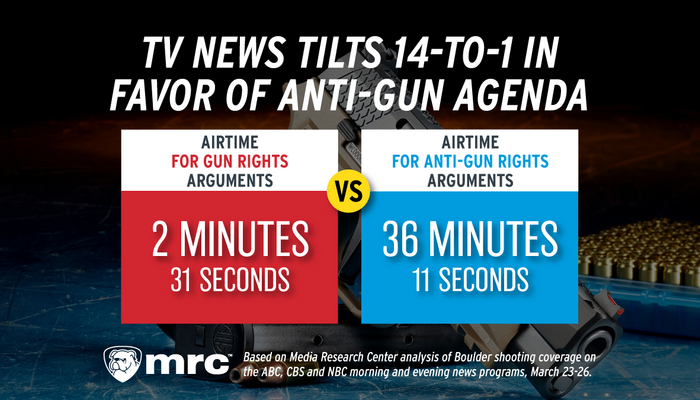 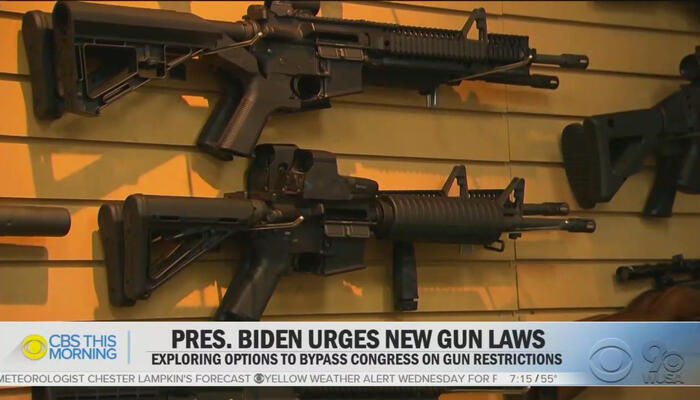 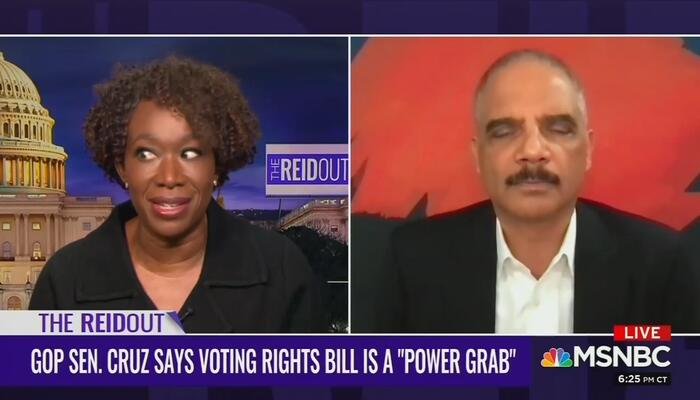