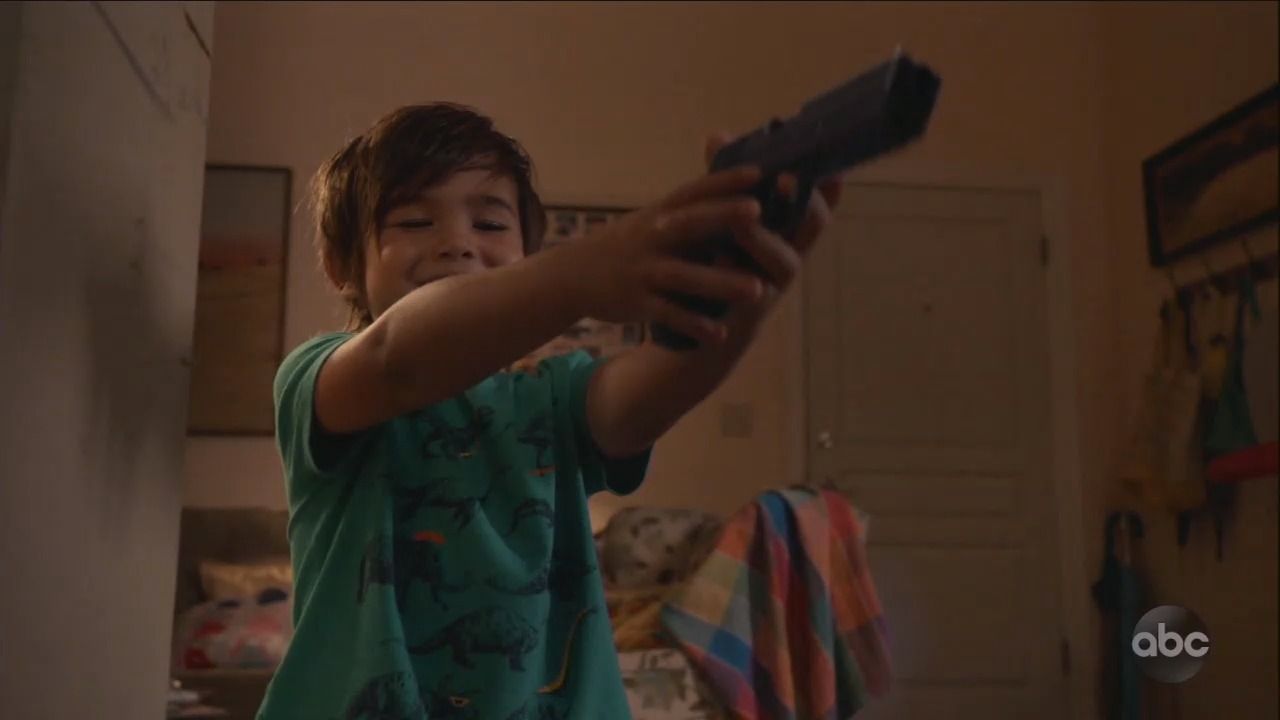 An innocent game of good guy, bad guy between a young boy and a babysitter took a potentially deadly turn in the January 30 episode of ABC’s Station 19, titled “Indoor Fireworks”. The episode ended with a Public Service Announcement (PSA) on behalf of an activist group known for promoting gun-grabbing legislation in Washington, D.C.

We know how little boys like to pretend like their thumb and index finger form a gun. They shoot at a friend and make the “pew, pew, pew” sound. In this episode, policeman Ryan Tanner (Alberto Frezza) and a little boy, perhaps three or four years old, play like that while Ryan and his friend Lt. Andrea (Andy) Herrera (Jaina Lee Ortiz) with the Seattle Fire Department babysit him and his siblings. Their mother, Andy’s neighbor, had been taken to the hospital with an injury.

At the very end of the show, Ryan and Andy were talking and Milo came into the room holding his mother’s gun. Though both Ryan and Andy tried to convince Milo to put the gun down, he did not and accidentally fired the gun. The bullet hit Ryan in the chest. Andy calls 911, is put on hold with them, so she calls her father (a captain with the fire department) for help.

Andy: I want to. I want to say something.

Ryan: Well, there's nothing to say.

Ryan: I guess it turns out everything is about you, Andy.

Ryan: Whoa. Milo, put that down! That's not a toy!

Milo: I want my mommy!

Then the lecture comes in the form of a PSA. It is delivered by Andy’s father, Captain Pruitt Herrera (Miguel Sandoval).

Consider this. 4.6 million children in the United States live in a household with at least one loaded, unsecured gun. If you have a gun at home, store it unloaded, locked, and separate from ammunition. And no matter what, make sure you always ask about how guns are stored in other homes. You could save a life.

The screen then directs viewers to EndFamilyFire.org.

While we want all children to be safe in their homes and guns properly stored away from the grasp of little hands, it should be noted that the End Family Fire initiative is a project by a left of center political group that strives to make inroads into dismantling the Second Amendment, the Brady Campaign to Prevent Gun Violence.

Station 19 is a Shondaland Production and Shonda Rhimes's shows have had anti-gun messages in the past.