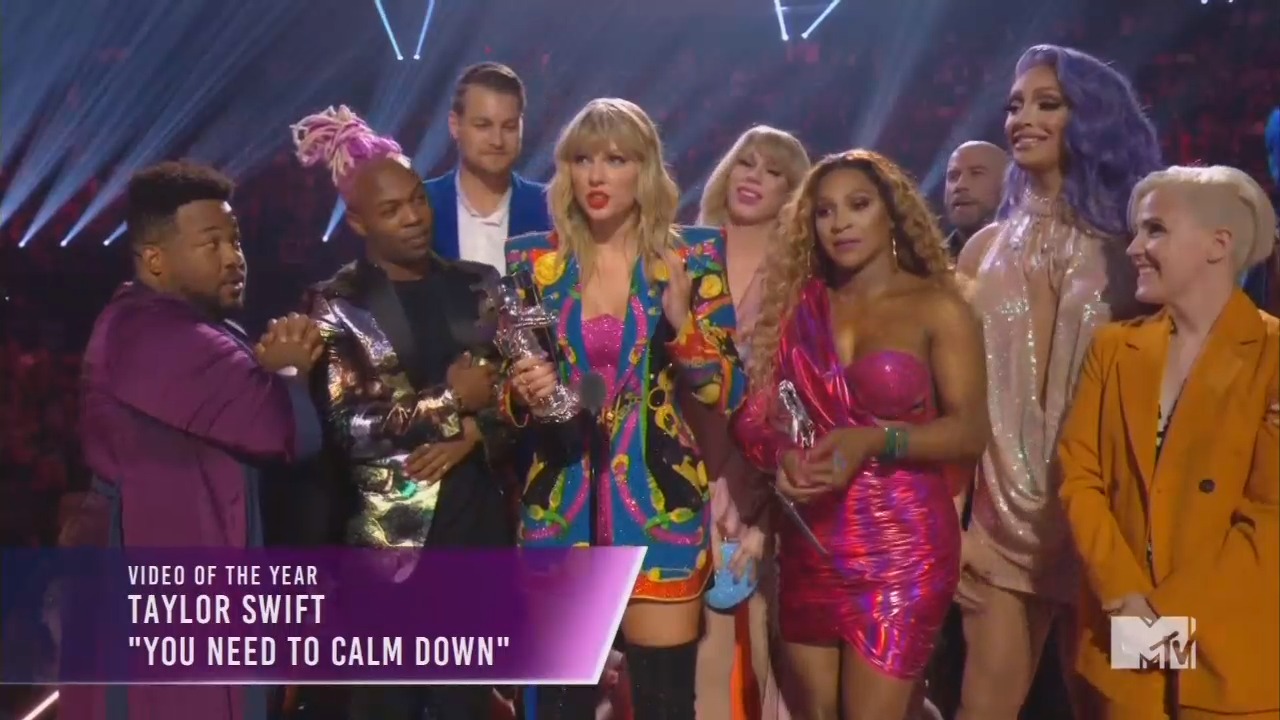 Who knew that a star of the show GLOW on Netflix was a constitutional scholar? She's not, and yet, actress Alison Brie declared with certainty on the stage of the 2019 MTV Video Music Awards Monday night that what America is doing to immigrants is “unconstitutional and frankly disgusting."

As Brie and singer French Montana presented the award for Best Latin Video, they conflated legal and illegal immigrants. While French Montoya wants to be the "voice" of immigrants, as one himself, and said, "we are the people that make this country," he didn’t mention he legally immigrated. Brie chimed in, “What’s happening to immigrants in this country is unconstitutional and frankly disgusting”:

MONTANA: Everyone in music knows that the artists nominated for Best Latin Video are a global force.

BRIE: Their music is the soundtrack for the entire world. Wherever you go, every country on every continent, people are listening to it. The videos don't get millions of views, they get billions.

MONTANA: I'm so proud to pronounce this award, because as an immigrant, I feel like we are the people who make this country. And I feel like I want to be the voice.

BRIE: What’s happening to immigrants in this country is unconstitutional and frankly disgusting.

MONTANA: And can I get a hand for that? These nominees and most of them are immigrants, too, are on top of the biggest movement in music. Check them out.

Pop star Taylor Swift won the Video for Good Award and Video of the Year for her song “You Need to Calm Down,” a song that promotes LGBT pride. When she accepted the award, she spoke of her petition online in support of the Equality Act, an “anti-discrimination” bill that discriminates against religious views on traditional marriage and biological sex.

While Ms. Swift said the petition has enough support to receive a response from the White House and tapped her watch impatiently, clearly the bill doesn't have enough support in the Senate and therefore President Trump hasn’t seen it on his desk. Maybe Swift is the one who needs to calm down:

Okay. I just want to say that this is a fan-voted award. So I first want to say thank you to the fans, because in this video, several points were made. So you voting for this video means that you want a world where we are all treated equally under the law regardless of who we love or how we identify. At the end of the video there was a petition and there still is a petition for the equality act which basically says we all deserve equal rights under the law. And I want to thank everyone who signed that petition because it now has half a million signatures which is five times the amount that it would need to warrant a response from the White House.

Fortunately for the viewing audience, the majority of the rest of the award recipients and presenters steered clear of politics and just accepted their awards with gratitude, which is how it should be.