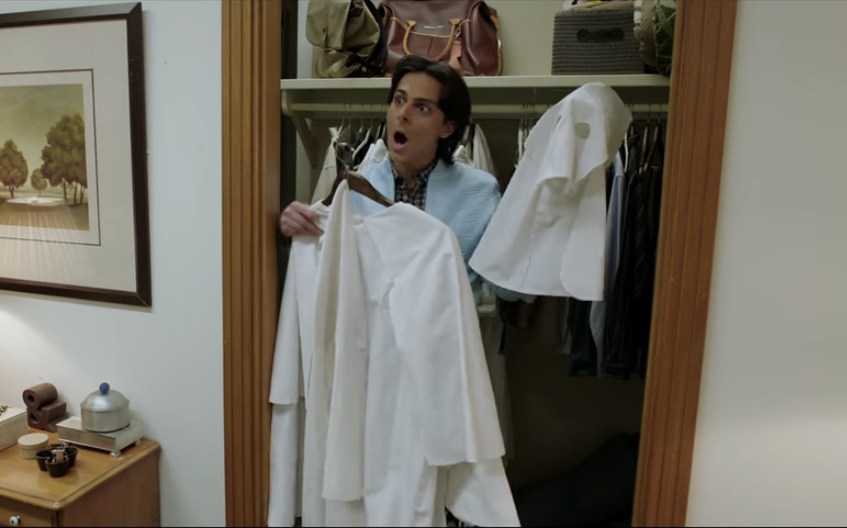 The third (and hopefully the last) season of Netflix’s Dear White People series began airing August 2 with ten half-hour episodes. The only remarkable aspect of this season is that it feels like it is just the same old, same old kind of stories. They pick up right where they left off in previous seasons mocking conservatives and Republicans. Frankly, it’s gotten boring.

There is one blatant attack against supporters of President Trump in the third episode, titled “Chapter III." Gay students are watching a reality show, a parody of Queer Eye titled U.S. of Gay. The Bobby character compliments the “passion” of a family of Trump supporters who are getting a make-over from the cast.

There are Confederate flags flying and Trump yard signs across the front lawn. "But maybe give it, that like, sophisticated zhuzh so that more people feel welcome," he says. Glancing over at the only black member of the Queer Eye group, the patriarch of the family answers, “So can we make it so that only some people feel more welcome?" The implication is that Trump supporters are racist hicks.

To go one step further than the standard slam of racism, the Tan character goes into the house and pulls out a white KKK robe and hood from the patriarch’s closet. He says, “Hunty! It's after Labor Day! What are you doing with all this white?! Disappointed." Ugh. So original.

The last episode, titled “Chapter X,” includes a parody of Trump’s presidency, a bizarro world where the racial roles are reversed. It is called Dear Black People and the reality star in the White House is Flavor Flav. Samantha "Sam" White (Logan Browning) is back in the radio show’s hostess seat and narrates: “Dear black people. Congratulations. You’ve escaped the tyranny of four years under a profoundly qualified and eloquent leader. Hope it’s worth ruining what’s left of democracy by putting a reality star in the Black House.”

The alternative reality includes references to a wall that will be built and paid for by Canada and a making a dormitory “white again.” Funnily enough, Hillary Clinton is the loser in this world, too.

The topic of the #MeToo movement is touched upon as a Silicon Valley success story is introduced to Winchester College. Moses Brown (Blair Underwood) is brought in as a mentor for students developing computer apps. He is accused of sexual misbehavior by Muffy Tuttle (Caitlin Carver) a white student and the daughter of a state senator. Though other female students encourage her to tell her story, she doesn’t move forward in bringing charges against Moses. The story just dies out.

As I mentioned above, it looks as though the series has run out of steam. They even admit as much with the inclusion of a line that self-owns the season’s dullness. When a character describes something as just being more of the same, the response from another character is, “It’s like the third season of a Netflix show.” Exactly.

As of today, a fourth season renewal hasn’t been decided upon. Perhaps we’ll get lucky and Netflix will take a pass on it.