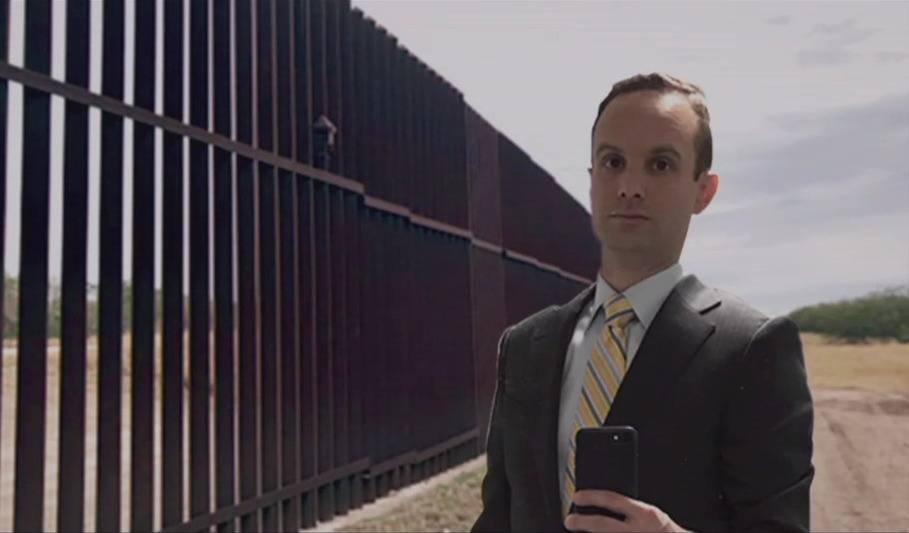 A group of liberal professional women trying to disrupt the Trump administration at any cost sink to a new low in the May 9 episode of CBS’s All-Access streaming show The Good Fight. In “The One Where the Sun Comes Out,” the dangerous practice of swatting is used as payback for President Trump’s immigration policy and Trump senior policy advisor Stephen Miller appears to be the target.

The women in the Book Club are ready to ramp up their tactics against the Trump administration and the victim this week is Michael Tyrek (the president’s fictional senior policy advisor who looks suspiciously like the real Stephen Miller), whom they blame for the deaths of three children in El Paso "cages."

Resorting to "fuller measures," the group decides to "SWAT" Tyrek at his home, "giving him some of what he gave those kids at the border." (Swatting means making an anonymous emergency call falsely reporting that an intruder is inside a private home, provoking a SWAT team response.) When Diane Lockhart (Christine Baranski) objects to this tactic because of the potentially deadly results, the group dismisses her concerns. Along the way, she confesses that she’s discovered the founder of the group, Valerie, is a con woman serving time in Riker’s for fraud.

Soon Diane hallucinates a conversation with Tyrek as she watches his appearance on a cable news show after the news of two Guatemalan children dying at the border. He asks why she is pro-abortion and not concerned about unborn children while acting concerned about those at the border. She can’t answer that. She’s too busy calling Tyrek a racist, saying, "You don't care about these children on the border because they don't look like you, they're not white. You can't empathize with them or their parents, that allows you to do evil."

Then comes the news that Tyrek was killed in a SWAT response gone wrong. No doubt a sick liberal fantasy of the fate of Stephen Miller.

Still, the Book Club refuses to stop their escalation and tells Diane that the attack on Tyrek was a success for their cause, "Did you watch MSNBC? It’s about killing begetting killing, it’s exactly the point we wanted to make." If a man is killed during a SWAT raid, well, that’s just too bad. The means justify the end for them. It’s the “rules of warfare” and the war is against President Trump. They go on to threaten Diane if she turns the group in, saying, “We’ll be watching.”

Last year the series joked about assassinating President Trump, then this year called for fighting free speech with violence, tweeted an image with a subliminal message to Assassinate President Trump, and now has used swatting to kill off a thinly-veiled Stephen Miller character. This is Trump Derangement Syndrome to the extreme and it is dangerous. If simple criticism of Rep. Ilhan Omar is considered an incitement to violence, then what do we call this?

Next week brings the season finale of The Good Fight. It cannot come soon enough.