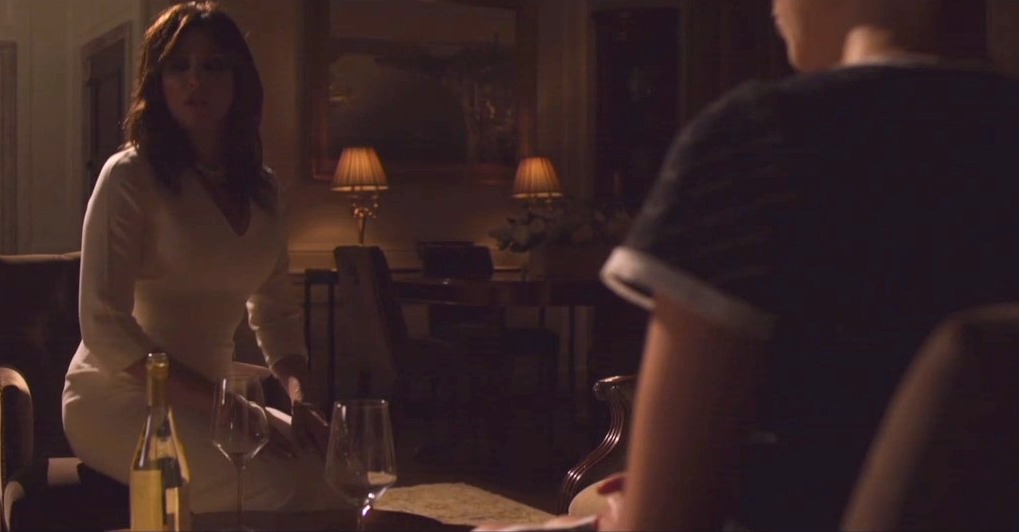 Liberal women like nothing more than to fantasize about First Lady Melania Trump divorcing President Trump. It is beyond their imagination that she might actually be happy in her marriage. This fantasy is put to use in the April 18 episode of CBS All-Access’s The Good Fight, titled “The One with the Celebrity Divorce.”

At the opening, attorney Diane Lockhart (Christine Baranski) is thrilled to hear her resistance group being touted on “America Goes Poddy,” a podcast much like "Pod Save America" by the Obama alumni. They sing the praises of the group of liberal women trying to take down President Trump. With such notoriety, the group gives itself an official name, The Book Club. The next move decided upon by The Book Club is to hack into Melania Trump’s email to “find out what she knows.”

That same day, associate lawyer Lucca Quinn (Cush Jumbo) is approached by a celebrity hairdresser, Wade V (Tituss Burgess), on behalf of a famous client who insists on complete secrecy because she is high profile - Melania Trump.

Supposedly the First Lady is contemplating a divorce from President Trump. Zelda Raye, Melania’s client conduit, arranges for Lucca to speak with her on a burner cell phone and Lucca cautiously starts to believe that the client is, in fact, Melania and not some prankster.

Then it is discovered that Zelda recently began to take on clients in the entertainment business, not just models as when she represented Melania back in the day. One client is a Melania imposter. The law firm’s senior partners caution Lucca to return "Melania’s" retainer and drop the case because it sounds bogus, especially when "Melania" asks about Trump’s pee tape. The firm allegedly has a copy. But Lucca wants to believe.

By the end of the episode, Melania backs out of her decision to divorce her husband. During a face to face meeting with Lucca, in a darkened hotel penthouse suite, Melania explains she uses Jackie Kennedy Onassis as her model. Both are Catholic women and Melania wants to follow Jackie’s example of when she “put on her lipstick and turned the other cheek.” She reasons that Jackie knew about President Kennedy’s other women, as she understood the man she married. She tells Lucca she has a "duty to the American people to see this through."

Melania comments that she didn’t realize that Lucca is black. Then, at the end of their meeting, Melania tells Lucca she likes black people. No doubt this random dialogue is meant to be a slap at President Trump and the liberal narrative that he is a racist. Ugh.

Lucca tries to talk her out of her decision but Melanie is firm about it. Until she finally says the one thing that will make her reconsider her decision is if the pee tape was given to her. Then it finally sinks in with Lucca that this person is an imposter. She’s just scamming the firm for that tape.

Another week, another attempt to smear President Trump. This week the writers stoop to dragging in the First Lady. Who’s next? Barron Trump?