‘Jane the Virgin:’ 'With Everything Going on in This Country' Pay Inequality Is a Racist Issue 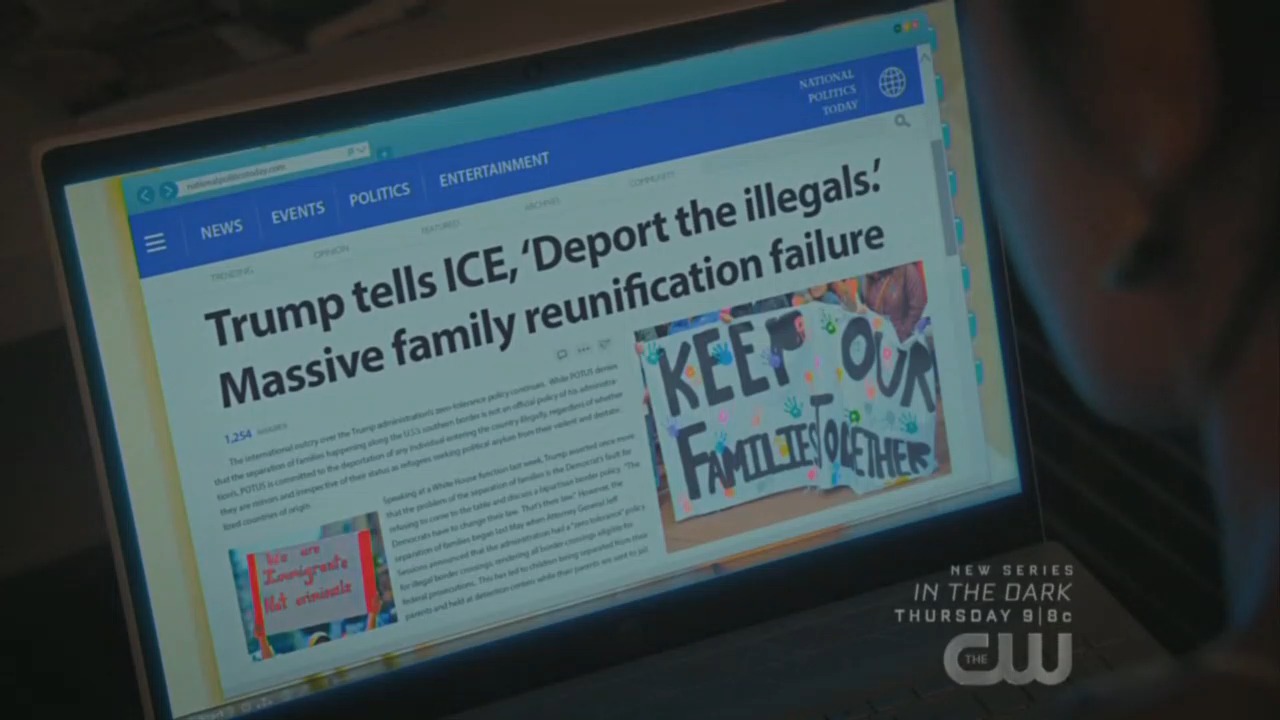 In the third episode of the fifth and final season of The CW’s Jane the Virgin, the hot button issue of pay parity arose with a twist. Instead of the usual liberal trope that women are not paid the same as men, in the episode titled “Chapter Eight-Four,” it is a man who is paid less than a woman that causes the problem.

Rogelio de la Vega (Jaime Camil) is filming an American version of his telenovela in Miami. His co-star is popular American actress River Fields (Brooke Shields). Once Rogelio discovers that he is only being paid half as much as River, he comes unglued and his ego is shattered. Xo explains to him that the issue of equal pay for female stars is a hot issue in Hollywood. She’s excited that the reverse is true in this case (click “expand”:

Xiomara: Can't eat. I'm already nauseous. How was your day?

Rogelio: I don't know how I'm going to work with that woman for the next seven to ten years.

Xo: Look, I know this is hard, and while I agree that you should be getting the same pay as River, you have to admit it's pretty cool that a woman is winning in the fight for gender parity.

Rogelio: Fight for what now?

Xo: It's the idea that men and women should be paid the same for doing the same job. It's a big issue in Hollywood right now.

Xo: A lot of celebrities are standing up for each other and demanding equal pay for women. William H. Macy stood up for Emmy Rossum. Bradley Cooper supported Jennifer Lawrence.

Rogelio: When did you become such a name-dropper? It's quite a turn-on.

Xo: Well, you know, chemo gives me lots of down time to read these.

Rogelio: Well, I thank you for alerting me to this appalling issue. Clearly, I need to read more about this important initiative.

Rogelio talked to River about the situation and she explained to him that the reason she is paid more is because she is the star of the show in America and thus more well-known. It was because of her that the show received the green light in the first place. He was not as well-known in America, though he’s a big star on Spanish television. River explained that pay equity is a woman’s issue and she’s a rare exception in Hollywood. She’s paid what she says she deserves. He tried to understand and accept her explanation.

Due to an accident on the set, River suffered a head injury that left her paralyzed on one side of her face. She came back to work, determined that the show must go on. After a particularly moving scene, River’s acting abilities convinced Rogelio that she was worth her salary. But he realized, so is he.

Back at home with Xo, she asked about his day and he told her that River was deserving of her pay but so was he. He explained that it was his telenovela and he should be as respected as her. Then he said he’s been researching the issue of pay equality and how it affects people of color in particular. Ah ha! There we are. It’s a racist thing, "with everything that's going on in this country":

Rogelio: She was incredible. She deserves every dollar they're paying her.

Xo: Then why do you look upset? I'm fine. Tell me.

Rogelio: Why? Did the crew ask you to handle me?

Rogelio: It's just... Yes, River clearly deserves to get paid what she's getting, but so do I. This is my project. I fought four years to get it made. It's my telenovela, my culture, my story I'm bringing to the screen. Yet somehow, with all of that, I'm only worth half as much as her. It's not right.

Rogelio: I did some research, and pay parity affects people of color, too. So this... Plus, with everything that's going on in this country... It's always been my dream to be famous in America, but I'm starting to wonder. Why am I so desperate for validation from a country that doesn't seem to value or accept me?

Did you notice that last part of the clip? Jane was using her laptop computer and there was a screenshot of a news story with an anti-Trump headline about illegal immigration (see image above). Ugh.

So, this episode worked in two popular leftist issues in the news. The fact that one actor was paid more than the other due to talent and popularity was boiled down to racism in the end. And, of course, there was the mandatory swipe against President Trump’s policies on illegal immigration. I can’t say that I’m sorry that this is the last season of the show.