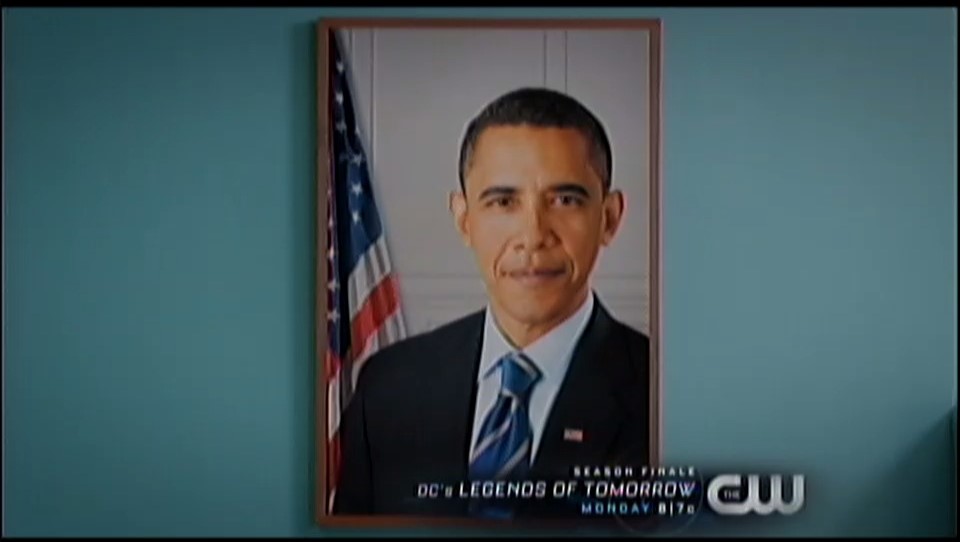 In the April 6 episode of CW’s Jane the Virgin, titled “Chapter Seventy-Nine,” Jane’s Grandmother "Abuela" Alba prepares to take the citizenship test to complete her requirements to finally become an American citizen. And, of course, there was a jab at President Trump and love for President Obama.

Alba Villanueva (Ivonne Coll) has a green card (after being in the country illegally for decades) and must now take her citizenship test to officially become an American citizen. Her daughter, Xio (Andrea Navedo), and granddaughter, Jane (Gina Rodriguez), have come with her for support. They sit in the waiting room of the immigration office and are thrilled when she comes out with good news - Alba passed with a score of 100% correct!

While this episode was mercifully not political up until this scene, you knew it couldn’t last. As the family rejoices, the photos on the wall come to life. The Founding Fathers applaud her, the Statue of Liberty congratulates her, and then the kicker happens. The portrait of the president that hangs in all government buildings morphs from President Trump’s photograph to President Obama’s photograph winking. Ugh.

But watch the scene for the full effect because it's all in subtitles. All three women speak English fluently, yet this scene, the scene where Alba becomes a new American citizen, is done entirely in Spanish. Wow. Even the Statue of Liberty says, "This land is your land," in Spanish. It seems disrespectful.

Maybe now the show will be done with the citizenship issue for illegal aliens, but don’t count on it. Jane loves to deliver a heavy-handed liberal political opinion at every opportunity.