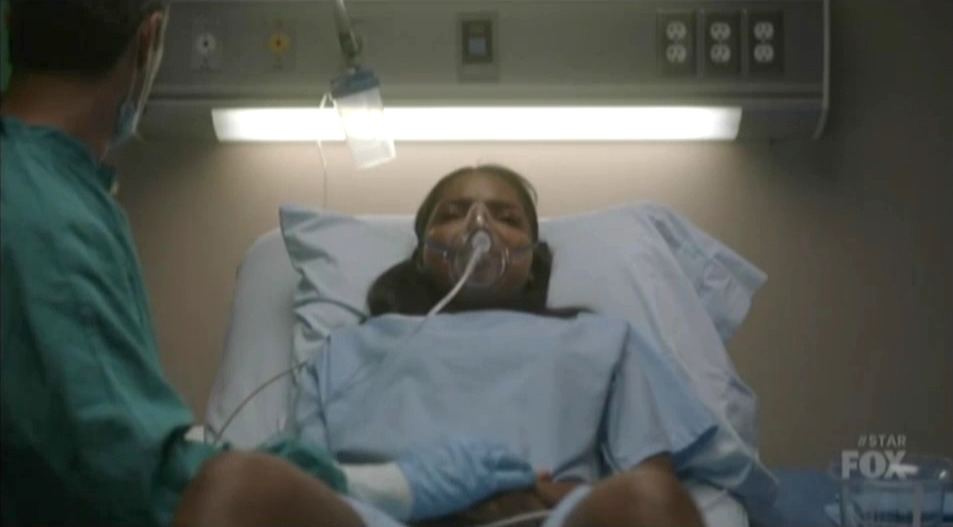 In the premiere episode of season two of Fox’s Star, a character who was pregnant at the end of season one now claims to have had a miscarriage but her deceptive claim is exposed as a lie in a shocking flashback scene at the end of the episode - she actually had an abortion.

In the September 28th episode, “The Winner Takes It All,” we pick up with Alex’s pregnancy from the end of season one. Alexandra “Alex” Crane (Ryan Destiny) discovers she is pregnant by her political activist boyfriend, Derek Jones, (Quincy Brown). Alex’s mother was none too pleased by this development and immediately began to pressure her to get an abortion but we thought Alex was keeping the baby. As the new season begins, Alex has suffered a miscarriage and all her friends and Derek are concerned that she doesn’t talk about the loss with anyone. Her relationship with Derek is beginning to suffer as he wants to talk about it with her.

Come to find out, Alex is lying. In a flashback, after she shuts down a conversation initiated by Derek about the miscarriage in an intimate moment, it is revealed that she did, in fact, go through with the abortion. The sadness, shock and panic on her face are clear even through the oxygen mask.

Derek: How are you?

Derek: You know, all we talk about is me. I want to talk to you, too. It's like... Ever since the miscarriage, you don't want...

Alex: We don't have to talk about that. All right.

Alexandra: I can't believe I'm having an abortion.

Alex has moved in with Derek – disabled from an injury he received during a BLM protest – so it will be interesting how long the writers drag out this deception. Clearly she is being emotionally affected by it.

It's odd that there seems to be a trend on TV lately of women covering up abortions to the fathers of their babies. I suppose it's part of the left's attempt to pretend that abortion is no big deal, but at least with this story, it appears Alex will be dealing with the very real consequences of her choice. I hope Star dares to expose the true pain of abortion, unlike so many other shows that whitewash it.