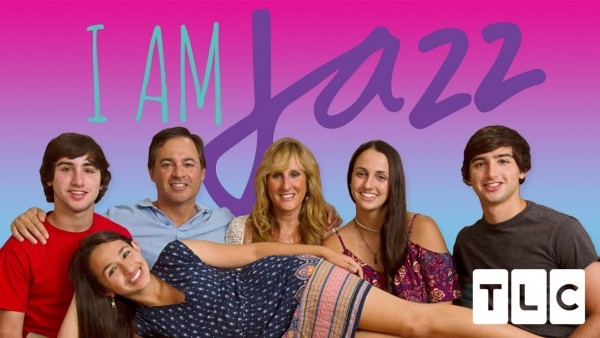 Season three of TLC’s I Am Jazz began with the episode titled “Bottoms Up” airing on June 27. Jazz Jennings was born a boy but wants to be a girl and has been living as one for years. The teen is turning 16 years old and is ready to complete "her" physical transition. But she soon realizes there is a self-made obstacle in her way.

In the past, the final surgical step wasn’t taken until the patient reached the age of 18 years old. Now, though, there seems to be a push for minor patients to proceed as soon as it looks like adulthood has been reached physically - never mind the fact that teenagers brains aren't even close to being fully developed until their mid 20's. The reasoning is that patient can recover at home instead of it interfering with college days. Jazz’s tests indicate she’s there. Her mother, Jeanette, is adjusting to the fact that the time has come. Her father, Greg, isn’t ready – he wants her to wait until she’s 18.

The most unusual reaction, to me anyway, was from Grandpa Jack. He candidly said, “The sooner, the better.” It was uncomfortable listening to him talk about her in a sexual way. Then he and Grandma Jacky addressed those who are less than eager to accept transgender people. Jack said, “Certain elements in society have that redneck component – she will always be somebody who was born with a penis.” Gramps sure is quick to generalize and judge as he turns his nose down on people not so eager to embrace the choice of such a small minority in society to ignore biology.

Grandma Jacky is concerned that Jazz will be labeled for the rest of her life. I know she means well, but why wouldn’t others have that thought? Her granddaughter, in particular, capitalizes on her sexuality - there's an entire show on TLC about it! This all may be normal for her family but it certainly isn’t for the vast majority of families.

The "bottom" procedure is called a vaginoplasty and Jazz is advised to go on a surgeon tour, like a college tour, to find the right doctor to perform the major surgery. Not to get too graphic but the hormone blocker Jazz has been prescribed in earlier years did a really good job of stunting the growth of her male bits (now that's an oxymoron). The bits are normally used to make the appearance of female genitalia but, in Jazz’s case, there doesn’t seem to be enough to work with for the standard procedure.

Jazz is trying mightily to act as though she’s got it together and says she wants a serious relationship with someone this year - keep in mind this is a 16-year-old. She tells her transsexual friend Skylar, visiting from Atlanta, that “more and more each day I consider myself pansexual." She’s “fluid” on to whom she’s attracted. At this point, I’m not even surprised at the revelation.

This episode ends as the surgeon tour begins. I am a new viewer of this show. I’m not a redneck but I don’t think I’m alone in thinking transgender girls were “born with a penis.” That, grandpa Jack may be surprised to learn, is very much a normal thought.