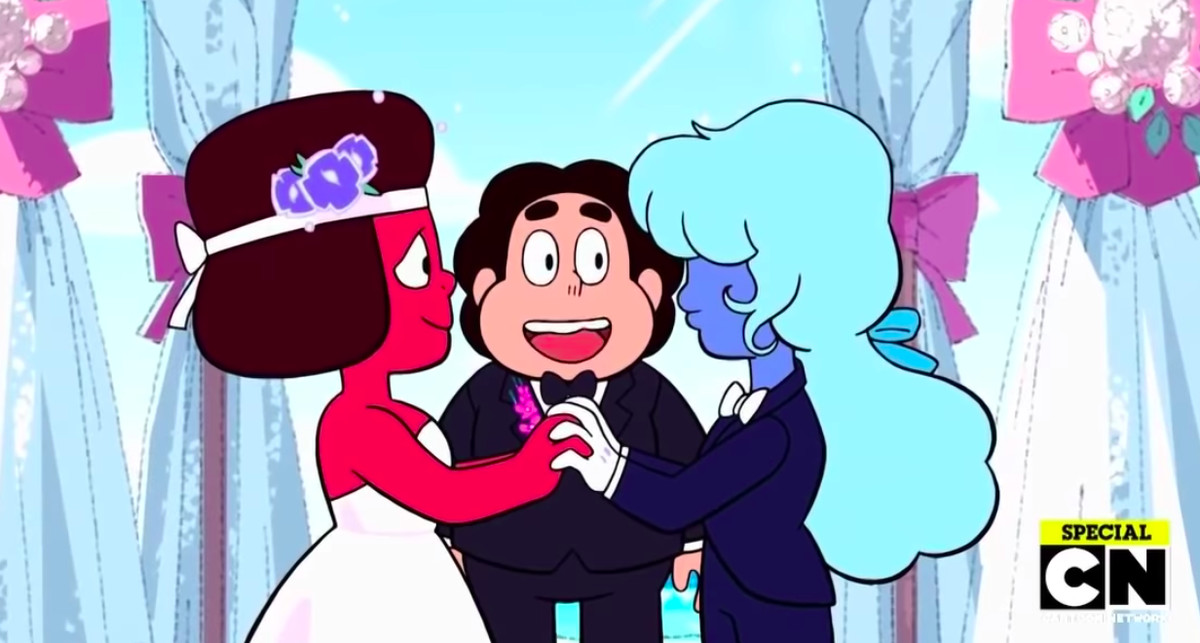 Remember the days when you could plop your kid in front of the TV without worrying about lefty indoctrination? Well, those days are over. Yesterday, Buzzfeed confirmed that My Little Pony will premiere an episode featuring a lesbian couple on Saturday for Discovery Family. This is coupled with a tweet from the Cartoon Network celebrating Pride Month.

On the next episode of My Little Pony, the characters “Aunt Holiday” and “Auntie Lofty” will act as the parents of the school-age pony “Scootaloo.” The Aunt and Auntie pair were confirmed to be a lesbian couple on Twitter by the show’s writer and producer Michael Vogel. Vogel, who is gay, also tweeted that show writers Nicole Dubuc and Josh Haber are doing “what we can to bring more EQuality to EQuestria!! [sic] #PrideMonth”

Vogel told Buzffeed News, “Nicole and I thought this was a great opportunity to organically introduce an LGBTQ couple in the series, and we asked Hasbro and they approved it."

My Little Pony follows in the footsteps of PBS’s Arthur. In May, the kid-friendly public broadcast network released an episode of Arthur where two male characters get married. These shows may themselves be taking notes from Cartoon Network, which has long paraded the rainbow banner.

On June 2nd, Cartoon Network, one of the most popular kids cartoon channels, expressed their support for Pride Month on Twitter. The network’s tweet stated,

We want to wish everyone a HAPPY PRIDE [sic] and encourage all of our LGBTQ+ fans to stand proud all year long! #pride #happypride #powerpuffyourself #pridemonth #powerpuffgirls

The extremely popular Cartoon Network sells LGBT-themed merchandise on their website including a pillow case that depicts a cartoon lesbian wedding. The image is a reference to an episode from “Steven Universe” where the female characters Rose Quartz (a pansexual) and Pearl get married and perform a sensual “fusion.”

Steven Universe is one of Cartoon Network’s highest rated shows; it is currently entering its sixth season with a film to be released late this year. Most of the show’s characters are humanoid aliens that have the ability of “fusion” -- where two or more characters with a strong emotional connection combine their bodies to generate a more powerful form.

These fusions are often romantic, and the writers intentionally use them as a metaphor for sex in same-sex and/or polyamorous relationships. Premiered in 2013, the show’s first season revealed that one of the characters, Garnet, is the product of a romantic fusion between two other female characters, Ruby and Sapphire. In another episode, the middle-school aged characters Steven and Connie fuse to create “Stevonnie,” who identifies as gender queer and uses the pronouns “they/them.” The show’s creator Rebecca Sugar is bisexual and speaks openly about the show’s LGBT themes.

According to a 2017 study by Common Sense Media, children 8 and under spend an average of 79 minutes a day watching TV either on a TV set or mobile device. With shows like Steven Universe, it’s no wonder that 59% of Generation Z (those born from the mid-90s to mid-2000s) believe that there are more than two genders with only two-thirds identifying as exclusively heterosexual. If parents are not vigilant, childhood gender dysphoria will only worsen as cartoons teach kids to explore their sexuality.