This past May, NPR released a guideline for the terminology that should be used in regards to the abortion debate. The guideline stated, “Babies are not babies until they are born” and abortion clinics are “health clinics.” And war is peace and freedom is slavery and ignorance is strength -- just like Orwell said. This morning, following NPR’s lead, The Guardian announced that it will no longer call the Georgia abortion bill “the heartbeat bill” because it is “not medically accurate.” It will now be called “ the six week abortion ban.” 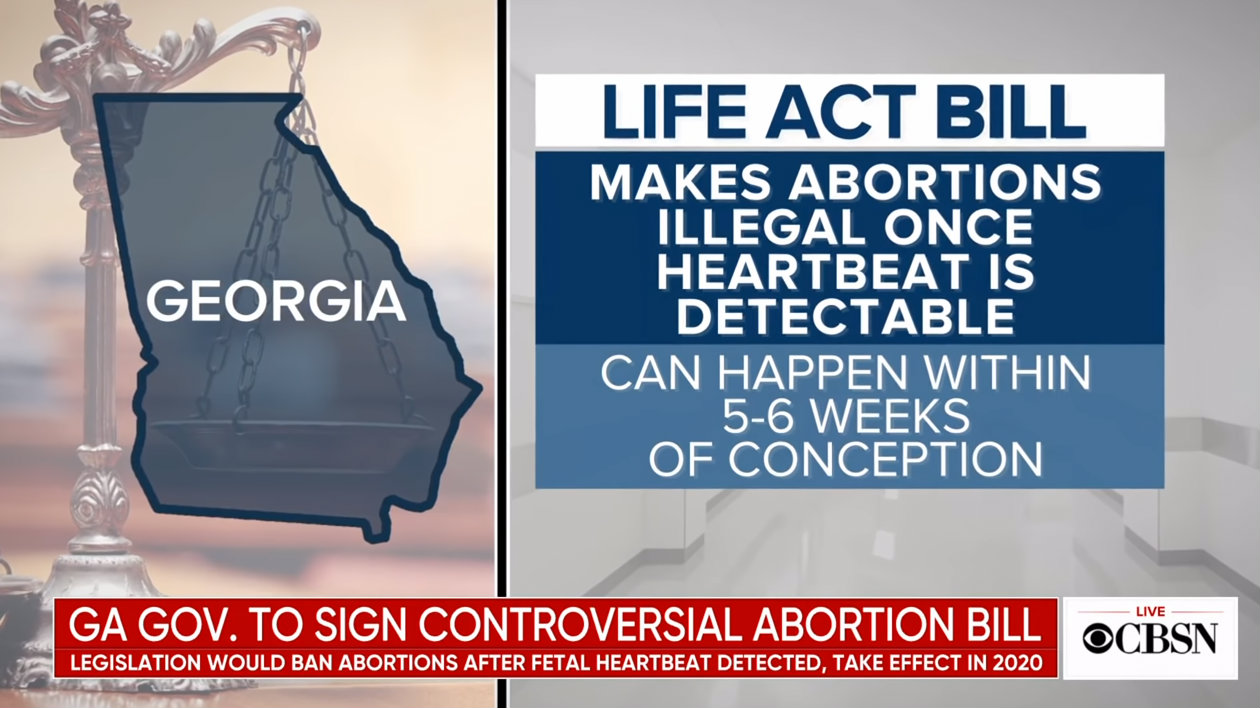 This follows The New York Times’s decision to replace the phrase “fetal heartbeat” with “embryonic pulsing” in an article published on May 29th. The supposed medical basis for this linguistic sleight of hand comes from a group of OB-GYN abortion advocates who claimed that an embryo’s heart is really just “a cluster of pulsing cells.”

According to the The Guardian’s announcement,

The Guardian’s updated style guide on abortion bans is in line with the view of the American College of Obstetricians and Gynecologists, the largest professional organization for doctors specializing in women’s health.

Despite its claims, The Guardian is not actually committed to total medical accuracy. U.S. editor-in-chief John Mulholland stated, “We want to avoid medically inaccurate, misleading language when covering women’s reproductive rights.”  But the term “women’s reproductive health” makes no medical sense as a substitute for “abortion.” Pregnancy is not a disease. An abortion does not restore a woman’s health (except in exceptionally rare cases); an abortion always kills a human being.

Mulholland added “the language around [the abortion bans] is often motivated by politics, not science.” However, he neglected to note that the slogan “my body, my choice” is itself a politically charged, medically unfounded manipulation of language. The human organism that occupies a woman’s womb is a completely separate living entity from its mother; it has a different DNA and sometimes a different blood type. That is why when a doctor treats a pregnant woman, they recognize that they are in-fact treating two distinct people.

If The Guardian, The New York Times, and NPR were truly committed to purging medically inaccurate, political jargon, they would refrain from calling abortions “reproductive health” and pro-abortion rights groups “pro-choice.” But, not only do they persistently use these euphemisms, they advertise them. To them, “abortion” is a dirty word that should be avoided at all costs. After all, the word “abortion” brings up grotesque mental images of what the procedure entails -- images that are harmful to the “pro-choice” cause.

The real motivation behind The Guardian’s terminology isn’t to promote accurate reporting but to dehumanize unborn life. Though this has been the liberal media’s agenda for years, NPR and The Guardian have made it plain and clear by publishing their guidelines. They have proved our long-held suspicions.