Fetus-Fixated NPR Lingo Czar: 'Babies Are Not Babies Until They're Born' 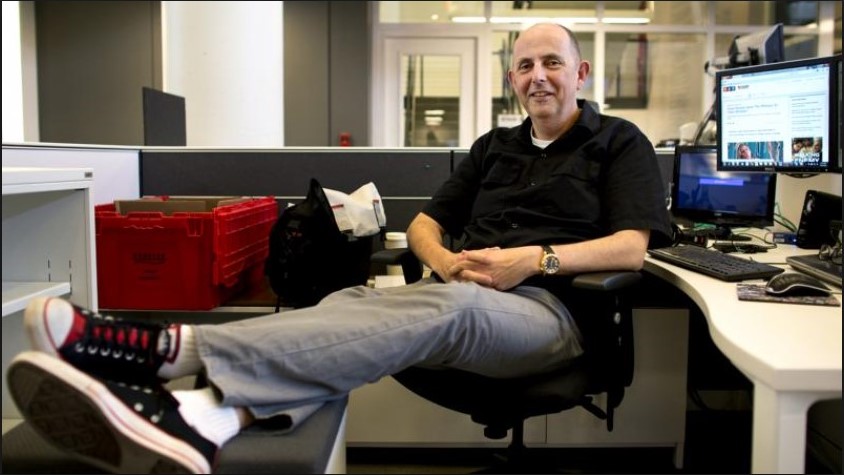 Ramesh Ponnuru at National Review pointed out that NPR standards-and-practices guru Mark Memmott issued a new memo -- a "guidance reminder" -- instructing his taxpayer-funded staff how their language on abortion should not concede anything to "antiabortion groups." It isn't about objectivity. It's about using language to shift public opinion.

According to NPR, Memmott is "charged with cultivating an ethical culture throughout our news operation." Unbelievably, this memo is summarized as "We need to be precise, accurate and neutral."

It's fascinating that liberals who are so exquisitely sensitive about the dignity and humanity of the "illegal immigrant" -- don't use that term! -- or the people denying their gender "assigned at birth" can so easily dehumanize babies with the term "fetus," which we've called the F-bomb of abortion terms. To Ponnuru:

Here’s the most unself-consciously propagandistic portion of the memo: “Babies are not babies until they are born. They’re fetuses. Incorrectly calling a fetus a ‘baby’ or ‘the unborn’ is part of the strategy used by antiabortion groups to shift language/legality/public opinion.”

This allegedly erroneous usage of “baby” is, in fact, the one that basically all users of English embrace when not specifically contemplating abortion. Here, for example, is the Mayo Clinic, telling new parents “how your baby grows and develops during the first trimester.” Or check out this page from the Cleveland Clinic—or don’t, if prenatal uses of “baby” are triggering for you. (“At the moment of fertilization, your baby’s genetic make-up is complete, including its sex.”)

If only NPR found putting out pro-abortion spin as unacceptable as it finds the phrase “pro-abortion.”

Proponents refer to it as a “fetal heartbeat” law. That is their term. It needs to be attributed to them if used and put in quotation marks if printed. We should not simply say the laws are about when a “fetal heartbeat” is detected. As we’ve reported, heartbeat activity can be detected “about six weeks into a pregnancy.” That’s at least a few weeks before an embryo is a fetus.

It's almost amusing at how the liberals insist on making terms more awkward to avoid making abortion sound harsh, like someone is being killed:

NPR doesn’t use the term “abortion clinics.” We say instead, “medical or health clinics that perform abortions.” The point is to not to use abortion before the word clinic. The clinics perform other procedures and not just abortions.

Do not refer to murdered Dr George Tiller as an “Abortion Doctor.” Instead we should say Tiller operated a clinic where abortions are performed.

This sounds like a recycled memo, since Tiller (who specialized in third-trimester abortions) was murdered in his church ten years ago in May. Personally, I think we should just refer to abortion doctors as "assault weapons."