On Wednesday, The Huffington Post released an exclusive interview with Global Teacher Prize finalist Andrew Moffat to discuss his “No Outsider” teaching program in the U.K. that has been protested by many angry, religious parents, particularly from the Muslim community. The honest reporters at HuffPost U.K. framed Moffat’s program as promoting “equality across all sections of society” and teaching children about “diversity and LGBTQ rights,” with no regards to parents’ protests. 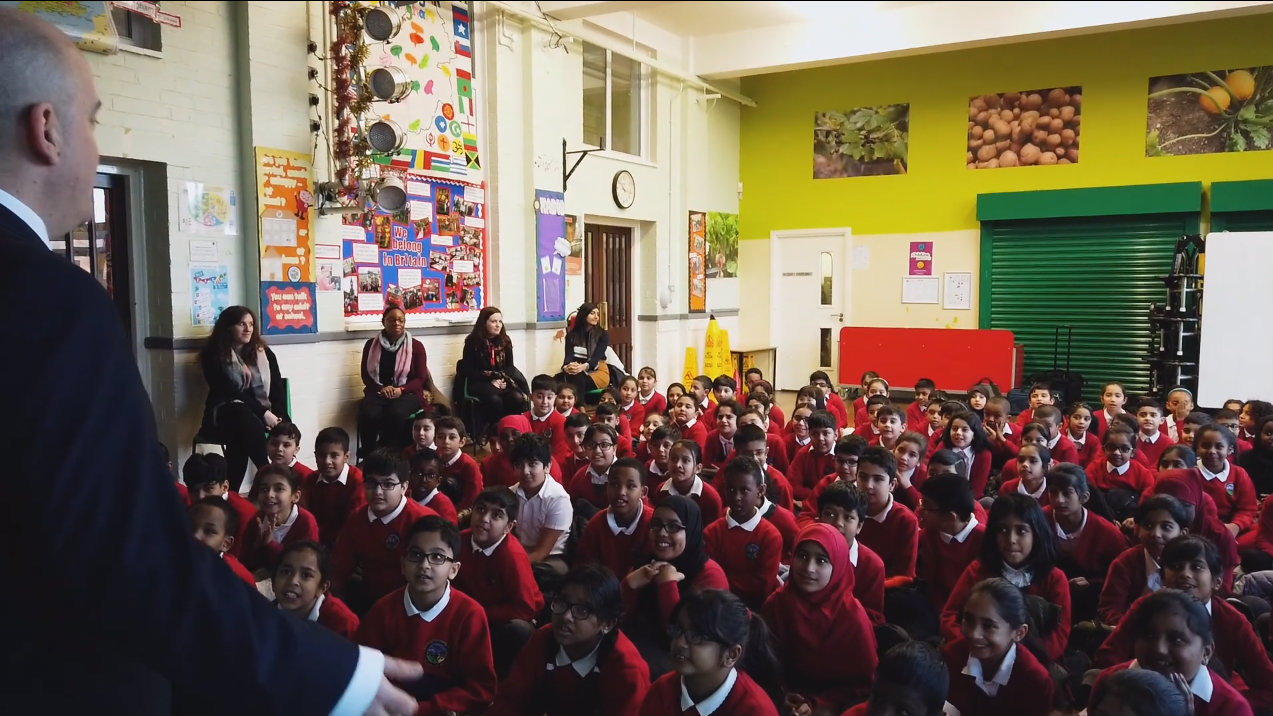 Given the ardent opposition to the No Outsiders program and the situation’s complexity, you would think that HuffPost would have some hard questions ready for Moffat. That’s where you’d be wrong. Instead, HuffPost threw the author softball questions such as “Who were your role models when you were growing up?” and “What was school like for you?”

In response to the question, “How have you dealt with the attacks aimed at you?”, Moffat stated, “At the moment we’re having challenges at my school, but that’s one school.” This is inaccurate. According to a report by The Guardian, seven primary schools have attempted to discontinue Moffat’s program. Additionally, an academy trust in Birmingham has already suspended the No Outsiders program.

The controversy first arose when Fatima Shah pulled her 10-year-old daughter out of the Birmingham school where “No Outsider” was being taught. Shah argued that the children were too young to be learning about same-sex marriage in the classroom. “Children are being told it’s OK to be gay yet 98 per cent of children at this school are Muslim. It's a Muslim community," said Shah.

A blog post by former BBC News journalist Shelley Charlesworth thoroughly detailed the parents’ opposition. The post highlighted a quote from Shah saying, “My child came home and told me am I OK to be a boy?” Her daughter’s confusion is a natural consequence from listening to the stories in Moffat’s book, “No Outsiders in Our Schools: Teaching the Equality Act in Primary Schools.” One story, called “10,000 Dresses,” talks about a boy named Bailey who dreams about wearing dresses. Even though everyone in the story insists that Bailey is a boy, the narrators refer to him as a “she.”

Another part of the post revealed that Moffat was a speaker at the 2008 No Outsiders seminar at the University of Exeter. The seminar was titled “Queering the Body; Queering Primary Education” and asked questions such as, “How might we create primary classrooms where gender-queer bodies and queer sexualities (for children and teachers) are affirmed and celebrated?” and “What do we lose if desire and pleasure are banned from the classroom?” These were questions regarding the bodies of 5 to 11-year-old children.

Moffat asserted to HuffPost that he is not promoting his own personal beliefs, “I’m teaching kids about equality.” However, later in the interview he contradicted this statement, admitting, “I did go to [the Birmingham] school deliberately four years ago, thinking there might be challenges.” If Moffat is as objective as he claims to be, there would be no reason for him to start trouble. The reality is that Moffat is politically motivated.

Any journalist worth his salt would be able to pick up Moffat’s inconsistencies, but apparently HuffPost isn’t interested in real journalism. At no point does the interviewer press Moffat on his contradictory statements. That’s because HuffPost agrees with Moffat’s agenda and seeks to promote it.