On Sunday, the entire NFL decided that it would honor victims of social injustice and police brutality. All, except for one player. Pittsburgh Steelers left tackle, and former Army Ranger, Alejandro Villanueva, decided to depart from that narrative. 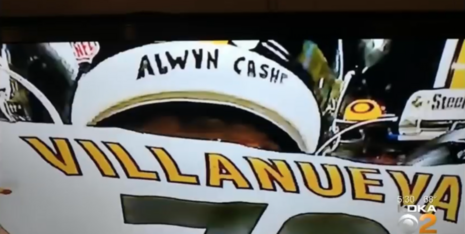 For the duration of the 2020 season, the entire Steelers locker room had agreed to display the name of Antwon Rose Jr., a seventeen-year-old boy who was fatally shot on June 19, 2018 by an East Pittsburgh police officer, on the back of their helmets. On Sunday, however, Villanueva covered up Rose’s name with that of Alwyn Cashe.

"According to the Military Times, Cashe was killed in action 2005 while serving in the Army during Operation Iraqi Freedom.

Cashe, a Sgt. 1st Class died while rescuing fellow soldiers from a burning vehicle. He was posthumously awarded the Silver Star.

After debate whether his actions warranted an upgrade, Secretary of Defense Mark Esper has agreed that he would endorse upgrading Cashe’s award to a posthumous Medal of Honor."

Considering Villanueva's past "transgressions" (daring to walk out of the tunnel, away from his team who were all in the locker room, to stand for the national anthem several seasons ago,) this incident led to a firestorm on Twitter.

Jemele Hill, contributor to The Atlantic, paved the way for it:

This prompted former MLB beat writer, and first Latino to serve as president of the Baseball Writers' Association of America, Jose de Jesus Ortiz, to respond: 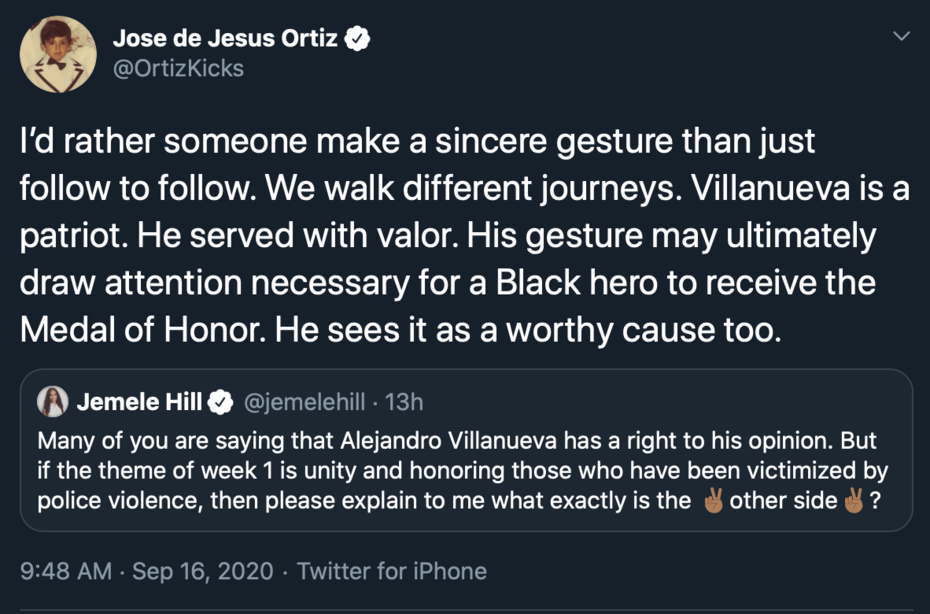 To which Hill feigned ignorance about the theme of social justice, unity, and the fight against "systemic racism” only being a one-week initiative by the NFL, in order to paint Villanueva in the wrong. Considering the fact that the Steelers organization is honoring Rose all season, the question of “why pick this week with this theme” is an insincere one: 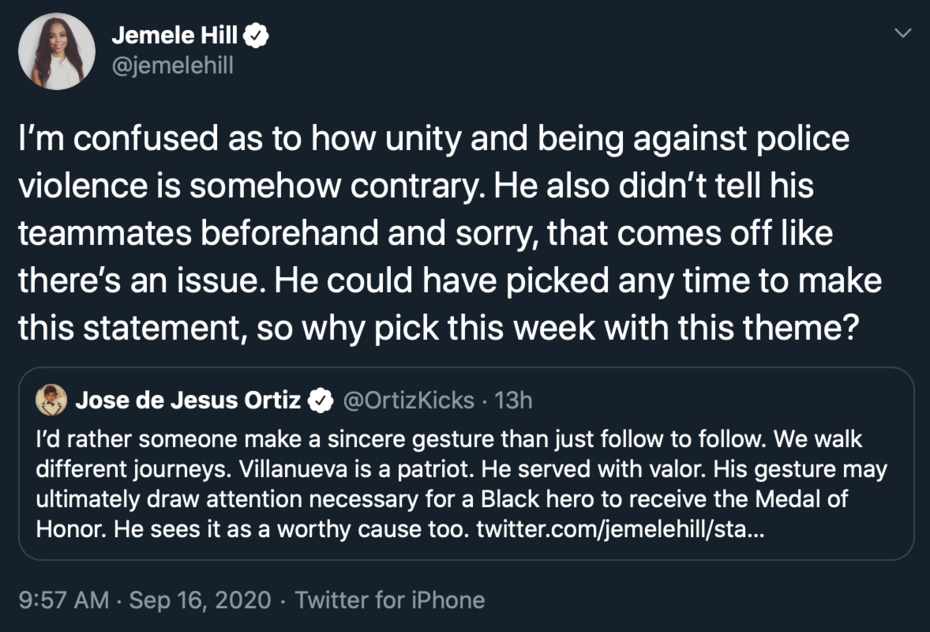 But that will not stop those in the media who sympathize with Hill from trying to stir up controversy in their locker room over this.

It is worth noting that the officer, in Rose’s case, was responding to a reported drive-by-shooting that involved the vehicle Rose was in. Rose was shot three times in the back as he attempted to run from the scene where his friend was being handcuffed. The officer claimed that he thought that he saw Rose carrying a gun as he ran.

An empty 9mm magazine was found on Rose’s body and the County Medical Examiner found gunshot residue on Rose’s hand; a 9mm handgun and .40-caliber handgun were both found in the car Rose was escaping from. Rose’s DNA was also later found on the 9mm handgun.

The officer in the case was charged with criminal homicide. After a four day trial (consisting of a four hour jury deliberation,) he was acquitted on all accounts.

The city and their former officer later settled a civil suit with Rose’s family for 2 million dollars. The goal of the suit “was to come up with a figure that would cause police officers in the East Pittsburgh area to think before they pull the trigger and force the city to consider better training.”

All of this may or may not have played a part in Villanueva’s decision on Monday night. But regardless, honoring a fallen war hero should never be controversial, despite what Hill and others in the media would like you to believe.