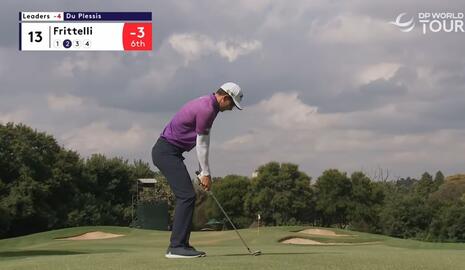 Three sports in Europe and Africa -- golf, cricket and rugby – have already been impacted by reactions to the arrival of Omicron. Several European golfers withdrew from a DP World Tour tournament in Johannesburg, South Africa. The Netherlands canceled its cricket series against a South African rival. Rugby games were postponed. EU Commission President Ursula von der Leyen recommended the suspension of flights until more becomes known about Omicron.

Might flight and sports shutdowns be headed our way? Don’t put it past Dr. Fauci; his trigger finger ever ready to recommend shut-it-all-down mode. For now, it’s yet another tool for him and the Biden Administration to push vaccinations.

“So it clearly ... has the capability of transmitting rapidly,” said Fauci, the doctor of doom. “That’s the thing that’s causing us now to be concerned, but also to put the pressure on ourselves now to do something about our preparation for this.”

COVID-19 infections and deaths are currently in decline in the U.S., but they are on the increase in Africa.

Wasn’t the Delta variant supposed to be the second coming of the plague in America? Wasn’t that variant over-hyped and essentially used as a scare tactic to pressure people to get vaccinated? Are we heading there again?

As sports fans returned to college and pro football, baseball, hockey and basketball in huge numbers this fall, fears of super-spreading masses of spectators were not realized. How many times can health experts cry the sky is falling?

Unlike Dr. Fauci, who said the return of maskless spectators to football stadiums this fall was not smart, another high-profile health official is not as pessimistic about Omicron. Dr. Francis Collins, director of the National Institutes of Health in the United States, has not seen any indication that Omicron causes more serious illness than previous variants.

"Obviously, as soon as we find out more information, we'll make a decision as quickly as we possibly can. You always put these things on the table, but you don't want to say you're going to do it until you have some scientific reason to do it. That's the reason why we're rushing now to get that scientific data to try and make an informed decision about something like that.”

The devil’s in the details and what he's not saying. What “decision” is being considered? What “things” are being put on the table? Will it result in shutdowns of businesses, churches and sports arenas again?