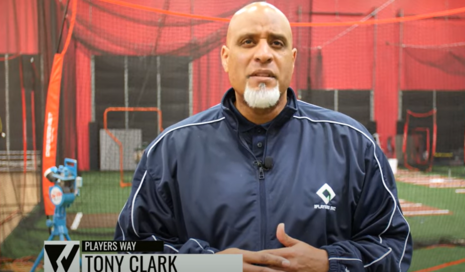 Georgia’s attempts to preserve election integrity may clean up future elections … at the cost of cancellation as this year’s host of the Major League Baseball All-Star Game. The MLB Players Association (MLBPA) and media lemmings are crying voter suppression over Georgia’s new election laws, and now there is a growing crescendo of calls for moving the 2021 All-Star Game to another state.

States passing social issues laws that don’t pass the left-stream media’s PC smell test have been punished by pro and college sports before. It could happen again in Georgia. A Thursday column by the Los Angeles Times called for MLB to move the All-Star Game out of Atlanta. The Sports Business Journal agreed.

Yahoo’s Cassandra Negley is practically giddy about dinging Georgia. She says there’s a precedent for doing so. Negley wrote: “The NBA moved its 2017 game out of Charlotte, North Carolina, following laws that limited anti-discrimination protections for the LGBTQ community.” The NCAA piled on, too, removing postseason basketball games from North Carolina. All because that state passed a law to keep male predators out of women’s public restrooms and locker rooms.

Bleacher Nation’s Brett Taylor came on even stronger than the previously mentioned writers. He says “there would be nothing unusual about the Major League Players Association taking up against Georgia’s new voter restrictions law, which many believe is directly targeted at limiting accessibility to Black voters in the state. …”

What did Georgia’s Republican-controlled legislature do that was so bad?

The new Georgia law will require photo ID for absentee voters, reduce the time-period for people to request an absentee ballot and limit where ballot drop boxes can be placed. The legislature will also appoint someone other than the secretary of state to chair the state election board. These moves came in response to highly contentious, if not scandalous, events during the lengthy election process in Georgia a few months ago.

Like the media sheep, Tony Clark (above photo), executive director of the MLB Players Association, believes Atlanta ought to lose an event that will generate loads of money for its economy. And his reasoning is actually a put-down of his fellow African Americans, one that demonstrates he doubts their abilities to follow voting instructions.

“Players are very much aware” of the Georgia voting bill, he said, adding that some people believe it will make it more difficult for Black voters to reach the polls. “As it relates to the All-Star Game, we have not had a conversation with the league on that issue. If there is an opportunity to, we would look forward to having that conversation,” Clark added.

Also, Negley stressed how “Georgia has been at the center of the voting rights battle for decades and grassroots organizers have worked tirelessly to make it easier for residents to utilize their constitutional right to vote. … Athletes were heavily involved in voting rights and access in the state from the WNBA player(s) campaigning for Raphael Warnock to LeBron James' More Than a Vote initiative. More Than a Vote has already started a new campaign fighting against laws restricting voter access.”

MLB’s 91st annual All-Star Game is scheduled for July 13 at Truist Park in Atlanta, home of the Braves. For now.