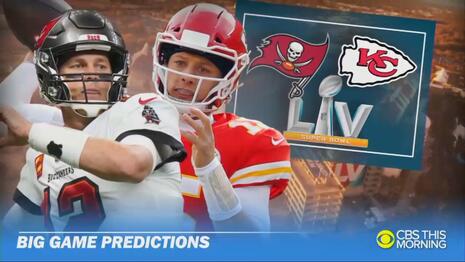 Jason Reid of The Undefeated and other media are grumbling about diversity in the NFL. And then there’s USA Today investigative reporter Josh Peter’s feature on how the pandemic is impacting business at Tampa Bay’s “vaunted” strip clubs.

Peter set out to learn this week if, in the era of a pandemic capping Super Bowl attendance at 25,000, it will be business as usual at Tampa’s strip clubs. He found a glimmer of hope in a few gentlemen’s clubs in the city hosting Super Bowl 55 and wrote: “In a city that has been hailed as ‘the strip club capital of the world,’ nothing has energized the industry and made it rain cash like the Super Bowl has. That is until there was the coronavirus pandemic.

“How the two dozen or so clubs in Tampa will fare this week seems to be as much of a mystery as who will prevail when the Tampa Bay Buccaneers play the Kansas Chiefs Sunday at Raymond James Stadium.”

Don Kleinhans, an operating partner of 2001 Odyssey, told Peter he didn’t have the slightest idea of what kind of business to expect without the expected influx of out-of-town entertainers. “Typically what would happen on a Super Bowl time, which we’ve gone through three of them now, we would have an influx of entertainers about a month before the event.”

With fewer customers around, the dancer Kitty stripping at Mons Venus was planning to increase her rates for a VIP dance from $150 to $200. Peter counted just six paying customers there, his hard-hitting story reports.

Owner Joe Redner confirmed COVID-19 is hurting business, and added, “Not everybody is as conscientious about it as we are.’’ The coronavirus was present and spreading in the city’s strip clubs, where mask requirements were strictly enforced, but clothing not so much. “I know, everybody laughs about it," Kleinhans said. “They’re fully nude but the one thing that’s covered is their mouths and nose.’’

Kitty, who strips at Mons Venus, tells customers to wear their masks while she takes off everything she’s wearing except for a mask: "If I can wear it, you can wear it.’’ Oh, the rich irony!

The USA Today story also highlights Taylor, a Penthouse stripper, who has previous Super Bowl experience going back to 2012. “I bought a car, a house with a swimming pool and still had money left over,’’ she gushes over the fruits of her sordid labor. The veteran dancer says she’s “just happy to even have an opportunity to be working this weekend. I’m not coming in with large expectations. Just the opportunity itself is amazing to me."

This feature story on the sexual objectification of women is so ironic, if not moronic, for a newspaper that has rightly criticized the NFL, including its recent story on alleged domestic abuser Chad Wheeler.