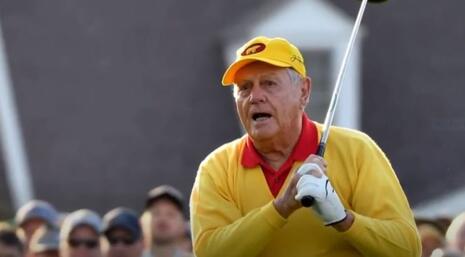 President Donald Trump is gaining support from MMA fighters and legendary sports figures, causing consternation for USA Today, which was none too pleased about this development. Jack Nicklaus and Brett Favre made headlines this week for lending their support to the president, golfer Bryson DeChambeau is a Trumper and Politico featured the anti-wo bros -- several fighters who've come out swinging for Trump and against woke athletes

Politico's Marc Caputo said all politicians view themselves as fighters, "but none has ever had as many in their corner as Donald Trump." The President has sought to capitalize on his popularity with influential mixed-martial artists and gain voting traction among young males. He has elevated mixed martial arts fighters into "full-blown campaign surrogates spreading his Make America Great Again gospel at swing-state rallies and fundraisers," Caputo wrote.

“Donald Trump is a fighter. We see a fighter in him,” said Colby “Chaos” Covington, the UFC’s top-ranked welterweight contender, who spoke out for Trump and against woke athletes like LeBron James.

“He’s (Trump) exposed the fake news. He's got smear campaigns against him. The Hollywood elite is teamed up against him. And in him, we see a guy that is still resilient and still fighting back for the better of America,” Covington added.

And just last week, Covington said: "Congrats, LeBron, on setting the record for the least-watched NBA finals in history. You wish you could blame it on the pandemic but everybody's just sick of your woke bulls***.

Hall of Fame former NFL quarterback Brett Favre announced that Trump has his vote. "My Vote is for what makes this country great, freedom of speech & religion, 2nd Amnd, hard working tax paying citizens, police & military," he tweeted. "In this election, we have freedom of choice, which all should respect. For me & these principles, my Vote is for @RealDonaldTrump. #Vote"

While plenty of Twitter accounts supported Nicklaus’ fawning treatise on Trump, many others did not. There was outrage. There was anger. And, worst of all for Nicklaus, there was genuine shock that a beloved role model could let down so many who had rooted for him for decades.

Nicklaus wrote a lengthy tweet explaining his support of the President. Among his comments, he said, "In my opinion, (Trump) has been more diverse than any President I have seen and has tried to help people from all walks of life – equally.”

Brennan moaned she could write a half dozen columns refuting that sentence alone. Exhibiting Trump Derangement Syndrome, she spewed allegations that Trump "has consistently and reprehensibly denigrated women and people of color," "has been accused of sexually assaulting or sexually harassing at least 26 women" and "has waged war on Black athletes."

While the snowflake Brennan melted down, plenty of other current and former athletes have lined up in support of this president.

A current golf star, 2020 U.S. Open champ Bryson DeChambeau, is also a fan of President Trump. In an April interview, he said, "I am extremely honored to represent Trump Golf and have the relationship with the Trump Organization that I have. From Larry Glick, to Eric Trump and Donald Trump Jr., the entire team is always behind me 100%, and I am grateful for their support."

DeChambeau said it was "truly an honor" when he played golf with the President in 2017. That's certainly not a campaign endorsement but, given the feverishness of lefty cancel culture, just acknowledging a relationship with Trump is pretty bold.