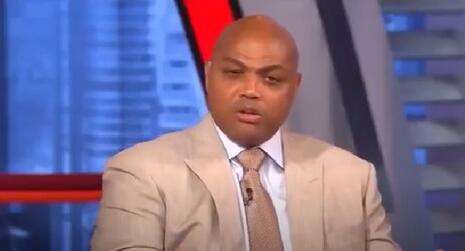 In its third episode of The Arena, TNT again hit viewers with Black Lives Matter, "no justice no peace," "I can't breathe" protest anger, right out of the starting gate. The Arena also struck positive tones with a feature on NBA arena workers who lost their jobs because of the COVID19 shutdown and another on a woman who brought people together in peace in the streets of Philadelphia. The subject of black-on-black crime surprisingly emerged during the broadcast.

The curtain opened to Carvens Lissaint, a cast member of Hamilton, reciting "Embers in the Dark":

"Watch how we rise together, how we ascend past the fear, take flight past the hate. Our love for the game intact, alive, and true. Our swag is fly as ever, still powerful, strong, and new ... We keep marching and moving, break down these institutions, so pass the rock so we can slam dunk this revolution. Can you hear it, the anthem of our youth?"

The tone lightened up considerably with a positive feature on Stephania Ergemlidze, a social media star and entrepreneur in Philadelphia, who set up a basketball hoop in the street and brought people together in peace through shooting baskets. Cops and protesters alike participated in order to "break that ice."

Video of the event included people calling for more "positive things like this so that we can bring our city of Philadelphia community as well as our world back together" and Ergemlidze explaining: "Yelling at the police officers wasn't going to create the change. We're all in this community together. It's all about just breaking that tension, creating, like, a place for people to be able to come out and just be happy and enjoy themselves."

Ergemlidze said hooping it up won't end racism, but, "[w]e're just trying to break the tension so that maybe we can come together as a community and find the right solutions to get to a better place in our country and in our society."

Another segment focused on the struggles of NBA arena workers who lost their income when the season was suspended in March. Some were merely told to apply for unemployment, but several NBA players donated to funds to support the workers.

Later, Barkley said he's been stopped by the cops 100 times, but only had three bad experiences. He said that most of the time, respectful police asked him for an autograph.

Additionally, Draymond Green brought up the black-on-black crime, seldom discussed by those on the Left, and the recent shooting death of Michigan State University long jumper Tony Martin.:

We have to continue takin' care of our own, too. We're killing our own. That's a young man who had a very promising future. And as someone who made it out of that city, it's not every day that someone makes it out. You actually had a kid that made it out, and you know, he's killed at a gas station. So, we have to do better amongst each other and take care of each other, because it's hard enough already.

The Arena continues Thursday and Friday nights on TNT.