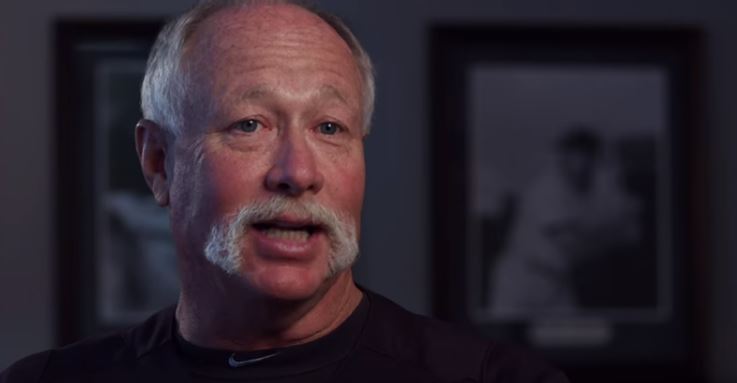 Hall of Famer Rich "Goose" Gossage made "incendiary" remarks about Democrats and baseball, and progressive sports writers are blowing gaskets about the "infidel" criticizing their preferred political party. Gossage said baseball teams are watering down spring training workouts and over-using analytics to ruin the game, something akin to Democrat control freaks in politics. His political comparison prompted quick rebuttals from writers at USA Today and the blog 12Up.

Gossage's remarks came in a phone conversation with Marc Topkin of the Tampa Bay Tribune, and the other writers then wrote angry responses to the anti-Democrat remarks by the former New York Yankees' closer.

"These (stat-driven) workouts are all eyewash. It’s a bunch of (expletive)," Gossage said. "It’s like the Democrats are running baseball. ... They’re trying to control something that is uncontrollable. And they’re taking all the beauty out of the game.’’

Gossage poked fun of baseball media for being overly concerned about hitters' launch angle. "They’re all really smart, but they have no respect for knowledge of the game. None. … We’ll see if it lasts and survives the test of time like the old game did. ... I don’t even recognize this game that they’re playing. I really don’t. You get paid all this money for doing less, doing half.’’

In light of the media's obsession with the Houston Astros' sign-stealing scandal, Gossage said sign stealing has been common in baseball for a long time. Former Milwaukee players Paul Molitor and Robin Yount were especially adept at it, he charged. Baseball is also gripped by analytic madness, and Gossage said:

Go ahead boys, take all the credit — fire up your computer, put in all the information and see what it comes up with. (Yankees GM Brian) Cashman has 20 of them (guys) running around. He stops and 20 of them bump into each other.'

USA Today's Chris Bumbaca shot back at Gossage, instantly assuming that most fans would disagree with the Goose for dissing the media's preferred political party:

Every year during spring training, on cue, Baseball Hall of Famer Goose Gossage manages to tear into the state of the game with his oft incendiary statements that rile up the majority of baseball fans.

Gossage adheres to the 'get off my lawn' attitude. He is the embodiment of the 'Old Man Yells At Cloud' meme from The Simpson's.

And in 2020, the former right-handed pitcher took it upon himself to make a political comparison, likening MLB to the DNC.

Bumbaca's politics are no mystery. He recently wrote about athletes wearing Trump hats and causing an uproar, and has given soccer wild woman Megan Rapinoe a microphone for her social justice causes as well.

Michael Luciano, of 12Up, did not take kindly to Gossage's remarks either, writing:

The Hall of Fame reliever, who spent time with the Yankees, Padres, and White Sox, once again ranted about how he can't stand these new-fangled analytics "ruining" the game he loved. Gossage claims that he can't even watch nine innings of baseball anymore, and "perfectly" summed it up (if you're dumb) by saying that 'Democrats are running baseball.

Luciano's headline urges others to stop asking Gossage for his opinions during spring training.