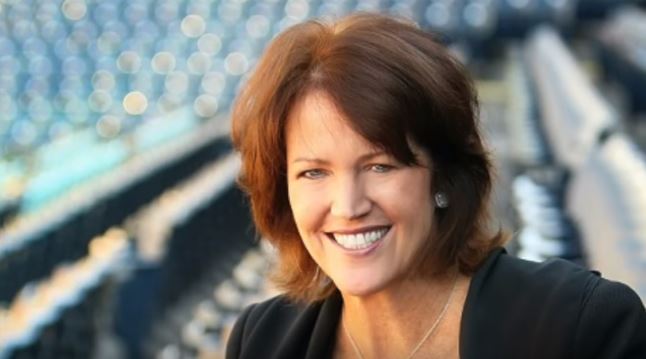 To win the Red Smith Award for sports writing is tantamount to having one's left-wing credentials enshrined by the Associated Press, which has given this accolade since 1981. Mitch Albom and Bob Ryan, among others, are past winners, and neither is known for conservative views. Nor is Christine Brennan, a USA Today writer who claimed the award for 2020.

This award is named in honor of Walter Wellesley "Red" Smith (1905 – 1982), whose writing over five decades influenced a generation of sport writers. He was only the second sports columnist to claim a Pulitzer Prize for distinguished commentary, in 1976.

Brennan acknowledged the significant influence of past winners:

"This is such an honor. I’ve been so fortunate to know or work with quite a few of the Red Smith Award winners over the years. They have been my role models, my editors and my mentors, so to join them is very humbling."

USA Today writer Chris Bumbaca notes, "For more than two decades of her storied career, Christine Brennan's byline has graced USA TODAY's print pages and website as a sports columnist — breaking monumental stories, giving a voice to the voiceless and commenting on the intersection of sports and society.

"Now, she will join a list of journalism’s greatest sports writers."

Last fall, the NFL offered to give Kaepernick a tryout for all of its teams, and Brennan was filled with joy that he would finally get what he deserves: "Black-listed by NFL owners because of his decision to protest social injustice and police brutality during the national anthem, Kaepernick deserves this opportunity, no matter how strange the timing is."

Brennan was irate that Republican lawmakers in Wisconsin shot down a resolution that would include Kaepernick's name among African Americans honored during Black History Month. This man gave a million bucks to charity, she raged:

"Democratic state Rep. David Crowley, who wrote the resolution, called the GOP’s power-play 'a textbook example of white privilege' and a 'slap in the face.' " History will not be kind to these anti-Kaepernick lawmakers, Brennan predicted.

An unsigned Kaepernick is bad for the NFL, Brennan moaned.

LGBT mouthpiece media made a big fuss about homosexual ice skater Adam Rippon at the 2018 Winter Olympics in Korea, and Brennan was right in the middle of that. Rippon was angry about VP Pence's presence at the games and practically accused him of wanting to use torture techniques on LGBT people. Brennan helped perpetuate the LGBT narrative:

"The widespread belief that Pence supports gay conversion therapy comes from a statement he made in 2000 on his congressional campaign website: 'Resources should be directed toward those institutions which provide assistance to those seeking to change their sexual behavior'."

Brennan was part of media groupthink that falsely accused the vice president of engaging in a battle with Rippon. She also thinks the NFL needs gay players in order to be more viable in the future. For 100 years, it apparently has not been viable!

Last August, Brennan ridiculously demanded that America's 2020 Olympians delay any visit to the White House until after the November elections. Obviously hoping they'll be welcomed by a different administration.

When former President George H.W. Bush died, Brennan wrote a glowing tribute. It stemmed from a long working relationship between her father and the former prez, and it is an anomaly in her career rather than anything approaching a career filled with fairness. Her writings have zinged the current president numerous times.