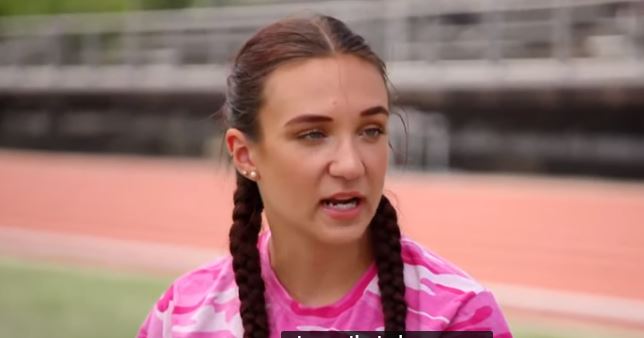 Their suit, says Zirin, misgenders two track and field competitors, "saying that it is time to call for an end to 'boys displacing girls in competitive track events in Connecticut.' These dangerous, reactionary assumptions are on the table thanks to a powerful Christian conservative legal organization and the people it has fronting for its lawsuit." That would be ADF, a legal ministry headquartered in Scottsdale, AZ, that defends the sanctity of human life and religious liberty.

Zirin perpetuates the stubborn left-wing myth that boys can be girls and girls can be boys and no one should stand in the way of their gender confusion. Certainly not in the arenas of athletic competition:

"There is a right-wing campaign afoot using the presence of transgender, intersex, and gender nonconforming women in sports as a stalking horse to attack the already limited and precarious civil rights held by the trans community. Around the country, legislation is being introduced aimed at keeping high school trans athletes off the playing field. But a new level of TDS (trans derangement syndrome) is being posited by a lawsuit in the state of Connecticut."

Zirin rejects ADF's contention that trans women are not in fact women, and Title IX, a law calling for the equality of resources for women in publicly funded spaces, should not cover trans women. "In fact, it can be weaponized against them," he declares.

The plaintiffs in the Connecticut lawsuit are "the tip of the spear for the organization running this effort, a powerful, connected, and shadowy (is there any other kind?) conservative think tank called the Alliance Defending Freedom," Zirin says.

As a large "legal force" for the religious right, ADF is diametrically opposed to the extreme leftist agenda championed by Zirin. The legal organization actually favors abortion restrictions, attacks LGBTQ rights in the courts and wants Title IX to be used as a "cudgel" to deny trans rights, he charges.

"If there was a bakery that didn’t want to sell a wedding cake to an LGBTQ ceremony, the ADF would be there," Zirin groans. "They have been designated a 'hate group' by the Southern Policy Law Center, something they trumpet as a way to gin up donations. Now, they have a new target and a new agenda: specifically going after trans people—and it goes way beyond sports."