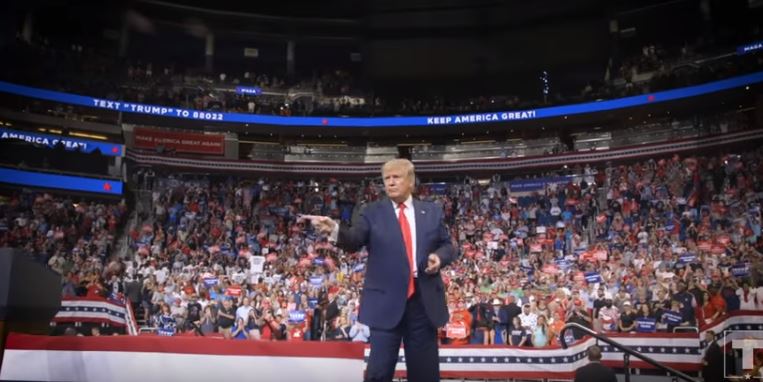 Blame it on "Basketball Jones" sports junkie and former President Barack Obama for making sports analysis a presidential priority over world and domestic affairs. President Donald Trump passed on an opportunity to break down the Super Bowl match-up with the detail his predecessor did on NCAA Tournament brackets, and that makes the current occupant of the Oval Office ignorant about who's even playing in the NFL championship game.

SBNation's Editor-In-Chief Graham MacAree tries to take President Trump down to size for appearing "temperamentally focused on the minutiae of celebrity over the actuality of governance." All because the president tweeted this about the Kansas City Chiefs and San Francisco 49ers:

"Well, I love them both, let's just say. But I will tell you, some two very interesting teams and interesting players, some really great players. And it's going to be hopefully a great Super Bowl."

This bland presidential treatment of the Super Bowl doesn't begin to cut it for MacAree. Not when drone strikes on unnamed terrorists during Trump's watch are as "American" as the Super Bowl, Manifest Destiny, apple pie and 30-second Super Bowl homages to capitalism.

What else does Trump (see above photo from his 2020 Super Bowl ad) need to know before he talks about the Super Bowl, MacAree asks?:

"There might be nothing more American than the Super Bowl, but refusing to do one’s homework is up there. A fundamental truth behind American public life is the disdain for truth itself. Knowledge itself is irrelevant, sublimated into the seething mass of bullshit that powers the country on essentially all fronts. One must never admit to not knowing something, because that would imply that one cares about ‘knowing’ at all."

This president supposedly knows nothing about the Super Bowl, though his attention might be distracted by the coronavirus, "an impeachment trial being soggily conducted in the Senate," an economy to be kept running, recalcitrant countries with whom to diplomatize, and, generally, a whole-ass world to worry about."

"Given that," MacAree adds, "should we expect the President of the United States to have an opinion about e.g. Patrick Mahomes?"

MacAree concedes it would be reasonable for the head of government to focus on governmental things and ignore the Super Bowl entirely. Yet this president's brief social media reference to the Super Bowl is "the answer of a schoolboy attempting to bluff their way through class without ever having done the reading."

The Super Bowl is, after all, "one of the focal points of American life." Any president who follows Obama's Administration and his droning on to ESPN over No. 5 vs. No. 12 seeds and 4 vs.13 matchups in March Madness ought to know how important it is for presidents to break it all down for sports fans. A more thorough, time-consuming analysis of the Super Bowl should have been the "done thing, no matter how wrapped up they might be in affairs domestic and global."

President Trump -- a man who previously tried to become an NFL owner, friend of Tom Brady and Jim Brown, the candidate for re-election who's running a Super Bowl ad -- doesn't know who's playing in the biggest sporting event of the year? Ludicrous.

The prez "obviously" should have made more than a half-hearted "gesture towards the supremacy of The Game," MacAree asserts.