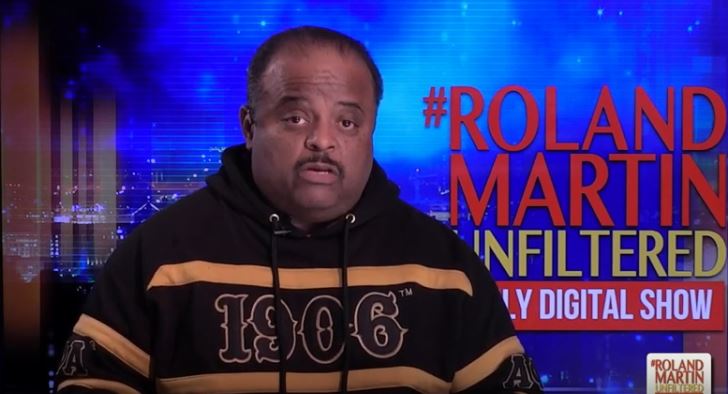 The recent hiring of three white NFL head coaches has sparked an outbreak of complaints, notably panelists on ESPN's First Take program and Roland Martin of Unfiltered: The Daily Digital Show. In their complaints against African Americans not getting any of these head coaching jobs, the media called for various levels of controls and legal means to stop the NFL for what Martin calls blatant "whiteness."

Martin is also incensed that in the past African American assistant coaches were passed over for head coaching positions because they were not serving as offensive or defensive coordinators, but now white assistant coaches with obscure assistant roles and college coaches are getting top coaching gigs in the NFL.

"Folks, here's the reality in the NFL. This boils down to whites. Whites. This boils down to 32 owners, only one of the NFL owners isn't white. That's the owner of the Jacksonville Jaguars. ... What you're seeing with this issue of whiteness in the NFL can be applied to corporate America. It applies to the folks who are on boards of directors. The reality is that whiteness is still a major issue in this country."

Martin called for prominent African American lawyers to take the NFL to court to "have depositions, have discovery to find out what is going on. If you think the NFL settled with Colin Kaepernick, imagine what could be uncovered if they start asking questions about black folks to get true opportunities as head coaches, as general managers and as team presidents. That, folks, is what is needed, and why we need to stop running around wearing NFL shirts and jackets."

Martin railed about Judge, the coach of a poor receiving corps at New England, getting a head coaching job while Eric Bieniemy, the African American offensive coordinator of the Kansas City Chief's high-octane offense, was passed over.

"We are talking about a wide receivers coach who has never even been a coordinator. We got a problem!"

Smith said there's no excusing the fact that the NFL only has one black general manager, and urged the league to give players a voice in hiring processes:

"There's no excuse for that. Whatsoever. You're essentially saying that black men can't lead black men. That black men can't lead anybody else or that is not our preference. ... Matt Rhule, respect for what he did at Temple, what he did at Baylor. But seven years? At $60 million? And oh by the way, you paid Baylor $6 million to get him out of the deal he was under before you gave him this deal? This doesn't happen to black coaches. ... There is a problem in the National Football League with black men getting accorded the respect they deserve and something needs to be said about it. That's why I said it."

Appearing on First Take, former NFL player Dominique Foxworth demanded NFL teams overcome their biases and suggested they be forced to justify their coaching hires in writing. They should not be allowed to hire people "because they feel like it," because the white candidate is similar to the team owner and that there's "some emotional component, some feeling that puts you over the top." Instead NFL teams should put into writing their rationale for their hires and their non-hires.

Foxworth continued: "... I think that that's important, because the problem that I think they are, like, raging racists and 'no, there's no way I can have a white or black person run my team and be the head coach.' I don't think that's their conscious thought." Furthermore, Foxworth said:

"... It's your bias, your unconscious, personal bias, and if you have to write down your decision, you can't put down 'I had a feeling' and look in the mirror at who they have an obligation and responsibility to. They can't then look at us and say 'yeah, I hired this guy to run my multi-billion dollar industry because I had a good feeling. Because he looked like me. Because he made me feel good. ..."

Max Kellerman of First Take stooped to the ridiculous, claiming he knows what this is really all about: "It's slavery, it's reconstruction, it's Jim Crow - we know what it is."

The final First Take panelist, Marcus Spears, called for NFL owners to overcome their biases and make it a priority to show black coaches "we see you" and to "put guys in a position to have success."